Looks like WW84 is being delayed until August 14th. I hope the pandemic clears up and allows us to see it then… 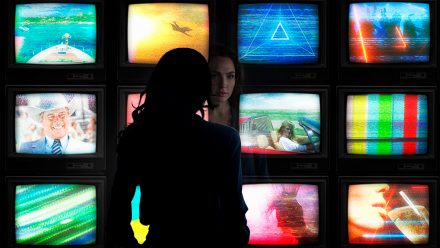 ‘Wonder Woman 1984’ Release Pushed Until August, ‘In the Heights’ Postponed...

Warner Bros. is postponing Diana Prince’s return to the big screen. Due to the coronavirus pandemic, “Wonder Woman 1984” will now hit theaters on Aug. 14 instead of June 5. The st…

Bummer. Probably for the best though. Still looking forward to it, it’s been my most anticipated movie for this year!

Well that sucks. But I get it.

Maybe they should soft release it to DCU… Then people can buy and watch! #Capitalism

I can’t believe I’m only gonna end up seeing 1 movie in theaters for the 1st half of the year (Birds of Prey). As much as I was holding out hope that it could make the June release, but this ultimately does make sense, given that the odds seem really low that theaters will be back in full operation w/ the usual crowds by then

Some movies are releasing their films digitally and then once everything clears up, in theaters. I wish that would be the case with WW84.

Hopefully, this won’t affect whoever wins the screening. Either way, whoever does win will have to wait- either to talk about the film with friends or to see the screening.

Yeah saw the news. Sucks for that wait but makes sense.

Hoping this new date works out. Really, really excited for this one.

This was the movie I was most looking forward to but it’s better to push back the release all things considered.

I understand they want to release in the theaters but something is telling me that by times things start opening up again, theaters are on the bottom of the list. Considering the state I live in, Ohio, has a stay at home order until May and I am expecting it to be renewed for at least another 2 weeks, they will open offices, factories and specialty stores first. I would expect for the soft opens to begin in June/July. Theaters are realistically looking at September. Hopefully, I am very wrong and everything is opened sooner than later.

Personally, I am not sure if I would want to be in a crowded theater after all of this for a long while. So I will be waiting for the home release.

@darkstarz Theaters will probably be last. don’t let it keep you from going to the theaters too long.

Wonder Woman got me thru my rough years… I can’t wait to see the next movie!!! I will forever remember coming home crying because I was bullied by kids at school for being the tall girl and my dad tossing me the first Wonder Woman comic where it was introducing her… My love for comics began!! Now my kids are into them and even my infants middle name is Gotham!

Too bad for the delay…