Why would GREEN LANTERN end with such a CLIFFHANGER!!!

I can’t believe they killed Aya off and just left it like that! Qe never got to even see if Razer became a BLUE LANTERN! JEEZ I can not believe this show was cancelled without a resolution!!! I am so broken hearted! 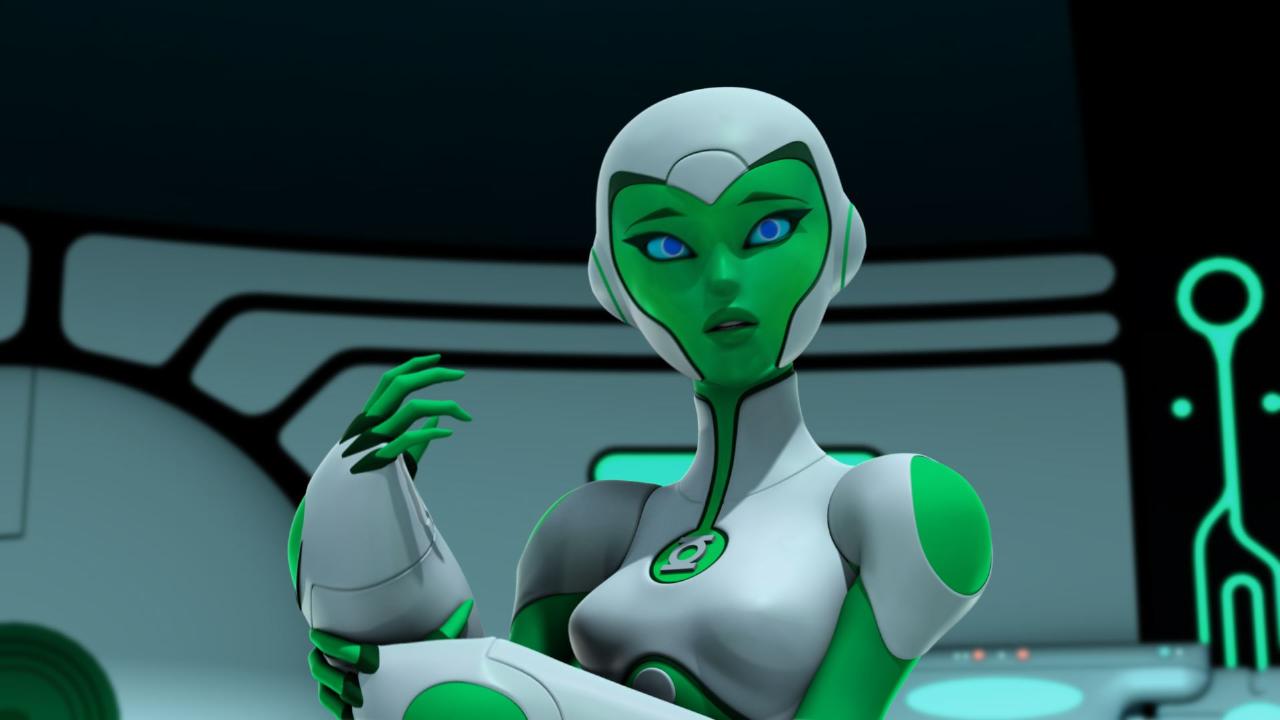 Happens all the time sadly, to be fair no idea about GL but have found out a lot of times the networks tell them to end on a cliff hanger, so might not have been the shows choice.

Blame Cartoon Network. I’m certain this show intended to go on until we reached War of Light, because Sinestro was still a Green Lantern. But Cartoon Network at the time, based a show’s success on toy sales and not on the show itself. Nobody bought GL toys because they were toys from the movie and no one liked the movie so the toys didn’t sell.

And Sinestro is still a Green Lantern. They could do a whole season with just him as main villain.

I’m pretty sure they were planning on another season, but got pulled before they could make it. It seems like it was slowly building to Blackest Night and the one appearance of Sinestro hinted at the build up to the Sinestro Corps. There were so many potential stories that they could have done in the next season, especially with Sinestro and a little more Larfleeze as well, not to mention other cosmic threats.
I mean, just imagine what an appearance from Starro could have been like. Hal and Killowog return to Oa after going out in search of Razer or on an away mission, returning to find that everyone is acting out of the ordinary. Then, as soon as they start to piece things together, Starro the Conquerer appears in the Skies above Oa and it’s revealed that the Guardians and every GL stationed on Oa or any nearby planet have been taken over by Starro, with mini Starro’s attached to their chest allowing the main one hovering in the sky to maintain control of them all. Of course, Hal and Killowog can’t do this on their own, so they need all the help they can get. However, with all GLs taken over by Starro their options are limited, especially without Razer and Aya. The only options they have would be reluctant to help, aside from the one guardian that wasn’t on Oa, that being Ganthet. However, there are a few more allies they can make a temporary truce with, but it would take some diplomacy to convince them. First, they manage to recruit the only two people on Oa who have managed to fight off the Starro parasites controlling everyone. One of them uses his ring to keep them off as long as he can and fights their control with sheer will power until Hal and Killowog can destroy the parasite and free him, that being Sinestro of course. The other is a prisoner that managed to kill a good number of Starro drones, leaving a trail right to his hiding place, that being Atrocitous. This would be the most difficult sell, but would join them eventually in return for his freedom as he’s the only one shown to be able to not only resist but kill the Starro drones, each dropping dead shortly after attaching to him, unable to handle his warped physiology from his long time wearing the Red Lantern Ring, which permanently altered his mind and biological makeup in a way similar to the last, and most reluctant recruit Larfleeze, who joins after Hal tells him that if Starro takes all of them, Larfleeze would be next and Starro would definitely take not only his lantern, but all of his stuff as well. Atrocitous would be a bit reluctant to work with Green Lanterns but his personal hatred of Starro for attempting to take over his mind would allow him to put that aside for now and work with them to defeat the galactic conquerer. So with that team, they would have the task of defeating or at least driving away Starro. Larfleeze would provide distraction with his lifelike constructs drawing his attention while Hal, Sinestro, and Killowog took care of the mind controlled lanterns with the help of Ganthet’s blue light, leaving Atrocitous to fend off Starro, with the flames of his rage searing when he sees who is on top of Starro pulling the strings. A man considered to be dead for a long time, but was only in hiding until he found an opportunity to strike. This would be the only other Guardian not under Starro’s control, Krona. Setting him up as a reoccurring antagonist for the series and eventually digging further into his back story. This would just be a few episode story arc setting up Krona, the return of Atrocitous, and furthering Sinestro’s turn and eventual banishment, with him returning for revenge with his own Lantern Corps.
That’s not to mention the return of Aya in the villain that managed to save her at the last second in order to use her as an experiment and figure out exactly what makes her so unique, then putting her in suspended animation after extracting all of the knowledge she obtained as well as how she functioned and how to replicate it, then adding it to his collection and heading straight to Oa to get all of the information that she was lacking, using what he learned to build specialized defenses against everything that the GL Corps. had to throw at him, including any trace amounts of info on the Anti-Monitor that Aya had left over in her programming after fuzing with his armor. He kept the virus from killing her by creating an antivirus to counteract it after his cloaked ship uploaded her consciousness into his mainframe for further study. I’m talking of course about Braniac, who managed to save Aya at the last second in order to conduct experiments on her, keeping her alive to add to his collection, as well as to draw in GLs and Red Lanterns who cared about her, which he discovered by probing her memories, using her as bait to set a trap for other GLs and using the Corps. as a trap to lure in the Guardians of Oa, leaving the planet free for him to gather all info that it held, bottling the main city, and destroying the planet afterwards.
This would be my idea for the next season, although the ultimate goal would be to lead up to Blackest Night.

“Blame Cartoon Network” is the correct response. Hopefully WB will see its reception here and that will motivate them to continue it. I’m sure the crew and cast would come back in a heartbeat as long as their schedules allow it.