Whose pants are smartest in the DC multiverse? 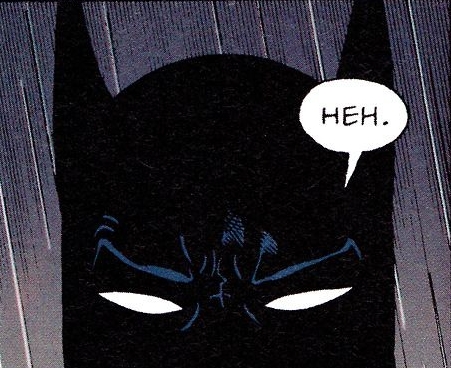 Booster Gold when he’s written by anyone else but Tom King.

Alfred Pennyworth for his dry wit.

Here’s a general rule when it comes to comedy the DC Universe: it’s not usually the characters themselves who are funny, but the situations that they get themselves into.

That’s a good point, @HCQ. I was just reading some Ted Kord Blue Beetle and thinking he was ALMOST in Spider-Man territory, so I got to wondering who’d best pair with Spidey.

Comedy in superhero comics is tough to balance with action and character. I think Spider-Man is the toughest Marvel character to do right. He has too be funny, heroic, loving to May and MJ, and still have the whiff of sad sack about him. DeSade has a good point, written correctly Alfred’s dry wit is used to puncture Batman’s Batmaniss Mary Marvel in JLI was great as a counter point to the Blue and Gold.

I’ve shed more tears of laughter at Ambush Bug’s antics over the years than just about any other character.

Yes, he started off as a pest/antagonist, but he ended up on the heroic side of things eventually, so he counts in my book.

I gotta go with either Zan from Wonder Twins because he’s so fun to laugh at or I’d go with Batcow because, I mean, are explanations even needed for that one? If you do, pick up “Dog Days of Summer” and read the short, “Panic at the Midnight Rodeo”!

Batman from the brave and the bold