Who Would Win: Ultimate Shark-Off Edition

The natural world is full of both wonder and terror. Few creatures exemplify this dichotomy better than the majestic shark. Today’s brawl is between two of the prime shark specimens in all of the DC Universe-one who is literally known as the King Shark, and another who has no need of royal titles, and is known simply as The Shark.

King Shark is a particularly fierce specimen, and is in fact the son of the “King of All Sharks”, who is also known as the Shark God. He is distinguished by his claws, fangs, superhuman strength, stamina, and a diet that occasionally consists of humans.

The Shark, who is sometimes referred to as Karshon, or T.S. (Tiger Shark) Smith, is yet another example of humanity’s impact on the natural world. When a normal shark was exposed to massive radiation, he evolved millions of years in but a few minutes. He gained increased strength, speed, stamina, and a wide variety of telepathic and telekinetic powers. He also enjoys dining on humans, as is apparently the pattern for superpowered sharks.

In the titanic clash between these two predators, who would emerge triumphant? Let us know and share your reasoning, below! 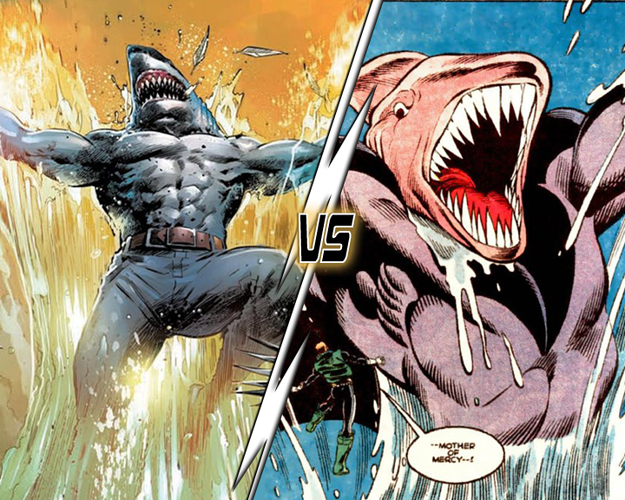 Huh, I don’t think I’ve heard of The Shark, honestly. 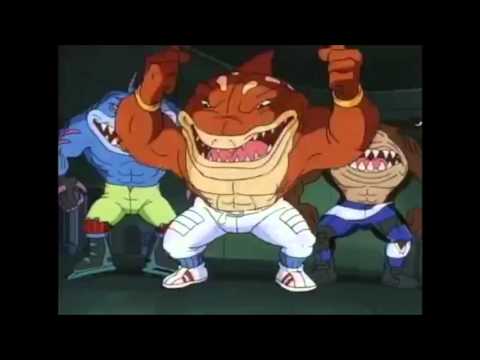 The Shark definitely is an interesting character…

Although… King Shark has the upper hand in this battle.

Thank you for this very important public service announcement regarding the difference between King Shark and Shark. The people need to know.

Anyway, King Shark is a demigod. He wins.

I remembered reading about a shark-man character near the beginning of Geoff Johns’ Green Lantern run years ago. When I was remembering it, I just automatically assumed it was King Shark, so it was a pleasant surprise to find out I was wrong. King shark is a Shark.

I’ve never heard of The Shark, so I voted King Shark, the way I see this @Green.Lantern, this is most likely the bloodiest battle ever between these two shark, and King Shark would still win!

I’ve been seeing this and laughing all week watching Shark Week.

The Shark, a classic Green Lantern villain, is very powerful. In addition to his superhuman strength, he has the ability to induce fear in his victims. As a telepath, he can generate incredible psionic blasts proven to hurt, or even temporarily kayo, Green Lantern (Hal Jordan) in the past. But GL (in my opinion) would have little difficulty dispensing with King Shark. In a fight, Shark would probably just induce fear in King Shark’s mind (however small that mind is) until he turned into a vegetable. Shark is that powerful. For a great demonstration of Shark’s powers, see Green Lantern (1960 series) #s 175-176. Just think…Shark has defeated, if temporarily, the Greatest Green Lantern to ever wear a power ring. There’s little doubt he could best King Shark.