Who Would Win: Peacemaker vs. Bloodsport

In anticipation of the release of The Suicide Squad, our match-up this week is between two members of Task Force X-Peacemaker versus Bloodsport!

Christopher Smith is a diplomat who is so dedicated to peace he is willing to use extreme force to bring it about. Taking the name Peacemaker, he’s in peak physical condition, and is an expert in hand to hand and armed combat.

Robert DuBois, more widely known as Bloodsport, evaded the draft and grew to become obsessed with the Vietnam War. He was given advanced training and weaponry by agents of Lex Luthor, and attacked both Superman and innocent citizens of Metropolis. He is both extremely strong and tough and is able to gain access to a wide range of advanced weapons via teleportation.

If these two unstable and heavily armed Suicide Squad members were to face off, which one do you think would win? Let us know who and why, below! 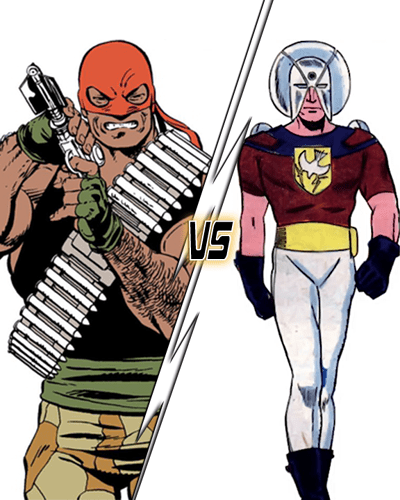 I can’t wait to see John Cena in Suicide Squad

I know very little about Bloodsport, but I do know he doesn’t look like Peacemaker

He looks like he’ll be good in the role. (My mind spaced out for a second and I thought this said “John Candy”, which would be a very different Suicide Squad movie).

That would be very interesting 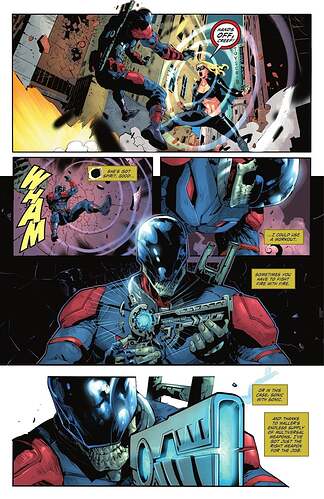 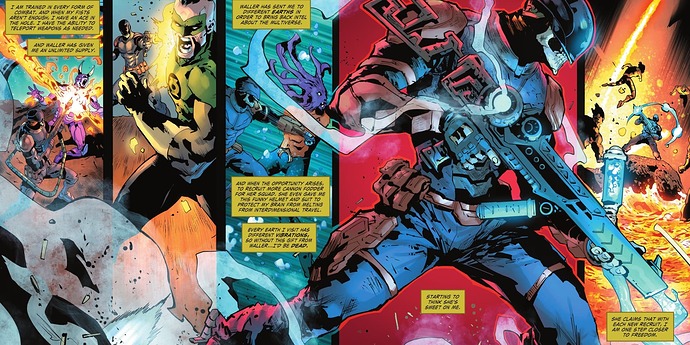 I’m going to go with Bloodsport, if he’s got Luthor’s backing, I’m sure, he has a weapon to take out Peacemaker.

I’d say very close fight but I just see Bloodsport getting the win in the end.

Peacemaker: Hey Bloodsport, you can’t see me! You want some? Come and get some!

Peacemaker all the way a winner for me!

After seeing the movie, I gotta go w/ Bloodsport. For those smaller bullets

(My mind spaced out for a second and I thought this said “John Candy”, which would be a very different Suicide Squad movie).

Very different, but fun, too.

Waller: “Mr. Griffith, you will be able to complete the mission, yes?”

He’d probably bring Dooby (and his rad, tricked-out, taxi) with him.

Del: “Dooby, is the dropoff much further?”

Anyway, as for who would win, my vote went to Bloodsport. If he can stand up to Superman, then Peacemaker would be the equivalent of toilet paper in a wind tunnel to him.

Looks like with my vote is how I felt it going either way. Tied 50/50.

That’s about what I expected, too.

i think bloodsport will win