Who Would Win? Constantine vs. Raven

Halloween is a time for the arcane and occult, and our two combatants this week are masters of both. We have the chain-smoking con man John Constantine going up against the daughter of Trigon, Raven. Let us know who you think would win, and why! 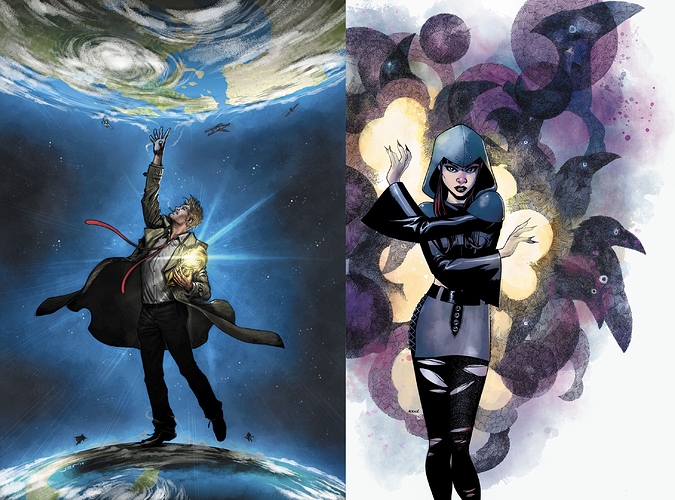 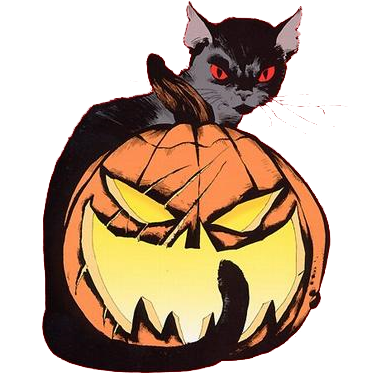 At
Justice League Dark: Apokolips War levels
Constantine
But his power levels there
Are ridiculous
He does not possess
That level of magic
His power would have been drained
Or effort would have killed him

Vs original versions
New Teen Titans
Vs Alan Moore Constantine
There would be no reason.for them to fight

Original.Raven
Was pacifist
With only Soul Self as weapon

Moore Constantine
Would not consider her
A threat
Yet
More important evil
On his agenda
Only uses Magic at last resort
Knows Emphatic Raven
Would see through his cons
So why bother? 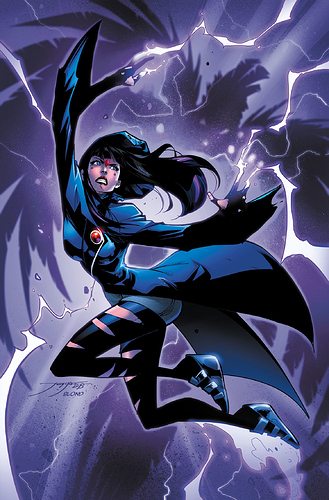 My faith in the power of the mighty Rae Rae remains unshaken.

I don’t think John will be able to really con or trick Raven – she’s been dealing with a Prince of Lies since the second she was born.

I don’t think John will be able to really con or trick Raven – she’s been dealing with a Prince of Lies since the second she was born.

Agreed @TurokSonOfStone1950. Rachel sees it coming long before anyone whose trying to pull the wool over her eyes can get a bead on her.

Constantine gets to the point where the victory is at hand, and all he has left to do is honor the bargain he made and deliver Raven to Trigon. To do anything else means that he’ll be sent in her place and tormented by demons for all of eternity. A portal is open, Trigon looking through it and waiting with open arms as Constantine walks towards this gateway to hell, holding an unconscious Raven.

But when it comes down to it, looking at this beautiful, innocent teenage girl who has her whole life ahead of her…he can’t do it. He gently lays her on the ground as confusion and anger spread across Trigons face.

He lights one last cigarette, takes a long draw from it, looks Trigon dead in the eyes and says “Tormented by demons for all of eternity…thats nothing new. You lot can’t torment me worse than I do myself. So get on with it or p*ss off.” Trigons eyes light with rage as Constantine flicks his cigarette at him and flips him off, walking into the closing portal. Ravens begins to wake, and the last thing she sees as the portal closes is Constantine looking back at her with a smile on his face as he winks .

Raven. Constantine is good but raven has more power and is hard to outsmart witch is ol Johns secret weapon. So Raven wins.

John. Cause he has the stones to take her life she wouldn’t take his. Not to say she wouldn’t put him in a world of hurt… 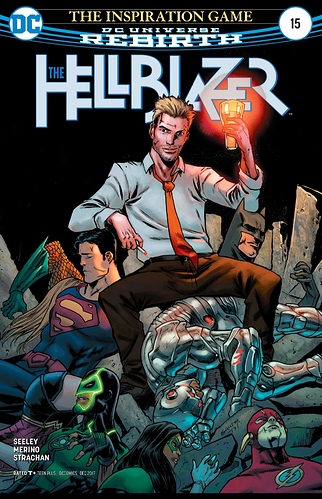 In terms of power level, Raven’s got John beat. However, there’s no way of knowing John’s got up his sleeve. For this reason, I’ve got to go with Constantine.

He conned 3 devils at once.

Thank you again for another interesting match up this week!

I wonder if in this battle at any point John might think of Raven as Astra?

I don’t think John would have it in him to do what would be needed to be done in order to get the victory.

I also find it funny again that my vote has split the contest 50/50 as I’ve done in other polls around our community!

Demond are notoriously dumb
And are tricked in folklore
Constantly

Raven is very intelligent
And An empath

I will conceed
She is not knowledgeable
About the world
And is naive.

Constantine is the opposite
Of that

If he lost it would just harm some close to him.

Raven is incredibly overpowered but rarely uses her power to its full extent. Also, like mentioned above she is an empath and I think she would be able to see past John’s lies/cons. John would probably come in very prepared with the upper hand, but ultimately Raven would figure him out and subdue him.

And actually the more I think about this the more I’d love to see this matchup up actually happen!

I’m just the opposite about wanting to see it happen.

Unless John was being a total jerk for some reason and deserved to have his butt handed to him, I think I’d be a little sad no matter who won.