Who Would Win? Batman '89 vs. The Dark Knight

Not even close. Christian Bale’s Batman would easily take out Keaton’s Batman.

I would say the TDK Batman because he’s younger and more agile. Also, his tech is more up to date and he has Lucius to update his suit regularly.

Welcome to the DCU, @VengeanceSmasher! Great choice! I’d have to agree - in spite of all the nostalgia with Batman ‘89. Christian Bale’s Batman is younger, physically beefier, technologically more advanced, better supported via Alfred & Lucius Fox, and has a different level of commitment/mentality overall.

Welcome to the Community, @VengeanceSmasher! I do think Batman from TDK would be hard to beat.
I figured this would be a tough one, @KeyFamily! But you’re right, Batman always wins.

(Although technically in this fight he would also lose, which might break reality or something).

I mean, with The Flash movie introducing the multiverse, I would not be as shocked as I would’ve been a few years ago if there was a “Batman vs. Batman” feature film sometime in the future.

I’d love to see that!

So would I! Maybe just all the Batmen chilling in Oblivion Bar.

Oh snap! Another cool idea! I like that a lot - instant visual.

I would win that.

What I have wanted to see for around 20 years is still “Batman vs. Dr. Tommy Oliver.”

batman DK would win because he can hear better in his cowl.

Keaton comes out ahead in my book.
Especially if you reduce all the new-age gadgets that Bale has, back to the 1980’s era technology limitations that Keaton had back in 89.

I also think Keaton has a more level head on his shoulders, and would easily take down Bale

Plus, Bale had the added benefit of not only Alfred, but also Lucius, who were always helping him and building so many of his gadgets.

On the other hand, Keaton only had “old Alfred” who mainly would hang up his suit and make sandwiches, (no shade thrown, just sayin……) 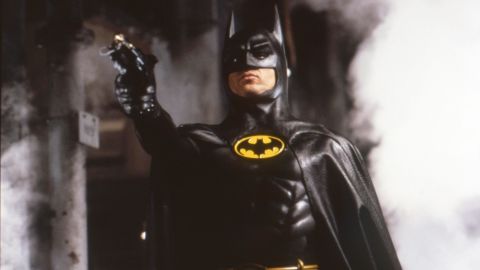 Of course, Keaton would have to compose himself after laughing hard at Bale’s “grumbling voice”.

cḿon man u had to do bale like that

.
I love them both.
But i honestly cant stand bale’s Voice.

ok fine i guess its a little scratchy