Who Watches the Watchmen?

Is the show good? I’m wondering if I should start watching it. 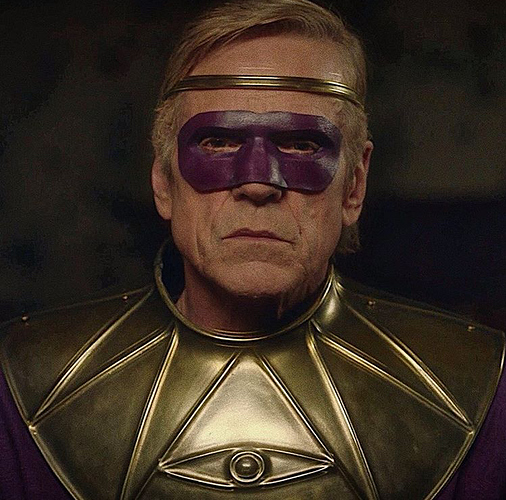 It certainly takes some getting use to.

In the third episode two of the four characters who survived the novel are given major parts.

The other two are referred to

The woman FBI agent is incredible. She has changed a lot.

I haven’t a clue about what is going on with the othet Watchman character.

I’m all in on it, as well. Very intriguing and impossible to tell where they’re going. You should at least check out the first episode, but it seems like episode 3 is really where it’s hit it’s stride.

I’m hopeful that DC Collectibles and/or McFarlane produce merch for it next year.

I’m intrigued so far. Episode 3 is my favorite episode so far, and I enjoy every scene with Ozymandias.

Episode 3 is my favorite so far as well. Good, good stuff.

I was skeptical about it at first, but I think I’m sold. I look forward to it all week. You can tell that much like the GN all the disparate parts are building toward something that we can’t see yet. I’m curious to see how they’ll pay it off but so far it’s got me hooked!

If you like anything Watchmen related, you should enjoy the show. The characters & the tone are intriguing. It really makes you think what’s gonna happen next. What’s really going on? I like that in a TV show. DC is really ending the year strong. I’m already psyched for 2020.

LOVE IT! Want more of it! Such a Super Show! Quality from start to end. I wait till after work on Mondays to watch it. It has given me a reason & reward for giving Mondays all I got! I am probably way too cheerful for my co-workers on Monday mornings again! They are SO missing out! Go Watchmen! Thanks to DC/HBO/Warner Media! Nicely Done! Outstanding!
SwampThing > Pennyworth > Watchmen WOWZERS!

@toonatonian I don’t know if I’ve said it before or not, but I love your enthusiasm. It’s quite infectious and always makes me smile.

Keep up the great work!

I’ll probably buy it on Blu-ray next year.

I can not stop thinking about it all week.

Now it follows the Watchmen tone, which means it’s intensely political, and rather Dystopian in an orwellian kind of way. This is not Snyder’s “hot and sexy watchmen”, this is more like Moore’s “what the hell is WRONG with these people? Watchmen”

The new story is set roughly 35 years after the origional comic, so there is a whole new set of younger character, and the survivors of the first story are much older. (I would say “mature” but old age has not been kind to Ozymandius)

But be warned it is not a “heroic” story, and plunges itself deep into todays social struggles, with deeply flawed characters, in a societal nightmare.

The show is amazing thus far. Story wise, acting (especially acting) wise, and music. When Trent actually cares, he can make amazing music (not like NiN that hasn’t had great music since the Fragile Era). Highly recommend anyone to watch this intelligent show.

Definitely watch! However, if you haven’t read the original, or only seen the Snyder movie, you will be utterly lost. It is certainly a worthy sequel, in my opinion.

Not my cup of tea. But interesting insights…

Cause of work I miss Watchmen and Mr Robot. I pick 1 to watch before going to sleep, every week it has been Watchmen.

Episode 6 something big is going to happen

I watch Watchmen. It’s a great show. It’s been a while since I have read the comic series. But I like how this is set in that same world but you don’t necessarily need to know everything about the comic to follow what is happening. There are new characters and new problems. And there are some original characters and problems that are directly from the Watchmen comic. Overall, it’s a great show.

I’m liking it! I think it was a great decision to try to tell a new story with 30 years of extrapolated history rather than
just recreate, imitate, or make an immediate sequel to the comics. It could certainly all fall apart as it goes on (cough Lost cough) but it’s off to a very good start.