Who Is More Evil? 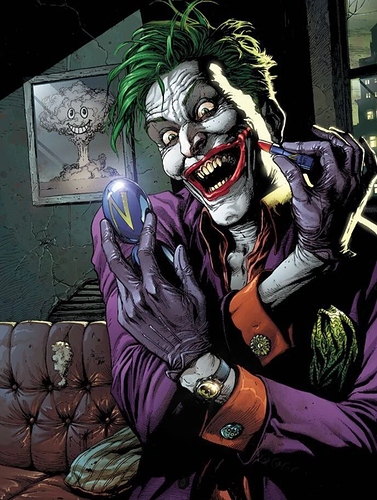 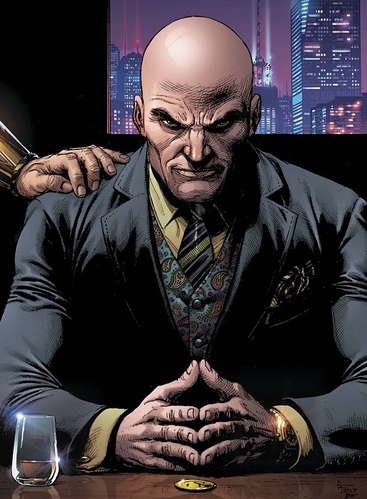 I would have to say Joker, because he is, and always will be evil. In the words of Alfred from The Dark Knight “Some men just want to watch the world burn.” With Lex, he does at the very least care about the people of Metropolis, even though he goes about his beliefs about whats best for the city the wrong way.

If someone is evil and always evil, then there should be no shame or problem with killing him. I think there was a comic that had a new Joker created by the killer of the old Joker, but I don’t think that applies to main continuity Joker. If that did apply, surely Batman or someone could come up with a formula to ensure the Joker killer doesn’t become Joker himself.

As for Lex Luthor, the fact that he can be good makes it worse. It would be immoral to kill someone who has the potential to be good. Plus, he has the option to choose good or bad (unlike Joker) and the fact that he chooses to be bad makes him more evil.

I can definitely see that side of it as well. I don’t think either answer is wrong. Its just about point of view. The thing I think we can agree on is they are both despicable.

I’ve never looked at Luthor as being fully evil like the Joker. He’s more obsessive with power and recognition and does evil acts to do what he believes to be whats best so more on the misguided side. Also grew up watching and loving the Smallville series and I felt bad for Lex more often then thinking he was just completely evil. His life sucked in that show.

I think that over the decades Lex Luthor has changed to reflect what is wrong and dark about humanity (mad scientist in 60s corrupt businessman later on). Lex in many adaptations considers himself the savior of mankind and that is what makes him so dangerous. I wouldn’t mess with Joker but Lex is too real type of evil that he wins.

I’d go with Lex. I wouldn’t call Joker evil, I’d just call him pure Chaos. But Lex will do anything and everything to get what he wants no matter what. He’d nuke a town just to try to kill Superman, usually Jokers destruction is just random acts of violence and mayhem because hes f’in nuts. In my opinion of course.

I feel like Joker is more evil. He gets true pleasure from the act of hurting.

Lex however does more damage.

If you don’t live in Gotham you are not likely to feel the effects of Joker’s existence.

I say Joker. Lex has proven that he could be good like in the Injustice series. Plus I believe if Luthor never had as much wealth and power he would just act like an average joe.

Luthor is one of DC’s most inconsistently characterized villains. At his worst, he’s capable of a far higher bodycount than the Joker - in the way that an Atom Bomb has killed more people than Ted Bundy. Is the A-Bomb more evil? Kind of hard to say, isn’t it? Ted Bundy’s crimes are certainly a vastly more visceral kind of evil.

But at the same time, Luthor is often characterized as an “anti-villain,” or even closer to an “anti-hero” at times! There’s times when his criminal actions have well-meaning motivations behind them, times when they’re motivated by petty jealousy but rarely cause much lasting harm, even multiple times when he allows himself to be captured on purpose in order to help someone, like the people of Lexor, or Cal Anderson.
And yet there’s also times when he’d blow up the whole world, murdering everyone in it, just to make Superman sad. Once, Luthor cured a debilitating disease, only to inflict it again immediately, out of spite. I mean this guy is not really one single consistent character! Like any character, Luthor is a series of ideas and concepts that could probably be made into multiple, distinct, utterly irreconcilable characters.

By contrast, not every Joker is the same, but at best, he commits crimes because it’s fun and doesn’t really care if anyone gets hurt. At worst, well, we all know how bad he can get.

So I’m giving the award to Joker, because he’s more consistent, and because my favorite versions of Luthor are all… not really evil at all, in the final analysis. I know there’s versions of Luthor who are evil, but frankly, I just don’t find them that interesting in comparison to a more sympathetic, even quasi-heroic Luthor.

Maybe it’s just because he scares me more, but Joker is definitely more evil. Luthor has motivations and logic that drive his actions. If it’s in his benefit to do something “not evil”, he would probably do it. Joker just likes to hurt people, all the time, most of all Batman. Luthor does bad things, but Joker is just bad.

Lex is more evil. the Joker is just insane

Joker. The guy is just evil. Whatever iteration you want to choose (comics, animated series, movies) he’s consistently crossing every moral line. I agree that Lex is despicable most of the time, but he has a savior complex so deep down I don’t think he’s all the way gone.

I would compare Luthor to an evil mastermind or a dictator but the Joker is Satan level evil.