Which DC Characters Could These Actors Play?

I just know the intelligent people in this forum would know which DC character would be a perfect fit for the following actors. Which character should each actor play:

This might be terrible, and he’s probably a little too old for the part now, but my first thought at hearing John C. Reilly was “Booster Gold”.

And yes, it would probably be terrible, but I would absolutely watch him in a movie with Will Ferrell as Blue Beetle.

Matthew McConaughey: The smooth talking, lady-charming, always too clever for his own good cowpoke they call Bat-Lash, and occasional thorn in Jonah Hex’s side.

Natasha Lyonne: Angie Spatchcock, John Constantine’s rough-edged, foul-mouthed ex-girlfriend and practicing magician/waitress. You’d have to change her nationality, but Lyonne would nail the spirit of the character. Nasty piece of work, ask anyone.

Cecily Strong: I could see her doing a great Leslie Willis, whose potential as an anti-Superman radio personality I felt was always squandered in favor of her Livewire persona.

John C. Reilly: In the right production, it could be fun to bring back the hapless Chief O’Hara from the Batman ‘66 show for him to play opposite a more dignified Commissioner Gordon.

Lady Gaga: Many years ago, rumor had it that Gaga was a candidate to play Harley Quinn, in a Joker movie which was never made. But now, I could see her going full-on Cosmic Supervillain, like a Perpetua.

Looks like that already got debunked (though it could also be an intentional misdirect or more false info), but I’ve definitely been warming up to the idea more and more since I heard the rumor 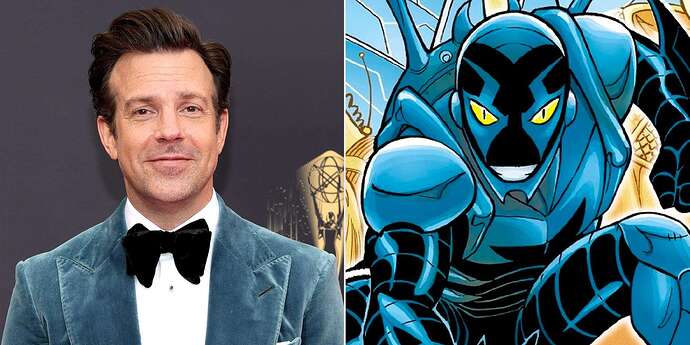 Jason Sudeikis is not in 'Blue Beetle,' despite internet rumors

Lady Gaga: Many years ago, rumor had it that Gaga was a candidate to play Harley Quinn, in a Joker movie which was never made. But now, I could see her going full-on Cosmic Supervillain, like a Perpetua.

Lady Gaga as a cosmic supervillain is something I’ve never thought of but makes perfect sense.

Another role he could play: Steve Lombard.

Sounds like the kinds of roles all of them could have fun with. Another role that could suit Natasha Lyonne would be Star Sapphire.