What's An Elseworlds Storyline You'd Like To See Made Canon?

What’s an Elseworlds comic book series you’d like to see made canon and why? 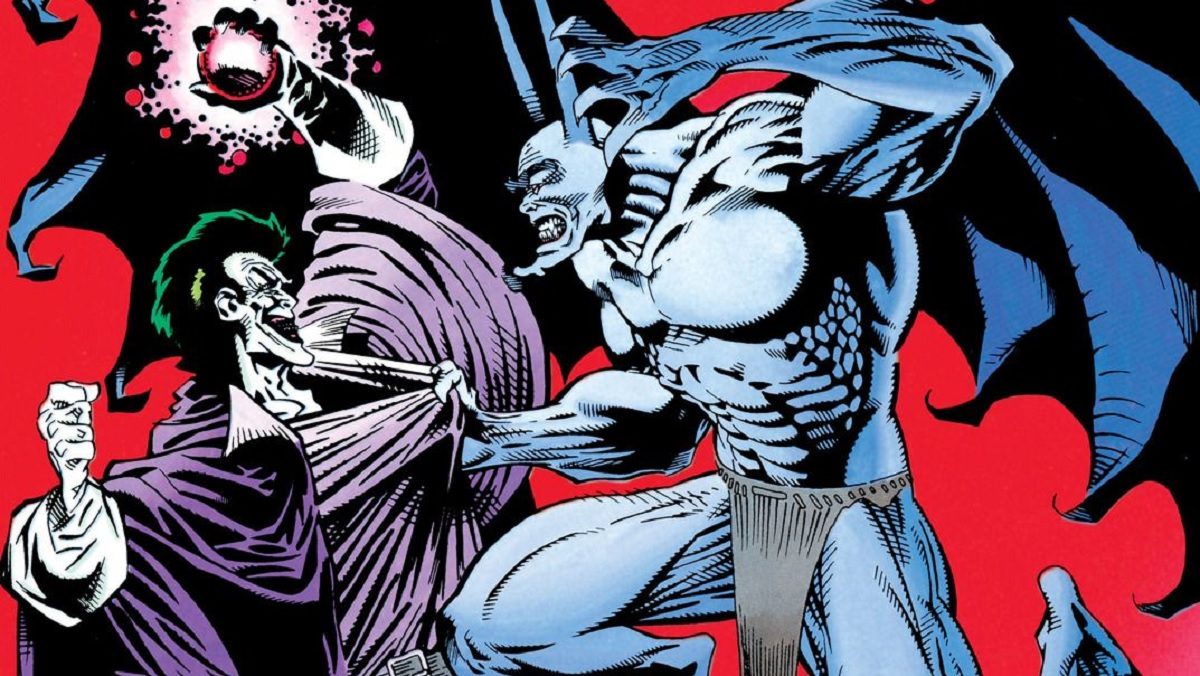 There are a few that could slip in with little fuss, like Daredevil/Batman: Eye for an Eye.

It is an obscure elseworlds story, bit it’s really good.

I agree about Holy Terror. I would like a canon story to elaborate on it
However, the DC Comics Presents Elseworlds 100 page Spectacular has random ones that are short stories.
1 of them has everyone portrayed as musicians. Clark, Barry, Ollie and Arthur were a rock band. Blackhawks were Jazz. Jon Jonzz was Glam
rock. Doomsday led an arena rock band with Lobo and Gorgon.
All of these bands worked for the company Darkseid/Lex Records.

I’d like to see a real story with this music universe.
Also a sequel to the Holy Terror. The way they’re doing a real Uncle Sam series.

Krypton Season 3, LOL. It was the first ever Elseworlds TV show all kidding aside. But only if Seg and Nyssa become a couple finally.

Gotham by Gaslight. It is far enough removed in time to the ‘39 Batman. It also shows that as “The World’s Greatest Detective”, one must follow the evidence and everyone is a potential suspect. No one can be ruled out, no one is above reproach. Even Jim Gordon.

Gotham by Gaslight shows the adaptability of Batman better than TDKR. It doesn’t make him “super-Batman”, and it shows Batman’s best ability is his mind, not his very human body nor his gadgets. It makes him the best humans possible. What we all could strive to be. If only we had the commitment and the resources. That humans are defined by their will to do the right thing. To work today in the hope of a better tomorrow. That humans can be superheroes even if they don’t have super powers.

That is why Gotham by Gaslight is the best Elseworld that should go into mainstream continuity.