what should be the next staple in the batcave

whenever we see the batcave you can almost always count on a few things. A giant penny, a T-Rex, a joker playing card, glass case of costumes, and a batmobile or two. We’ve had a lot of great stories in the past few years and a lot of great characters introduced. What do you think the next item added permanently to the batcave should be? Something we see for decades to come everytime Bruce enters his cave.

A Talon suit would be neat.

Talon suit or something related to the Court of Owls for sure.

A trophy case with a bunch of those blank owl masks would be cool.

Batman villains really started cheaping out on the giant props since the '70s. Maybe he should steal a giant boomerang from the Flash museum.

It would be neat to have a framed page titled Bill Finger with the signatures of Batman, Green Lantern and Wildcat.

Location: Behind the clock to enter the Batcave. That way Batman will see it as he enters Wayne Manor.

Note: Bill Finger is the co-creator of Batman, Green Lantern and Wildcat. 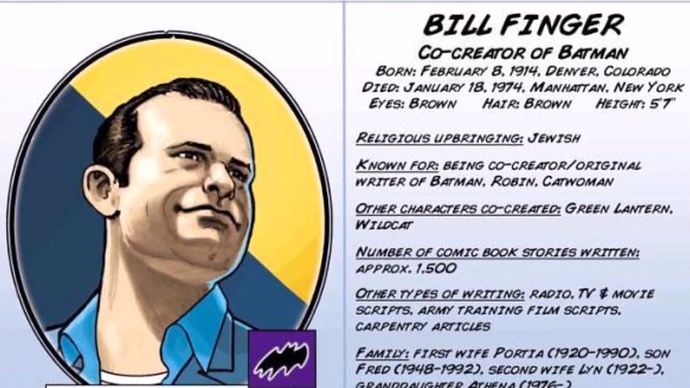 A cooler stocked with brewskis and a giant TV for when he has his Bat-buddies over (woooo!).

Maybe a giant Penguin umbrella? He’s one of the few major Bat villains that hardly has any major representation in the cave. Or…

@argelisjim. That’s freaking genius and now I want it so bad.

I believe the Flashpoint letter from Thomas to Bruce was framed and hung up in the Batcave for awhile - that’s the most recent addition I can think of.

I like the idea of Kite-Man’s kite. A fitting tribute to this Tom King run.

Babs bullet from the killing joke. It would be a poignant reminder to all who go there, the risks they face. (Sorta in the same vein as there is a portrait of Thomas and Martha in the house.)

Riddler’s cane at some point maybe?

I love the idea of Kite Man’s Kite.

The gun Joe Chill used to kill his parents maybe