What did you think of the Catwoman 80th book?

Well, the Catwoman 80th Anniversary Issue came out today and gotta say, I loved it. My favorite story was The Art Of Picking A Lock partly because it’s an interesting story but mostly because I adore the art by Cameron Stewart. It gives me some major Darwin Cooke vibes. I also can’t ignore the Jaguar E-type in Addicted To Trouble. What were your thoughts on the comic? Favorite Story? Favorite Cover? Something you would like to have seen included?

I thought it was a very enjoyable issue overall I got the Jim Lee cover, though my favorite was J Scott Campbell’s Batman Returns variant that was exclusive to his website.

My favorite story was “Conventional Wisdom”, since it was such a fun love letter to the character’s history. However, I also really enjoyed “Helena” and “The Art of Picking a Lock”. 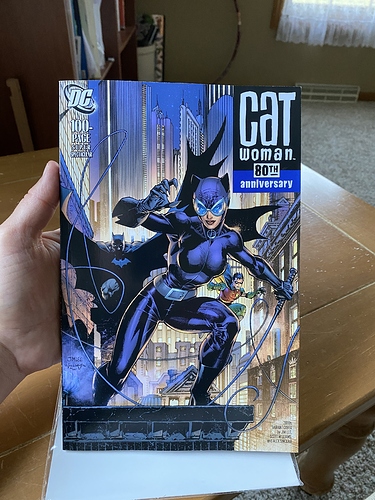 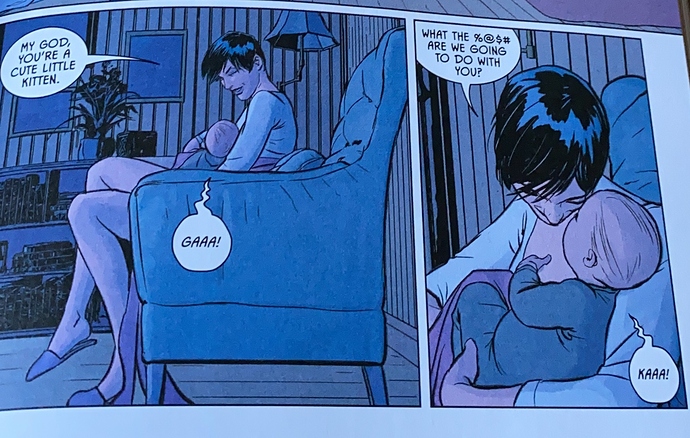 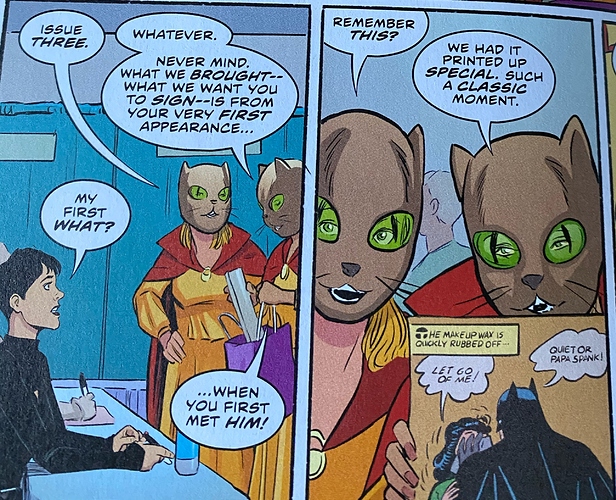 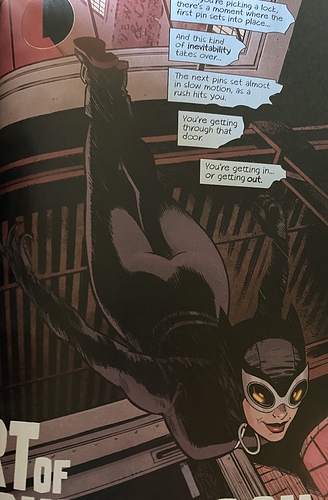 I got the same cover, I wanted to get the Joelle Jones cover as well but my LCS didn’t have it. I loved Helena, it made me want to go back and read King’s Batman again.

@chumly I highly suggest giving it a read, its not tied to the current run its just a collection of new stories written by different writers who have handled the character over the years.

Just bought and read the Kindle edition so no favorite cover. my favorite is Helena as i am just a huge batcat shipper and i just enjoyed cats surprised reaction. it makes you wonder how the heck these two have not made a little batcat earlier as they do not seem to know what ‘protection’ is and batman’s track record shows…also loved page to as it reminded me of injustice year two Black canary vs Harley quin. however, I would have loved a page with batman getting his hand crushed and being cussed out by Catwoman. I also kinda feel story is a sequel to batman Rebirth anual number 2.
I really enjoyed the catwoman’s costumes threw the decades pages.

I also wish they would have explained how she ends up in France to find bats.