With the official ending of flash in season 9 and without Batwoman and Legends of tomorrow the actual universe that all three shows took place in, the Arrowverse, for all intended purposes will end right here. 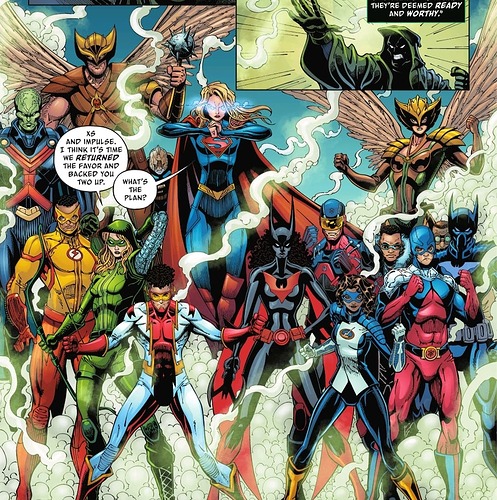 It’s possible this won’t be the last time we will see the characters from that respective universe and they could show up in the superverse one day, my post is mainly about fun what ifs…

With how CW adapted the dc universe what DC character or team would you have imagined getting adapted actually well into their universe?

For me I always love the secret six, and would love to see a series about a team of villains and anti-heroes that could explore the criminal underworld of super-villains in the Arrowverse.

Obviously the only rule being is expectations. The CW Arrowverse has certain restrictions with premiere characters with a flair for the melodrama. While it may be fun to imagine a Batman detective series, it’s likely only gonna exist in the DCEU or animated universe. So get creative with your ideas.