What Characters Would You Like To See In "Bizarro TV"?

So DCU has announced at New York Comic Con that a new anthology short-form anthology series called Bizarro TV will be the newest show on DC Universe.

So we know it will feature characters such as Space Cabbie, Ambush Bug, Slam Bradley, and the Creeper (and by the way Slam Bradley… hugely under appreciated character.) But seemingly that is not all of them. So what strange deep cut DC Characters are you hoping will be on this show.

Some of mine are

Stanley and his Monster - I know an odd one, but I think they could do something fun with an animated version of this.

The Wonder Twins - Don’t know if there is some rights issues I don’t know about. But a comedic self aware re-booting of these characters could be a lot of fun

Dog Welder - I don’t know what kind of rating this show will have. With the characters we know of it could work anywhere from TV-Y7 to TV-MA. But if it will be a show for adults then let’s get truly into the bizarre.

Brother Power The Geek - I don’t know if these short form segments will be one off or multiple episodes. But Brother Power could do something creative with a one off segment. Don’t think he has any legs to go further.

Revive Some DC Nation Shorts - again… we don’t know the full format. But if it will have multiple short form segments. Why not bring back some of the DC Nation Shorts that fans have wanted to see return for a quick minute and a half in between the segments. Don’t know how doable it is but even if it is just one each thing a lot of DCU fans would be all for seeing some of the shorts get a new episode.

So what is everyone elses? Seems almost limitless the characters they could use.

More The Question is always good in my book.

Hell, they could make original stories with him and his diary entries going over the events of his life and life in Opal City

I’ll let Commissioner Gordon himself (as seen in 1994’s Leon: The Professional) express my thoughts: 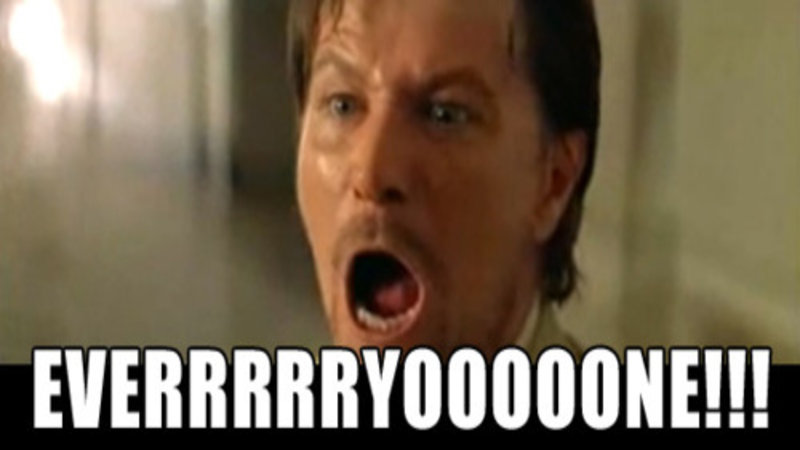 Another one that would be great… Sword of the Atom. I know they did those in the shorts but either bringing them back to tell more of the story, or rebooting it it seems like something that would be good for what Bizarro TV seems to be going for.

Given that Amethyst has been a featured player in the current Young Justice comic and that’s she’s getting a new solo book next year, I’d be interested in seeing her return to animation.

Not in a continuation of the DC Nation Amethyst shorts though. Something new and in a completely different animation style.

Hitman in animation NEEDS to be a thing.

Hitman would be fun if the show is going to be TV-MA. Short 7-10 (or maybe even 5-10) minute shorts of him carrying out a hit with a good deal of graphic violence and comedy would be great fun.

@DTMO1 Hitman could indeed find a good home on BizarroTV. His book wasn’t a mature readers series, so he could fit in well no matter the show’s rating.

Plus, Tommy’s not a superhero, so he’d add a different angle to the proceedings.

@LEXC0RP I’m all for Grifter’s return to animation. Unless you’re expressing interest in seeing him in live action, which would be cool too.

The 80’s Checkmate might be nice to do live action