What are Batman's Stangest Team-Up's

So Batman is a hugely popular character with a bazillion different ongoing tiles, mini-series, and one shots over the years. And as such he has teamed up with a LOT of different characters, and crossed over into a lot of different book.

So I was wondering, what does everyone think are some of batman’s most unusual team-up’s he has had in his long storied career. Not nessecarily the best written or most engaging. But the ones that made you say “They actually teamed Batman up with who now?”

My five pics for strangest Batman team-ups, in no particular order.

So any even weirder ones I missed?

Batman and Brother Power the Geek (Brave and the Bold #29) - actually quite a good story.

All the Silver and Bronze Age team-ups with Metamorph, Plastic Man and The Metal Men. They were sheer fun and lunacy from eras that had the good sense not to take themselves too seriously.

I think we can add Snake Eyes from G.I. Joe to this list, thanks to Batman/Fortnite.

When I teamed up with Scooby-Doo.

What about that time you helped out me and Sgt. Rock against those Nazi Dinosaurs? 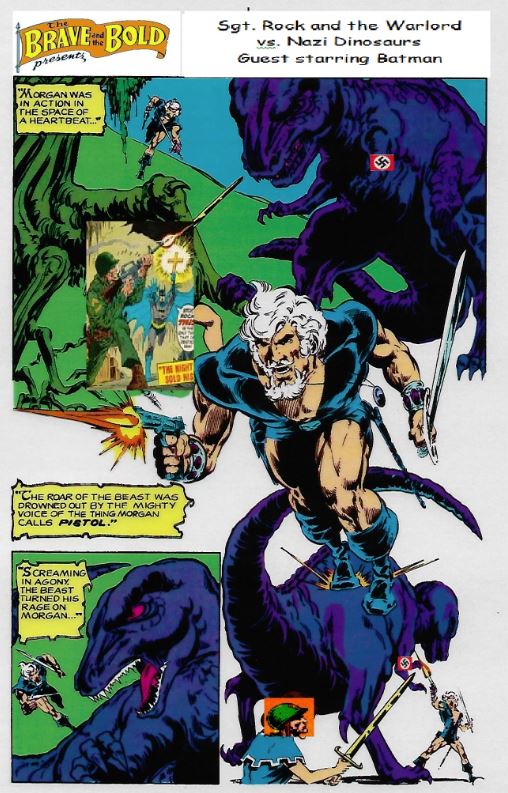 Not as strange as the time Scooby and I battled Detective Chimp and J’onn.

What about that time with the alien? 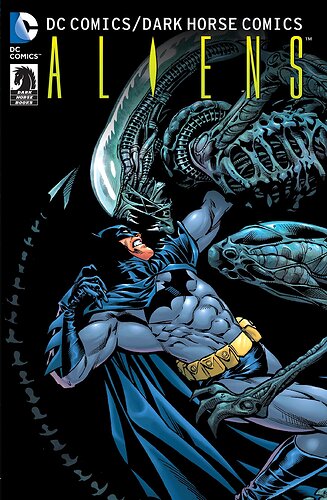 I have teamed up with lots and lots of aliens. Do you have even the slightest idea just how little that narrows it down?

What about this trip to Memphis? I think we can add Snake Eyes from G.I. Joe to this list, thanks to Batman/Fortnite.

I thing it qualifies, but I got to say something about those two fighting was the greatest thing I never knew I wanted.