What About a Live Action Metallo?

Since thankfully Henry Caville is coming back as Superman, how about we finally get a live action Metallo? No need to take the super heroes powers in an attempt to show character or to make it easy to threaten the overpowered alien because Metallo does all that to big blue on his own. The special fx shouldn’t be a problem now a days. He’s basically a kryptonite powered terminator robot very similar to the ones in the terminator movies except he also blasts kryptonite rays and has the consciousness of a wise guy type of criminal and he comes with heavy doses of radiation poisoning for the hero. My point being these are doable things now. Chris Reeves Superman was wonderful but he had to take liberties like adding powers Kal-El wouldnt have because visual FX weren’t what they are now. Metallo would be a new take on well established fx today. So is it just me or is thus an exciting and overdue debut?

So basically terminator, but with superheroes. Ok I’m down for it.

Arrowverse has had a lot of live action Metallo’s already, but I wouldn’t mind another. It’s a great villain.

I’ll be thrill to see Metallo and any Superman’s villains, except for Lex Luthor and General Zod. They’ve been use many time. 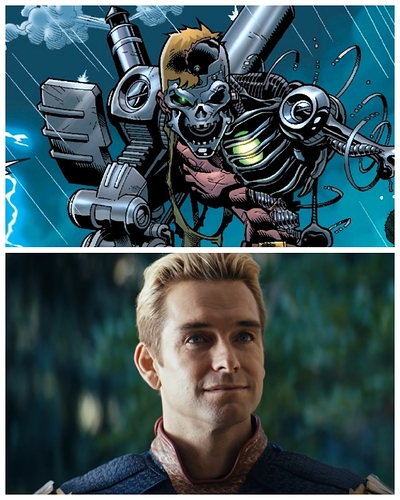 Everyone wants to see him as Reverse Flash, but he’d be great as Metallo as well.

I could see him as both, besides I’ve heard that he wants to play wolverine in the mcu.

Ok I forgot about the Super girl one and I’m still drawing a blank him being in the CW’s crisis. I just didn’t know about the rest of those so I stand corrected. However, I think we deserve a movie quality live action version. That’s what I was trying to say. Super girl’s show did ok. I’m hoping for something about as eye popping as the best Terminator movies were when they came out. Whoever said something like it’d be Terminator with Super heroes was basically dead on to what I was thinking of …well, minus the time travel.

I’m personally hoping for toyman and prankster to appear in the movies.