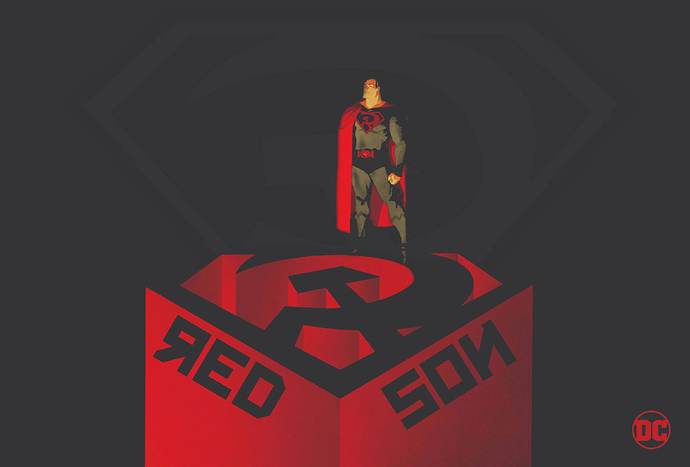 What if baby Kal-El’s rocket landed, not in Kansas, but in the Soviet Union? What happens when the Last Son of Krypton is raised by another set of parents under a different culture? That is the premise of this Elseworld’s tale from DC Comics.

In the alternate DC Universe of Red Son, Kal-El’s pod landed not in Kansas, but on a Ukrainian collective farm in 1938. Instead of embodying Truth, Justice and the American Way, Superman becomes the most powerful symbol of the Soviet Union, one that completely alters the course of 20th Century history. In this world, Lex Luthor is the US government’s last, best hope of stopping the spread of communism, Wonder Woman is a Themysciran ambassador enamored with the Man of Steel’s vision of a better world and Batman is a terrorist hellbent on tearing down everything Superman has built.

Come join us as we watch this Elseworlds tale together and see just why the original comic by writer Mark Millar and artist Dave Johnson is an inspired choice of source material.

Where: Right here on the forums! In this thread! In the comments below! Maybe on your phone! But also, you’ll be watching Superman: Red Son on a big screen. So there, too.

will def try to make this! if i don’t i’ll be sure to send y’all some butter.

This is good plan, comrade @AquamonC137. Butter is good.

Two days to go, kiddies! I hope to see you here, boils and ghouls!

Bring a dish if you like, but please, no vodka, as this is an all-ages get together after all. Soder is always welcome.

Vroom, apologies, Grandpa Don-el’s eyes are way too tired from a long day’s work today to join in, but have fun!

One minute to go!

@Green_Loontern If you liked the comic, then you’ll likely enjoy the movie. It’s a good 'un!

Isn’t it funny how much the Ukraine looks like Kansas.

great voice acting in this movie