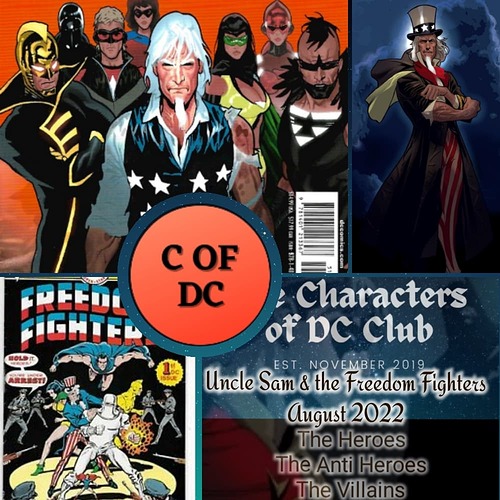 Hello All and welcome to all members of the @CharactersOfDC
to our August session. I apologize for the lateness of this post but real life has been hectic the last week or so what with the storms and flash floods we’ve had here.

Anyway this month we will be exploring a team that doesn’t seem to get a whole lot of attention. I am, of course, talking about Uncle Sam and the Freedom Fighters. This team from Earth-X fights for the America of their earth on which the Nazis have won a prolonged version of WW2. 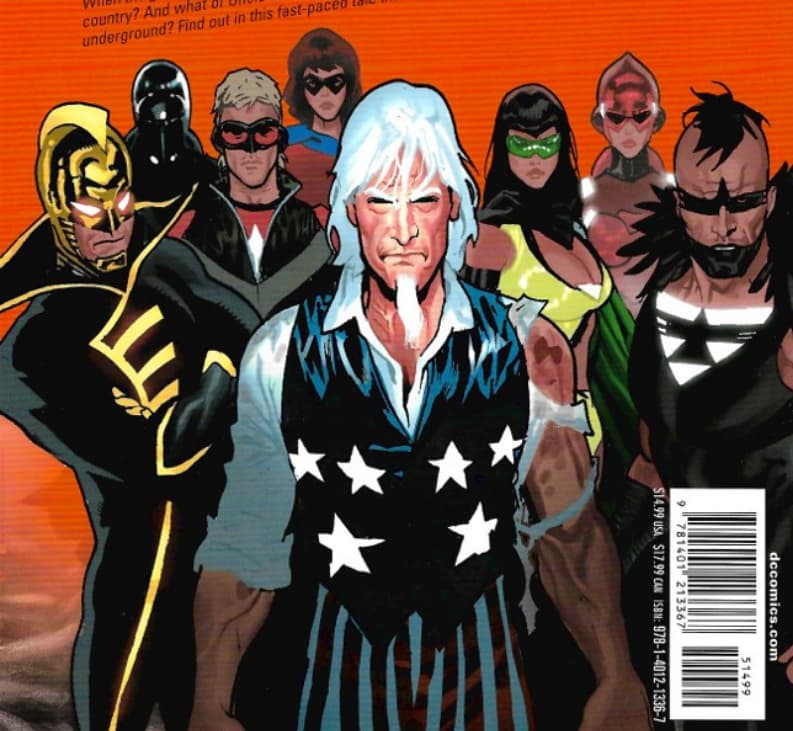 If you’re interested in learning about some of the great DC characters out there you might want to join the CHARACTERS OF DC by smashing that link.

A Bit of Information

For a more in-depth look here are some links.

As always what we will be reading as well as a discussion point will be posted every week in August on Mondays starting with Monday August 8.

DECEMBER C Of DC takes a hiatus until April 2023.

The first appearance of Uncle Sam & the Freedom Fighters happened during one of the annual summer crossovers between the Justice League of America of the mainline DC universe and the Justice Society of America of Earth Two.

These characters are so odd. And they’re odd in that distinctly Bronze Age way, where you’re not sure how seriously you should take it…

Never can get enough of the best Robin.

I remember reading this as a kid, and just thinking another Justice League knock off to fight the Justice League, but what was different was it was a combined team of JLA/JSA
That they fought, so a bit different. I would’ve probably had a third issue and a longer finishing fight, it ended a bit abruptly .

This week’s reading is from the 2006 Uncle Sam & the Freedom Fighters series.

This was not the first time this team had a series. Their first series, entitled simply Freedom Fighters, debuted in April 1976 and the team members were: Uncle Sam, Phantom Lady, The Ray, Black Condor, The Human Bomb and Doll Man.

For more details here is a link for those who are interested. 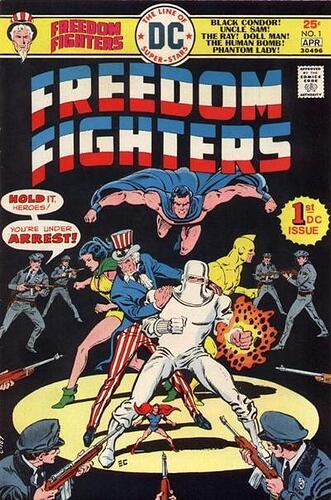 Freedom Fighters were originally Quality Comics characters. In 1956, DC Comics obtained the rights to them, and re-introduced them 17 years later in Justice League of America #107. The team was featured in their own series for 15 issues from...

Here is our Week Three session.