Tom Taylor Launches a New Superman for a New Era 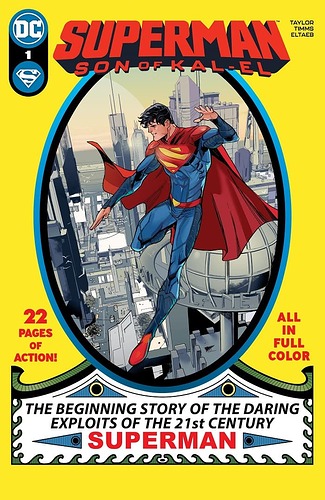 Jonathan Kent’s time has come. In the upcoming series Superman: Son of Kal-El from writer Tom Taylor and artist John Timms, he’s taking on his father’s iconic role and embracing his destiny as the 21st Century Superman.

And he’s not the only one embracing destiny—if you’ve followed Taylor’s career and read his posts on social media, his affection for the Man of Steel has long been clear. Though he famously wrote a corrupted Superman in Injustice, Taylor has spoken at length about how the iconic hero is a symbol of much-needed hope and optimism, which Jonathan Kent will represent in distinctly contemporary ways in Superman: Son of Kal-El.

DC Nation spoke with Taylor about how it feels to launch a new Superman series for a new era, how both of Jonathan’s parents play an equal role in shaping him as a hero, what it’s like collaborating with Timms, and how—despite age changes and evolving roles within the DC Universe—Jon and Damian Wayne remain the World’s Finest friends.

To read the interview with Tom Taylor, head over to DC Comics!

Have you checked out Superman: Son of Kal-El yet? Let us know in the comments!

One of my fav YouTube personalities gave this a non-recommendation. However, hearing his critique intrigued me because I would prefer this type of, Superman. A Superman that hits at the core problems and not just punching down all the time. Excited to start reading more Superman on here

Love the cover, it looks so familiar! 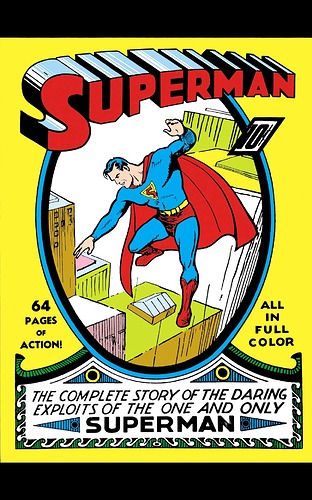 Ooh, this is interesting. I am just now digging a little more into Superman as I usually only read him in Justice League. I just finished Injustice and although he was a dark version of himself, I thought it was a good example of why the world would fear Superman. He is “good” but that is subjective and you’d be limited to what the powerful think is good. This should be interesting to see how this run turns out.