Me, an objective comic book reader: Oh! So THAT’S what all that “Tom King leaving Batman” business was about? Neat!
Also me, a BatCat shipper and Tom King fan: WHEEEEEEEEEEEEEEEEE!!!

Wow, talk about the internet jumping to conclusions. And I admit, I did too.

This is honestly the best of both worlds. King gets to finish his story for those fans, and we get a new Main Batman writer.

“King describes his Batman/Catwoman book as an “ambitious, accessible, beautiful, thrilling” series that will conlude his “years of stories.””

So… we’re putting our pitchforks back away and breathing properly now?

@MajorZuma To be fair, I also saw a lot of people on the internet spectating that King would be finishing his run in a separate book, much the same way Morrison concluded his Batman run in a separate title (Batman Inc), and the same with Snyder, too (All-Star Batman, Dark Nights: Metal, and now Last Knight on Earth).

This is wonderful news. It continues the story, highlights the Bat/Cat relationship in a way that makes it a major event type book, and gives King the medium he’s excelled in (12-issues maxi). I’m curious as to the genesis of this but it does seem to be a great deal for all involved!

Definitely the best way to resolve this recent drama. Excited for this new book and to see who will be on the Batman title now.

This is great. Tom King fans get a book they want and people who don’t like his run on Batman get a new writer! I’ll give his new series a chance, but, given the dialogue between Batman and Catwoman in other books, I can’t say I’m expecting to enjoy it.

I do feel kind of stupid for jumping to conclusions, but I believe they were logical conclusions based on the information we had then.

I’ll spectate the stuffing out of that series

Lol, but as some people speculated as a 2nd best scenario for the news King was leaving the main Batman title, hes gonna be finishing up his story in a side series.

I would have preferred staying on the main til he was done but this is just as great…AND IT HAS ART BY CLAY MANN ^__^! 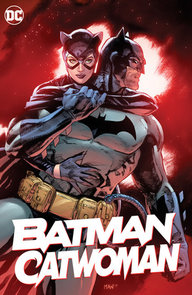 I can understand why people were worried. DC has a history of cutting writer’s off of a book. They did it quite a bit during the New 52.

This seems like the closest to a win-win situation we’re gonna get. I personally have really enjoyed Tom King’s run so far, but I know some definitely don’t, so they’re splitting the difference. I heard that Bendis might be getting Batman, so that could be interesting