So Johns and Fabok says Three Jokers (at NYCC) is canon even though it’s a black label title and this makes sense because it was a plot point in Darkseid War and DC Rebirth But Scott Snyder said that Three Jokers not in continuity because it’s a Black Label title and doesn’t reflect what he’s doing with The Joker in his main line titles reflects it.

This is why superhero comics are hard for new readers to get into.

To me, because it was mentioned in DC Rebirth and Darkseid War and because Johns said it’s canon then it is to me.

Personally, I have reached the point where I no longer pay attention to continuity. Trying to keep up is exhausting and continuity is going to get screwed up again at some point anyway. I just enjoy the stories for what they are now.

I like to believe that The Joker is just one person. I like the idea of all of his back stories being true. He’s psychotic, The Joker that was a failed comedian and duped into posing as the Red Hood, has no idea that he was already a hitman for a different crime syndicate in Gotham using a different name and he truly believes that he went mad in one day. He was actually mad all along. Hence the reason he’s always giving different accounts of his past. Just my take on it. I like to comprise my own timeline and continuity. 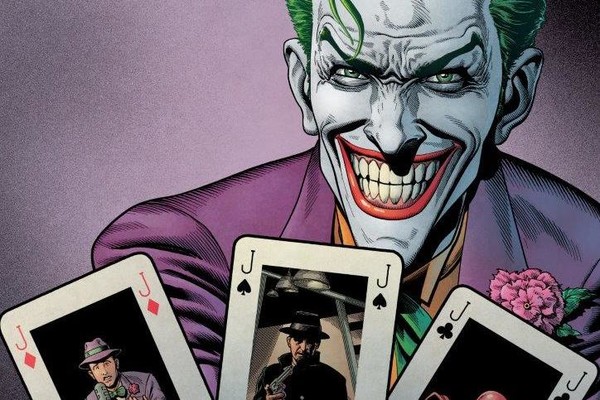 But it doesn’t matter. You’re getting caught up on what other people are saying instead of the man who set up the Three Jokers and that’s Geoff Johns. Forget Snyder for a sec, cause his word isn’t final. John’s says it’s canon, it’s canon. Period. No need to discuss things that are already set in stone and try to figure out what YOU consider canon or not. It’s set in Black Label cause that allows freedoms that printing under standard DC label wouldn’t allow.

When did Snyder even say that?

I can consider whatever I want to be canon as canon. LoL. DC has an official canon and I have one that I prefer.

I believe it’s canon. Snyder teased it in one of the Dark Knights Metal prelude when Green Lantern tells Batman he hasn’t even solved the three jokers mystery yet.

Doesn’t matter either way to me, I just want a good story. But I would trust Geoff Johns, who has more insight on DCs publishing objectives.