Overall, Scott Snyder’s run on the main Batman title is great. Not a lot of genuinely good things came out under the New 52 era, but this is definitely one of them. Good action, great emotional moments, there is a lot to enjoy.

Is it perfect? Well…no. But to be fair, the problems I do have with it have less to do with Snyder himself and more to do with how the New 52 itself was structured. Batman was involved with a lot of different titles (Batman, Batman Eternal, Batman Incorporated, Detective Comics, and so on). It can be heard to keep track of things. There were a few times in the main Batman series where it references an event that took place under a different title that I had no idea happened (Damian’s death, Gordon being locked up). The series tries to give you enough info to catch up, but I still felt confused and it took me out of enjoying the actual run. But like I said, when it comes to the actual stories and writing of “Batman”, it really is great and worth the read.

Now, here are some brief thoughts on some of the larger story arcs that came from “Batman”:

THE COURT OF OWLS: The first 11 issues had Batman deal with a brand new group of villains that have existed in Gotham for centuries. Bringing something new to the mythology is always a risk when it comes to a character as popular as Batman, but like the movie “Mask of the Phantasm”, it completely nails it and turned out pretty epic. However, since this is the very first arc of this series, this may set a pretty high bar for other arcs to be compared to which might be unfair.

DEATH OF THE FAMILY: On the one hand, nothing huge really happens. Joker comes back and targets Batman and the Bat Family. We don’t learn anything new about Joker himself. So on that end, it’s underwhelming. But on the other hand, we do actually get insight into how these versions of Batman and Joker view each other, how they behave. It is a decently written story, just not that huge.

ZERO YEAR: This arc tells roughly the first year of how Bruce Wayne went about fighting crime after returning back to Gotham after years of training around the globe. He takes on the Red Hood Gang (which may or may not have been lead by Joker) and takes on The Riddler after he manages to take over the city for several months. This arc is a pretty long one, I think this ended up being collected in 3 different trade paperbacks. Every once in a while, it would get interrupted by a special issue that takes place in the modern day but I would have no context what was going on. I have no idea why this arc went on for so long. Maybe it had something to do with events of a Justice League story? Despite this arc’s length, it actually is pretty good and this is my favorite take on Batman’s early years as a crime fighter.

ENDGAME: Another Joker focused story arc, but in my opinion a significant improvement over DOTF. Joker is back, fully healed, and poisons the city with his deadliest version of Joker Gas yet. Joker even seems to be making himself appear as some sort of immortal being who has always plagued Gotham. But it never really confirms if he is or not. Personally, I think not, but an argument can be made otherwise. It has great atmosphere and a fairly heavy final confrontation between the two characters at the very end of this arc.

SUPERHEAVY: As the city heals from Joker’s last attack, Batman is believed to be dead. Gotham decides to make it’s own Batman, one who works within the system and has approved and certified funding. Gordon is chosen to be Batman, and at first the arc does mainly focus on him. But as we go along, the focus turns to Bruce Wayne, who survived his final Joker fight but has seemed to lost memories of everything in his past. While we do get a look at what Batman might be if he worked within the system, this story is really about exploring the emotional toll being Batman has had on Alfred and to a certain extent Bruce as well.

Like I said, this run was a generally great run on the main Batman book.

An All-Time great Batman run. It will always be special for me because it was the first run I followed from beginning to end. Court of Owls and Death of the Family are my favorite from it.

The crown jewel of the ill-conceived New 52.

I first started getting into comics during the New 52 reboot. The Court of Owls was my introduction to Batman (lame, right?) Anyways, I’ve been reading ever since and it’s still my favorite story arc to this day.

Pound for pound, I feel The Court of Owls is one of the best modern era Batman adversaries since Hush, if not a bit better TBH (and I loves me some Hush).

If there’s ever a live-action Batman movie that features him up against the court, Talons and more, I’ll see it. The court would make for perfect live-action foes, and I hope Snyder and Capullo have made the folks at Warner Brothers Pictures aware of that.

Seeing the court in live-action would sure beat new takes on villains we’ve already seen in live action movies.

His run kinda lost me at the end with Superheavy and whatever that Bloom character was. I never liked the dionysium stuff either. His run started off with a bang though. Over time, the only arc I still remember is Court of Owls.

If we’re talking his Dick Grayson Batman run in Detective Comics, then it’s one of my favourites. The New 52 and beyond Bruce Wayne stuff? Couldn’t get into it. And the less said about Metal the better.

Your not a fan of Dark Nights Metal? Personally, I thought that was awesome

I personally disliked it quite a bit. There were ideas that I liked, but I hated his characterization of Batman, and he always found ways to throw in plot developments that gave me the “nails on chalkboard” reaction. Oh, and don’t stick Jim in the suit, please.

Vroom, you know I love you, but you know exactly what I’d say in response.

As someone who got really tired of the Morrison “Bat-god” trope, Snyder’s run was a refreshing change of pace. Bruce didn’t always win. Bruce got put through the wringer. But in moments like this, it made me connect with Bruce as a character.

There was also a fantastic spin-off from the Court of Owls storyline in the Talon series by James Tynion IV. I loved that book. It told the story of a Talon who breaks free from the Court and tries to become his own hero. I often equate it to Goodwin and Simonson’s Manhunter story. They have a very similar flavor.

I love Scott Snyder’s Batman. With the exceptions of R.I.P. and The Black Mirror, (which was also written by Snyder) Zero Year is my favorite 21st century Batman story.

As someone who got really tired of the Morrison “Bat-god” trope, Snyder’s run was a refreshing change of pace. Bruce didn’t always win. Bruce got put through the wringer.

Aw, come on. Morrison totally put Bruce through the wringer in Batman RIP…or, as Scott Snyder calls it, The Court of Owls, first draft.

Okay, okay, I’ll be nice. I kinda enjoyed Death of the Family and Endgame.

I just never got into Morrison’s Batman. I think he and Miller were the two that made Batman so unlikable in the 80’s and 90’s.

I really enjoyed the spin-off but I thought the costume was awful.

Miller? As in Frank Miller? I mean, I hate Miller, but I thought Dark Knight Returns was great. Not perfect but great

Great topic @EDT and really nice breakdown of each arc! I had a lot of ups and downs as well so I have mixed feelings overall. 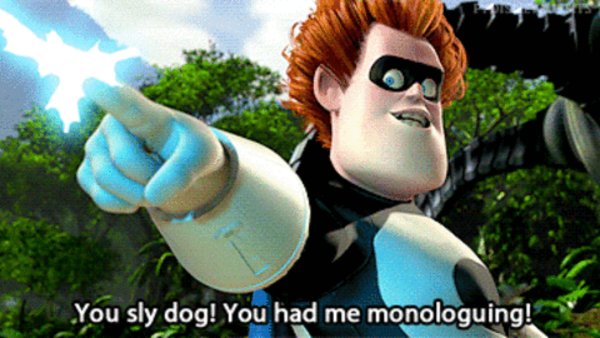 I’ve never found Dark Knight Returns to be all that compelling. I know a lot of people will dismiss that with me being a Superman fan and assume I don’t like it because of Superman’s portrayal, but there’s more reasons that that.

Ultimately I think it’s an okay story but it’s lasting effects did more harm than good to Batman.

If I had to pick a Miller Batman story, I would pick Year One.

But this is just my personal opinion and I know without DKR and The Killing Joke, we wouldn’t have gotten Burton’s Batman which also wouldn’t have given us the animated series.

To be fair…it’s Tim Burton. I think we still would have gotten his film regardless of whether or not DKR existed. But as far as Year One goes, I only thought that story was ok.

It’s why I find Snyder’s run so refreshing. It doesn’t lean on the elements and tropes Miller established and Morrison continued. It does something different.

To be fair…it’s Tim Burton. I think we still would have gotten his film regardless of whether or not DKR existed.

Sam Hamm and Tim Burton have said that DKR helped sell their vision to the studio.

It does something different.

Does it, though? The Black Glove and the Court of Owls are both secret societies run by long-lost evil members of the Wayne family that nearly manage to kill Batman.