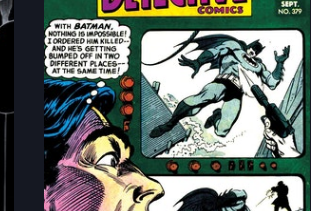 What happened to thought bubbles in comics ? You used to see them all the time, but very rarely anymore.

I never did thought of that, maybe the comic writers got tired of doing it. I could be wrong.

Comic books have tried to distance themselves from their cartoony roots in the last 20 years in hopes of appealing to people who prefer movies and TV. Hence, the death of the thought bubble. You can still find them in comic strips.

I’m wondering if it’s also because the inner monologue boxes that have been pretty commonplace for a while now just take up less space than the thought bubbles. Maybe not a ton, but still enough to give comics more room to show off the art, which I can usually appreciate

also allowed narrative exposition and character motive. Comics are far more capable of telling a story without words than they once were. Art is fancy nowadays.

At least that’s my thinking.

I think there are two types of thoughts that we can have- ideas that are contained to ourselves (the boxes) and thought bubbles that occur to mirror speech which may be utilized when a conversation boils. Here’s a scenario for thought bubbles:
“Where were you last night?” asked an adult figure (prosecutor).
Thought bubble: [doing something you wouldn’t like]
“Defense” person: “I apologize for getting home late, I was studying.”

This scenario may be somewhat confusing, but the concept is not meant to be cloudy, but to provide reasoning for thought bubbles.

It recently found some in the Batgirl Rebirths. Which are pretty new. 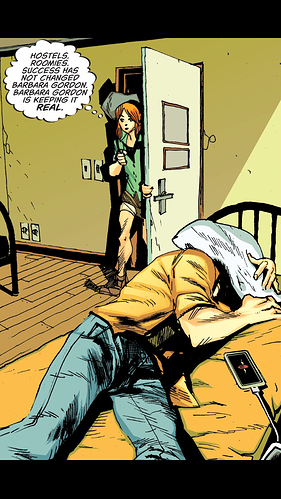 Maybe it’s preference of whoever is writing it. But they are rare to find. Rarely see them in newer reads but was surprised I found them here. Especially the day I saw this thread.

I love thought bubbles. I’m riding backseat with the characters. Seeing what someone does and says loses more than half the story compared to seeing those people think as well. Very rarely do our thoughts translate into actions.

More thought bubbles would be a good thing.

@Kon-El: I’ve got yo take issue with you about comics now being more capable of storytelling without words than they once were. Creators like Kirby, Kane, Ditko, and Romita, to name a few, were master storytellers. Unfortunately from time to time, the writers of that era would obscure their art with excessive word and thought balloons. I would not object to the return of limited thought bubbles and–yes–captions–to better facilitate the narrative. There are many artists working today that are not capable storytellers, and I find myself staring at a page–not because the artwork is breathe taking–but instead bemusing.

I’m not saying it is always the case, but reading in the late 80’s when art got fancy and story got thin makes me stick by this point. As great as Joe Kubert, Wallace Wood, John Buscema, and Neil Adams were; they were technologically limited. I think what can be shown on the page now is what has resulted in less written word on the page. Why share a panel with words when it can be all splashy? Images have more appeal than words for a lot of people. If that wasn’t true people like McFarlane and Liefeld wouldn’t have careers. My opinion anyway.

One of the reasons older comics are sometimes difficult for me to read are the thought bubbles that spell everything out in unnecessary detail “…and now, I will zap him with my secret weapon…and then…”. I can see that happening on the page, no need to reiterate it in writing. I don’t hate the bubbles, I just don’t like it when they are used excessively.

@Kon-El: I will meet you halfway on this subject. Computerized coloring is amazing, and when the likes of Kubert, Wood, John Buscema, and Neal Adams are collected using the new technologies, their work has never looked better. But storytelling is more than splash. Otherwise, all you are getting is smoke and mirrors (like much of the '90s Image books). Sometimes less is better. Lee Weeks and Chris Samnee come to mind in that category.

I think part of it is actually traceable to the decline of third-person narration. It was often unnecessary and redundant with the actual content of the book. So first-person narration with (ideally) a bit more personality came into vogue circa the late '80s and early '90s. And if the main character’s thoughts are delivered that way, you don’t really need thought bubbles.

Basically, it’s equivalent to a shift from third-person omniscient (where you can look at anyone’s thoughts at the writer’s discretion) to third-person limited or first-person (where you get the main character’s thoughts directly from the narration and learn what other characters are thinking at the same time the protagonist does).

I miss thought balloons, as I feel like they allowed readers to, literally, “get into the heads” of the characters. Of course, thought balloons have been replaced by inner monologue boxes, which function in much the same manner. It’s a matter of preference, and one likely determined by when a person started reading comics.

Speaking of thought balloons… as a fan of the '80s Titans, I believe the gorgeous image below - a 1984 subscription ad for the then upcoming deluxe format series - is the only time that Jericho was ever shown with a thought ballon (a simple, “!”). I recall reading that Marv Wolfman and George Pérez felt that giving Jericho thought balloons would be a cheat. 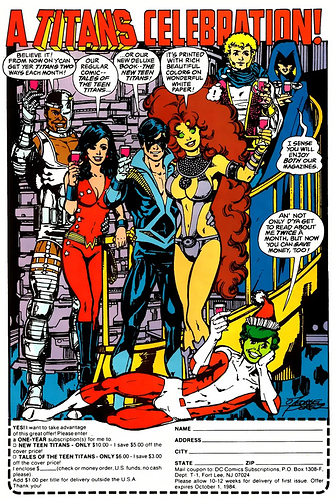 This is an example of a wordy, thought-bubbly book I really liked. Along with LoSH by Levitz/Giffen. It’s got a ton of bubbles!

Excellent topic @Bullcan - thought bubbles! My immediate answer is that they are awesome! Seeing some of the responses here discussing the history and usage though is so interesting! I have seen a decrease in popularity and believe that it has arguably made them more effective when used. Is it also possible that there is a conversion in the way that they are drawn - going from the cloudy bubble to a colored rectangular box or oval, for example?

My thinking is this, and I am a self-admitted old curmudgeon

, but a lot of it has to do with the writers involved and the style of comics. When I started reading comics, I was spoiled with choices for good writing. Chris Claremont was who I considered the gold standard. Every month, his stories were enjoyable. To me as a kid, monthly M comics were great and most of the limited series were not good and the monthly DC comics were not so good but their limited series and graphic novels were often incredible.

Seeing most or an entire issue through the inner thoughts and perspective of Batman, Logan, Matt Murdock, and other characters was fascinating to me. For some of these characters, their norm was to be quiet people who showed little external emotion. To see what these stolid types were thinking behind their public persona made them more appealing to me. Modern writing does not seem to delve into those inner thought processes as much to me.

I should say that I think it starts with the writers and then continues with the artists. I do not feel like there are as many close writer-artist teams as there used to be. Artists tend to be more visible and recognized. They have become the star quarterbacks, the movie stars, and they often showcase brilliant images. They are making Michael Bay comics; huge, beautiful visuals but the downside is their images get more attention than the plot and story they are working over.

Everyone recognizes George Perez, Jim Lee, John Byrne, Todd McFarlane, and many other people’s artwork. How many people recognize Claremont, Byrne, Fabian Nicienza, Grant, and Morrison, and many others words? Speaking of words, the talented lettered of comics of the past are not a thing now, either.

It is just my opinion but I think a lot of books have shifted from a balance between the creative teams to a glossier and more spectacular focus on images. I think it is starting to move closer to a balance and will eventually come back to the older style in time. Geoff John’s may be the most recognized writer in comics right now, I think. After years of writing and influencing the direction of his comic stories, I hope other writers and creative teams follow and give both words and art equal value. Then thought balloons might fill a need to flesh out comics again.

That is just my opinion. Everyone has their own and I like seeing what other people are thinking and saying about this topic.

I agree. However, I think used tastefully they can be wonderful storytelling devices.