This week, we’re asking DC fans to submit fun facts about the member of the Bat-family who always seems to have a smile ready, Barbara Gordon, AKA Batgirl! We will also accept your Oracle facts, if you got 'em. How many close calls did she have with her lovable but clueless Commissioner of a dad? What facts rank her as Dick Grayson’s one true love?

Let us know all your little-known intel in the comments below, and it could be selected for featuring in our new “Trivia” Encyclopedia section!

—We have RECRUITED a very helpful little friend from the 5th dimension to sort out the facts and answer questions you have moving forward in our weekly installments. He’s VERY excited to keep this party going!

—We will be accepting Impulse facts now through MONDAY, August 12th.

—To ensure your information has not ALREADY BEEN CITED in our existing Encyclopedia, you can find the current Batgirl entry here:

Barbara Gordon and Clark Kent once went on a blind date in Superman #268, , “Wild Weekend in Washington!” From October 1973, written by Elliot S. Maggin, art by Curt Swan and Bob Oksner.

This was during the time that Barbara was a Congresswoman. Batman set them up.

Barbara Gordon’s first appearance was on the Adam West TV series. She was later brought into the comics.

Barbara Gordon was ranked as one of the 10 most intelligent superheroes by BusinessWeek as discussed by worldpress.com. https://www.google.com/url?sa=t&source=web&rct=j&url=https://scholarhero.wordpress.com/2013/08/15/professor-spotlight-the-10-smartest-super-scholar-heroes-in-comics/amp/&ved=2ahUKEwi6qNDOv_LjAhWluFkKHWnWCoUQFjATegQIBxAB&usg=AOvVaw2IOg4JPTpFfjfixOq_dTPL&ampcf=1

Alex Ross and Paul Dini had pitched using the Lazarus Pit to restore Batgirl with a red based costume. A similar costume was later used for Kate Kane’s Batwoman. - https://web.archive.org/web/20071011204921/http://www.newsarama.com/dcnew/52/Batwoman/BatwomanRoss.html

Barbara Gordon first appeared in the comics January 1967 in Detective Comics vol 1 #359 (which appeared on newsstands in November of 1966). Barbara Gordon’s official debut on the 1966 Batman TV show was on September 14, 1967 in the episode titled, “Enter Batgirl, Exit Penguin”. Yvonne Craig’s Barbara had previously appeared in a promotional short where she faces off against Tim Herbert as Killer Moth. The short was made to convince ABC executives to renew the Batman TV series as well as introduce Batgirl as a regular to draw in more female viewers.

Barbara Gordon was part of the original planned cast for Titans. She ultimately was taken off of the table, but you still see some allusions to the character through Dick and Dawn’s relationship as well as Jason Todd being shown in a wheelchair in the Titans season 1 finale, “Dick Grayson” (Barbara is mentioned by name in this episode).

During her time as Oracle, Barbara Gordon didn’t have handles on her wheelchair, because she “[didn’t] like to be pushed.”

See Birds of Prey #8. The point comes up in Gail Simone’s run a couple times, but I don’t remember the issue numbers off the top of my head.

Electricity can short circuit Barbara’s spine implant, which allows her to walk again. When her implant was damaged fighting Grotesque, Barbara was more concerned with the potential impact to her mind than with losing the ability to walk again. - Batgirl 2016 #26 pg 11 and #27 pg 6

Barbara participated in sports, while in the wheelchair. - Batgirl 2016 # pg 20

After she was shot, Barbara missed the feeling of flying (being ‘on wings’) the most. Dick took her up on the trapeze. - Birds of Prey 1999 #8

Barbara was originally several years older than Dick (Batman Family #10), but their ages converged over time. They even went to prom together. Commissioner Gordon drove them. - Batman The Black Mirror pg 15

While discussing weddings after Bruce and Selina’s failed engagement, both Barbara and Dick wanted of peaceful surroundings. Barbara saw Dick with her. - Batgirl 2016 #25 pgs 20-21

Batgirl (Yvonne Craig) appeared in a PSA in the early 1970’s for equal pay. 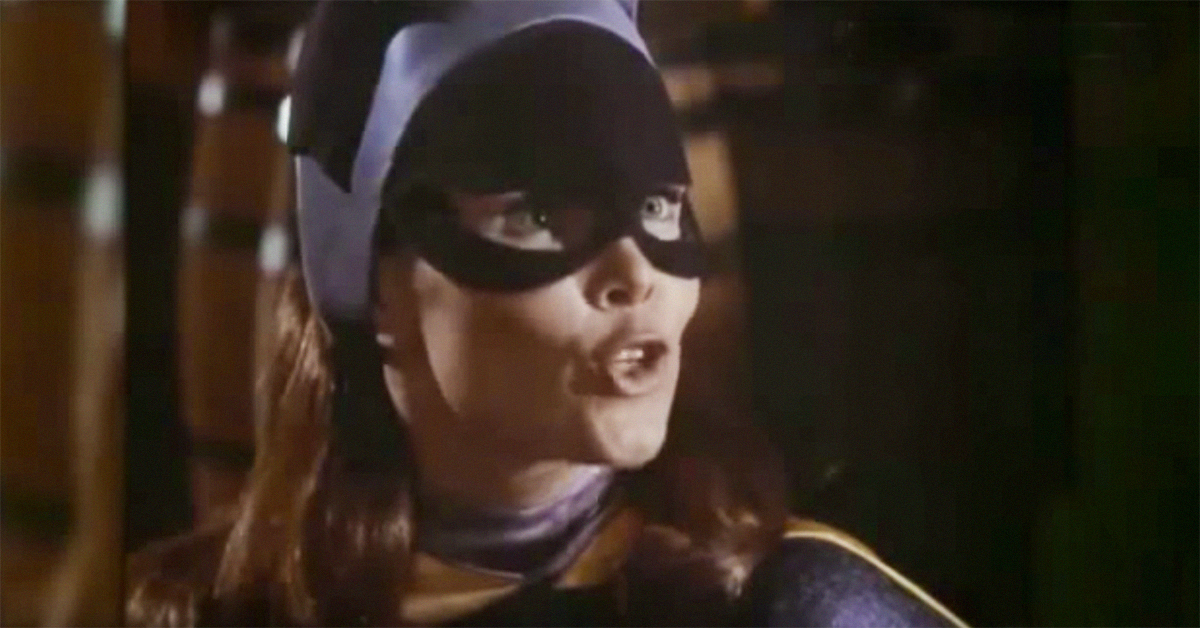 Yvonne Craig dressed up as Batgirl to demand equal pay in a 1973 Public...

Wait… who is that playing Batman?! 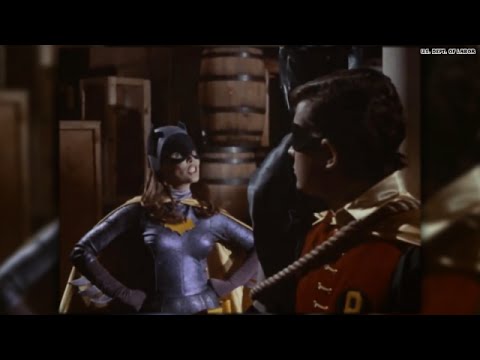 Sorry, I know A LOT about the Joker, though. If we are ever going to have a contest with that character, then I might be able to win, but I don’t know a lot about Batgirl, except she was crippled by the Joker in the Killing Joke, and she became Oracle as a result.

In Young Justice Barbara’s eyes are portrayed as blue but in the comics they are traditionally green.

Barbara’s relationship with her brother, James Gordon Jr., has differed over the years. Pre- Flashpoint Barbara and James didn’t even get along when they were kids. During Rebirth however it is revealed that James hated Barbara, but Barbara loved her brother. She would protect him from bullies, and cared for him very much until he started killing.

Barbara has several nicknames, including Barb, Babs, Red, and Barbie. (At least Jason Todd has gotten away with calling Barbara ‘Barbie.’) Also, Barbara Gordon’s initials are the same as Batgirl’s, allowing for a fun in-joke with the nickname ‘BG (or BeeGee)’ occasionally used by teammates. - Batman Eternal #19 pgs 2, 14, 15; #20 pg 18, #52 pg 17

After Jason Bard betrayed her father, Batgirl dangled him off a roof by the leg. As she debated what to do with him, Red Hood dropped Jason’s tether. Batgirl caught the line, saving Bard’s life, but breaking his leg and leaving him crippled. - Batman Eternal #28 pgs 15-17

After Barbara 's recovery and return to Batgirl, Bruce tells her she was always meant to be Batgirl. - Batgirl 2011 #6 pg 9

Barbara is typically portrayed as having blue eyes. I don’t understand why they switched to green eyes out of nowhere during the Burnside era. It doesn’t make sense.

Oh, the source of the Barbie nickname mentioned in my post above is Red Hood and the Outlaws 2011 #9 pg 20.