I would like to introduce you all to a pitch that is largely lost to time. Before the new 52 reshuffle these famous characters into a more gritty and darker tones, writer and illustrator Renee De Liz pitched a retelling of the original Princess Amethyst of Gemworld story from the 80s but with certain changes for the modern age.

In this version, Amy Winston would had been raised by a single parent father who never is around because he is busy as a police officer of Gotham. On her 13th birthday, she is transported to the magical world of Gemworld, much like the original, she ages five years as a adult. The magical world of Gemworld is in trouble as a nefarious evil seeks to destroy it and only Amy is able to stop it. Although quiet and a passive individual, she learns to embrace her new identity as Amethyst on the planet Gemworld to become it’s greatest champion.

Besides keeping with the classic tale from Dan Mishkin and Gary Cohn that I love, its also the great art by De Liz that we only get glimpse in its full glory yet I simply adore 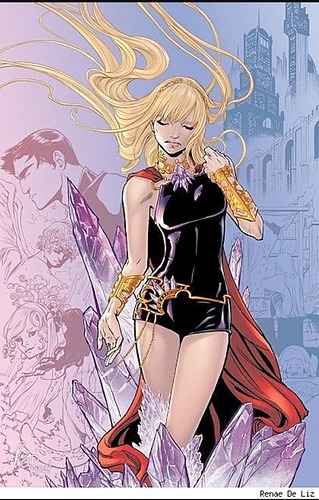 While I don’t hate the new 52 retelling of Amethyst, I really can’t say I love the exclusion of the many elements and characters from the original. The Sword and Fantasy series simply takes away the unique fantasy of Gemworld to become a more conventional and generic series.

While I cannot recall why this wasn’t picked up, I would argue that because the previously mentioned new 52 was more streamline and “darker.” DC comics editorial just made the decision to go another direction.

If you want more information on this project please feel free to check out Renee De Liz blog here for more info: 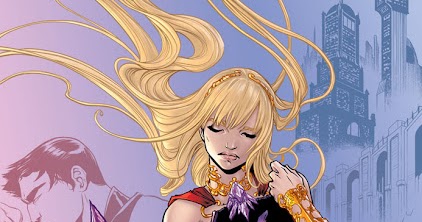 I though I'd gather together all of my Amethyst: Princess of Gemworld stuff onto one page :) For those that don't know, she is an older DC ...

And feel free to discuss this further here or elsewhere as I have hope, even now, one day this project will get picked up in the future.

Thanks for the link @Samsonkillingtime!!!

You’re welcome.
With Amethyst, she definitely could use the reboot. I really think it’s a miss opportunity that dc comics misses about her character. That instead of a child becoming a superhero as wish fulfillment, Amethyst usually presents a child who becomes a hero as a burden. A young hero who is forced to confront death, war, political drama and competition amongst kingdoms alongside the responsibility of saving a entire world from a existential threat. Contrasted in a usually fantastical setting, her friendships with Topaz and Lady Turquoise and her childlike wonder.

I do really love de Liz’s art - her Legend of Wonder Woman is one of my favorite tales!