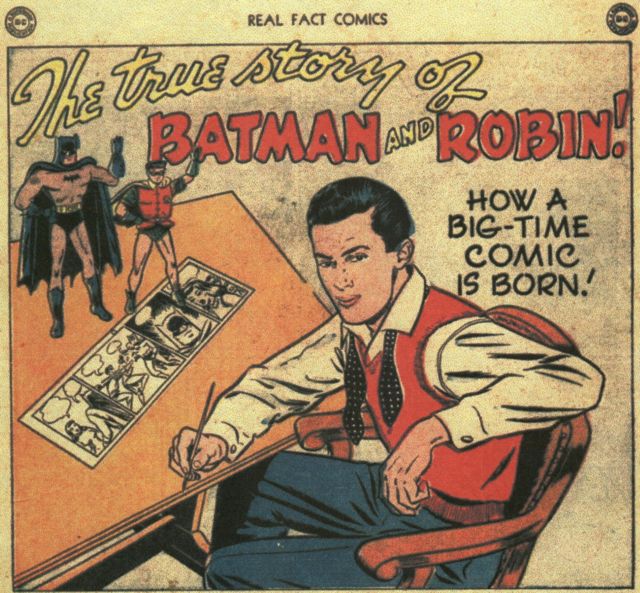 real-fact-5-page-1-medium640×593 98.5 KB
Way back in 1946 to 1949, DC Comics made a comic book that’s called, ‘Real Fact Comics’ it lasted for 21 issues and sadly ended due to poor sale.
What the comic was about is that they had history of some famous people like Bob Kane, Lon Chaney, Jimmy Stewart and many more. I’ve already talked about this with @Applejack and am thrilled that she like the idea of bringing this series back for DC Library. It would be so great to see this old comic being added to DC Library with all 21 issues, and maybe they can restart the series, alot of things has happened since 1949. If you love history as much as I do, I think you’ll enjoy reading this comic book. I hope that DC will being it back. If they restart the book what famous people do you hope to see in?

I wanted show you guys a few front covers of Real Fact Comics. 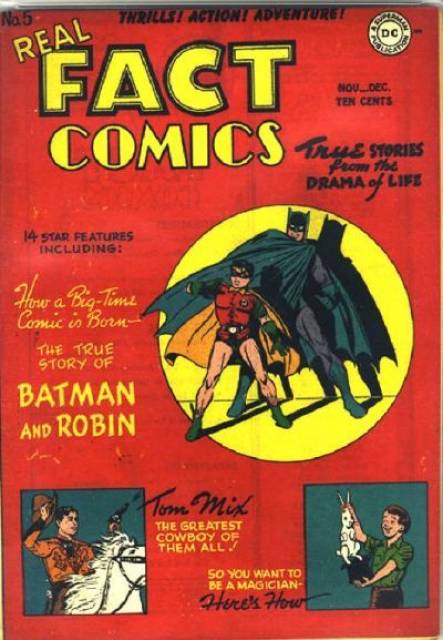 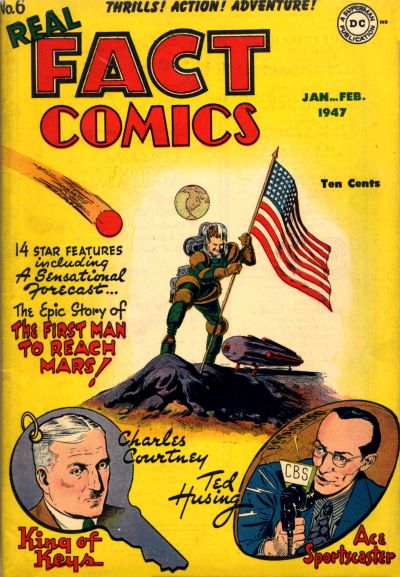 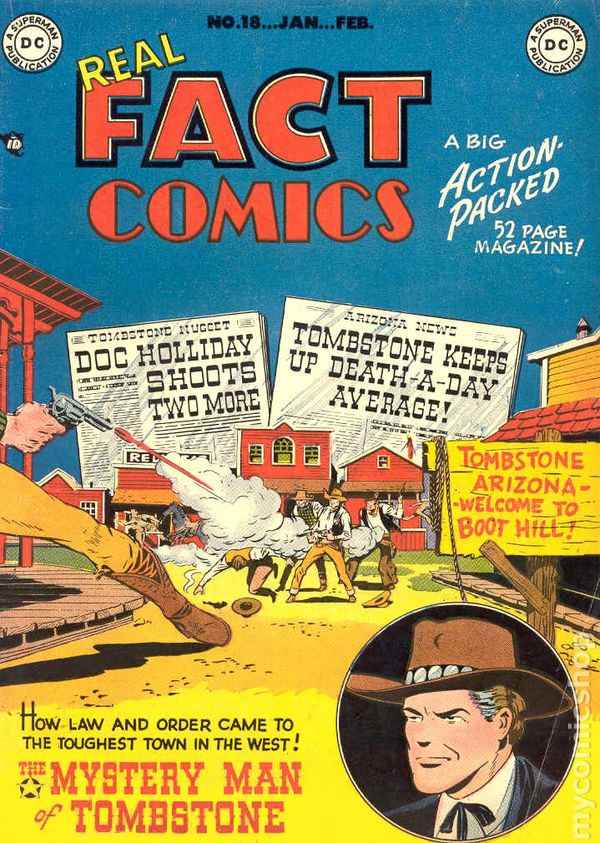 Yeah I’d love to see some more of these covers, and even some inside pages.

When I was a wee lad long before I started becoming addicted to comics for a lifetime, AKA ages 6 to 10, some folks just up from where I lived had stacks of comics …I guess in today’s terms it might have been three long boxes worth, and it was all that stuff from 1946 to like 1960 that was non-superhero that took over from the very short-lived superhero age the Golden Age.

The series you show here is right after the implosion of the World War II superhero runs. Comics Like Classics Illustrated, westerns, comics featuring TV stars, comics about street crime that kind of thing was piled up on a stairwell. It truly is interesting that the superhero genre flared back up at all.

Love history, love comics. “Two great tastes that go great together.” Oh, wrong era, but still would love to see this in the DC Library. I’ve heard about this series but could never find it. Hope it gets some traction.