The power of perception is a curious thing.

On any given day these actions would’ve had people screaming in anger.

If, for example, Harley was all into Kite-Man and Ivy attempted to (and succeeded in) seduce him at his bachelor party people would’ve been incensed.

We don’t blame them because:

It is surprising how a horrible action can be heralded as amazing when it’s a character we like.

I’m glad Kite-Man kicked Ivy to the curve. He deserved better than her.

It was because they are well fleshed out characters, The writers took their time to build up their relationship and finally cashed it in. We got invested into them and wanted to know what happens next and that is a well built story. Yes, her actions were wrong, but the story has revolved around this idea for the whole season and it is satisfying for the audience to see it paid off and enjoy a good ending.

Ivy was living in her own delusion. Repressing her own feelings.

Kiteman got caught in the crossfire. Life happens that way sometimes.

Ivy should have known to call the wedding off the second time she and Harley woke up together on Themyscara. So if you are looking for someone to “blame” in all of this it would be Ivy, not HQ.

I however hold the view that nobody is to blame. In life sometimes

With the copious amounts of clever dialogue/moments and character insight on this show, there’s more to focus on than just this—in my opinion, anyway.

Perhaps consider 3 decades worth of a relationship Vs a few months w/ someone most people aren’t familiar with? And why that may change the perception of the story progression, rather than assuming everyone is just awful.

And I agree w/ @DeSade-acolyte: S%&t happens. And being true/loyal to your self should be valued, too.

Another aspect of it is that these are super-villains – in the grand scheme of things with murder and robbery, infidelity is a little lower on their list of sins.

The thing is, I don’t think the show tries to sugarcoat it. What they did in the cheating was wrong, Kite Man even says that he “deserves better” than Ivy.

I just hope that Kite Man finds someone for him. Hmm…maybe Jennifer the bridesmaid?

I mean… they ARE villains.

I’m with you, henrywalsh77. Excuses like “they’re consenting adults” and “that’s just what villains do” doesn’t make any of it okay.

I’ll admit I at first was in the group who didn’t really care that Ivy had cheated on Kite man and that’s mostly because I was so convinced Harley and ivy belonged together so I didn’t really care about Kiteman‘s feelings and all of that. And my excuse was “well she’s a villain I’m sure this is not the worst possible thing she’s done.” But then I did some thinking and I thought what if the shoe was on the other foot? What if Harley and ivy were the ones already in a committed relationship and Ivy slept with Kite man behind Harley’s back would I still have that same mindset? Would I still think “well she’s a villain?” The answer is hell no I would be livid.

I still love Ivy as a character but yes she was most definitely wrong. And the show does such a good job of building up these characters to the point where I actually cared about Kiteman enough that I wanted him to find somebody that truly loved him.

Common in romantic comedies too but people turn a blind eye. Here is a funny video with the cast of Last Christmas discussing something similar lol 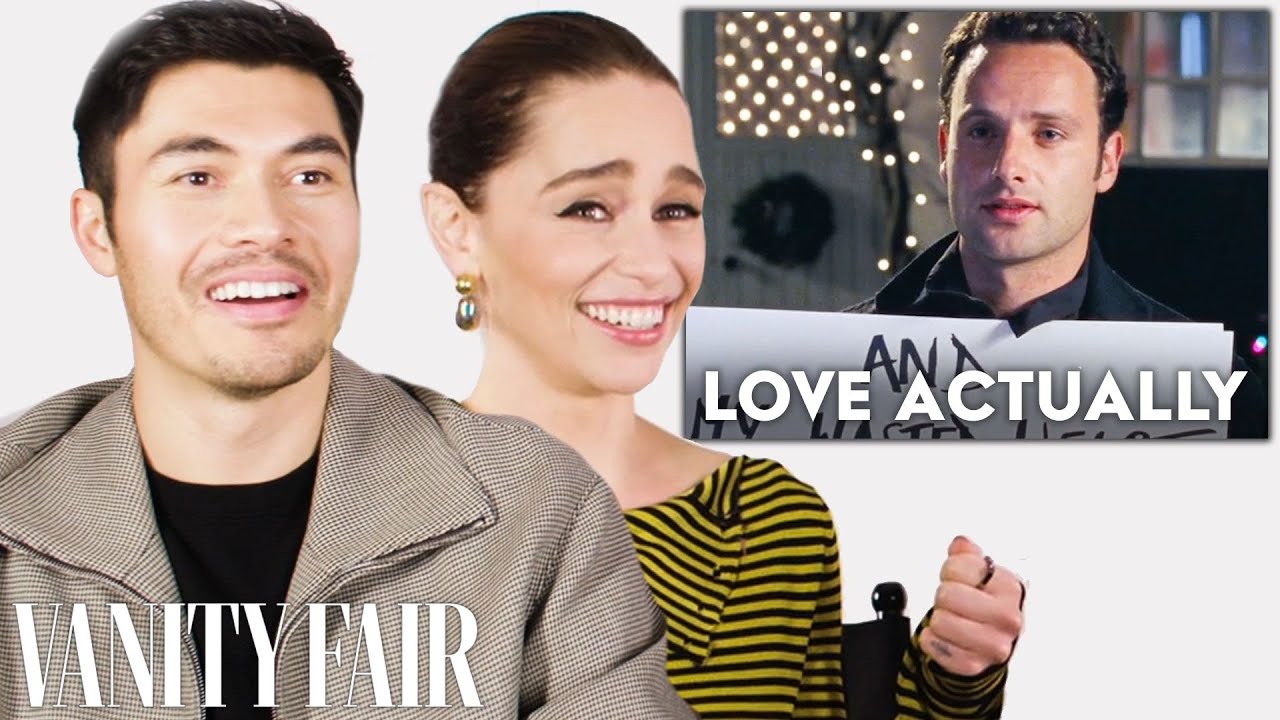 Why is it that fidelity is some how this “virtue”.

The entire idea is an extremely bad idea and only really exists as the means of verification that ones offspring were in fact their offspring and was there solely for the line of succession/distribution of property when the father died.

To be honest I can’t judge Ivy or Harley for what they did because I started my 8 year long and going relationship with cheating. Should you cheat no dose ■■■■ happen? Hell yeah… (moment of silence) my heart breaks for Kite man. I hope he finds someone, I mean if Joker can, Kite man sure as hell can!

I think a big thing your not taking in is Ivy denying this part of herself. So coming out is hard and it is harder for people later in life even if it’s bisexuality. Is cheating right no. Kite man didn’t deserve that it wasn’t right no one is happy she cheated. People are happy that Ivy was true to herself. She says at the end she hurt a lot of people not being honest with herself Kite man being #1 on that list but also Harley she pushed her away refused to talk about them kissing or having sex (to anyone). Ivy lied to herself about who she was and it tore apart her relationships with others. Harley forgives her now but I’m sure it’s not going to be all roses and sunshine.

I noticed, but at the end of the day they are villains. I’m not going to be upset with someone cheating with one hand when they are bashing in heads with the other.

I saw little love between Ivy and Harley during the whole show. They were barely pulling off being friends. There are definitely well told Ivy+Harley matchups. This show just wasn’t one of them for me. Kite and Ivy had something strange but beautiful here. The Harley+Ive had to grow from nothing in a few episodes and I just wasn’t convinced at all.

Are you a lesbian or bisexual? If no how would you know what the relationship would look like developing? Because this is how we are it is spot on! I just feel a lot of people don’t seem to understand not all relationships act as straight ones do.

Hmm, interesting take/perspective I hadn’t thought of on my own. I guess you could say that’s true &I agree for the most part…

Considering that Hallmark Channel attempts to be a “moral” tv station, I use that loosely, I do have fun when I point this out to my mom.

As for Harley and Ivy. Good for them! People discover who they are and for some it takes longer. Throughout the Ivy and Kite Man relationship there are many scenes where she tries to convince herself that she is happy. It wasn’t like a weird quirk that she chose to overlook but it was everything. It sucks that she dragged Kite Man for as long as she did but I would say that it worked out the best for everyone involved.

I don’t agree, it was clear from the start that Ivy & HQ have a special connection. In both season 1 & 2 there was this sense that Ivy was repressing her feelings for Harley. At first this seemed rational because Harley had a lot of issues from her relationship with Joker she needed to process.

There is an old adage. “You don’t do anything drunk, you’re not at least (consciously or subconsciously) think when sober.

It boils down to three things, I think: First, Harley and Ivy (as you mention) are the protagonists, so they’re as “right” within the context of the show as Supergirl might be on her show when she throws a supervillain through an apartment building.

Second, we already knew how this was going to end! We can pretend (because the show is well-written) that it was suspenseful and we didn’t really know, but they obviously weren’t going to deliberately anger fans with the tepid friendship of the first season and build the relationship in the second season, only to pull the rug out from under the audience at the end.

Third…don’t forget that Kite-Man was also introduced as a character who believed he knew what Ivy wanted more than she did, and that her rejecting him didn’t matter. So is a commitment to him important? That’s a pretty abusive relationship, even though he “seems sweet” by the end. We got much less of an impression of Harley acting like a predator than we did with Kite-Man, too, because we (probably wisely, even if it’s obviously in service of a joke) don’t see what led Ivy to sleep with her.

Plus, like others have pointed out, they kill people pretty arbitrarily, so…eh!

I find this whole discussion fascinating, and love seeing the different points of view.

During episode 9, I felt sad for Kite-Man because (as he and many others have mentioned) he deserved better. It was my desire that the incident would help her come out of her denial and realize that marrying Kite-Man was wrong. Not just for her, but for him because she did not love him the way a spouse should. Unfortunately, this didn’t happen and she let her (understandable) fear that Harley wouldn’t stick to their relationship keep her from breaking things off with Kite-Man. Thus, we were forced to watch as the adorable cinnamon roll that is Kite-Man came in completely oblivious and carried Ivy away.

Marriage is a big deal to me (I understand that’s not the case for everyone, but it is for me). It’s a public commitment to be loyal to another person. A promise that through all the ups and downs you will be there for each other. And it’s not something that’s all rainbow kisses and unicorn stickers. It can be hard, and you have to work at it. That’s one reason I was not as upset over what happened at the bachelorette party because it was better for Ivy to face things now then after she’s married.

Harley and Ivy are one of my OTP’s, but if Ivy had married Kite-Man and then hooked up with Harley I would have been crushed (villains or not). Please don’t misunderstand, I still think it is wrong to cheat on someone you are in a committed relationship with, but you didn’t swear that person would be “the one”, your “forever girl/man/person.”

I was soooo happy when Kite-Man finally called it off! He wanted a life-long commitment, he wanted someone who was willing to choose him over all others over and over, but that wasn’t going to be Ivy. So while my heart hurts for him, I’m overjoyed that he came to his senses and called it off, that Ivy finally faced that she loved Harley more than any other person on the planet, and that because of this harley and Ivy could begin a relationship together.

Believe me, at some point Ivy and Harley are gonna reap the whirlwind from Kite-Man. Big issues are born from small issues