With thousands of comics to read on DC Universe Infinite, and more and more coming each week, there’s never been a better time to read DC comics. That makes it the perfect time to launch something we’re super excited about-the Official DC Reading Recommendation Lists!

We’re looking to build the absolute best, most authoritative, final word lists of reading recommendations for DC characters. And who better to build these lists than the most passionate and knowledgeable DC fans in the Multiverse than you! 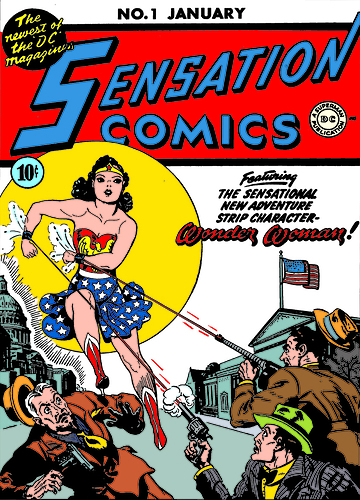 This year, we’re celebrating the 80th anniversary of Wonder Woman, AKA Diana Prince. She’s had many, many great stories and adventures in those decades. Which do you think are the best and most essential of those stories, and why? Are they great origin stories, classic stories, modern stories?

Let us know in the comments below, and we’ll add them to our master list!


New To Wonder Woman/Where To Start?

These stories establish the classic concepts we celebrate today. We are introduced to Steve Trevor, as well as her trademark abilities like super strength, speed & agility, and deflecting bullets with her bracelets.

Timeless classics and notable appearances that any new reader of Wonder Woman will enjoy, regardless of where it lands in the timeline.

This is the time of the Multiverse, which was full of different universes and different versions of characters. Things got a bit confusing before COIE, which led to the event that ushered in the next age of DC Comics!

After the Anti-Monitor’s rampage in Crisis on Infinite Earths resulted in the destruction of most of the Multiverse, the five remaining parallel Earths were merged into one, creating one unified timeline. This period explored Diana’s role as an emissary and ambassador from Themyscira, as well as developing her ties to Greek deities and mythology and her birth from clay.

After Barry Allen’s attempt to travel back in time to save his mother had catastrophic effects, the timeline of the DC Universe was reset once more, with Diana now being a demi-goddess and the daughter of Zeus himself.

What titles do YOU think should be included in the ultimate Wonder Woman reading recommendation lists? Let us know in the comments below!

A Favorite Wonder Woman story arc is by J. Michael Straczynski, 601 to 604 . The first arc is incredible. She is young and alone, with amnesia, possessing only a fraction of her powers and none of her weapons, and she is being hunted. And she looks great in pants

When he left, the stories were not as good.

Thanks for kicking off the recommendations, @TurokSonOfStone1950! This sounds like a great arc and I can’t wait to read it.

These are some great ones. And the covers so awesome™

to look at how comics changed over the years just by covers.

As for recommendations. A great look at the more magical side of WW and a nice story of her out of her normal elements is

Wonder Woman and the Justice League Dark: The Witching Hour

Boy am I late with this! While there’s so many great Wonder Woman stories, my favorite story is when Wonder Woman faces Clayface in a two part story, I’ve read it for the first time last year and thought it was really good. Here’s the comic and the link to the story if anybody is interested in reading it. 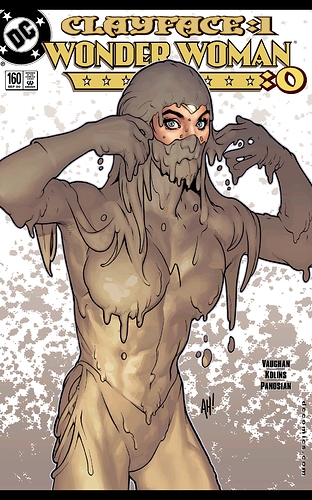 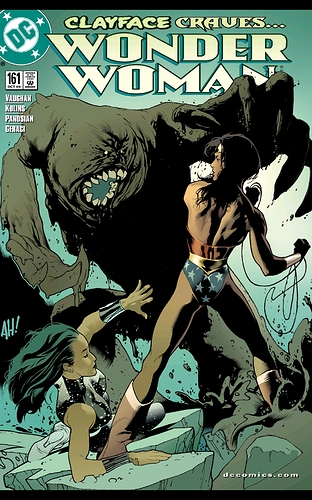 Thanks for those recommendations @NYJt3 and @Archer500! I’ve been meaning to read Witching Hour for a while, I might have to finally do that soon. And I always enjoy seeing heroes fighting villains from other heroes’ rogue galleries, so the Clayface issues definitely look fun to me!

I agree 100% with this selection. I actually came here to mention this story arc and saw you beat me to it. I will add issue 600 for the JMS story that leads into 601. DCUI only has the 10 page JMS story which is fine with me. I honestly loved this entire storyline. I would expand it to issue 614 for the complete story.

DCUI only has the 10 page JMS story which is fine with me.

Oh wow! I didn’t realize we had this complete now! When I read this last summer it was only 10 pages and the title even says 10 pages. Very tricky DCUI, very tricky.

Let me see…
Renae De Liz’s ‘Legend of Wonder Woman’ is a treasure. It has an amazing approach to her origin. Sets up several nice elements. And id argue is one of the best self contained Wonder Woman stories ever.

William Moulton Marston and Joye Hummels runs on Wonder Woman in the golden age were quite good though im not sure what specific issues I would recommend…
1-3 of Wonder Woman covers quite a bit though. A recap of her origin and status quo, taking on Ares and his three champions, and the redemption of the Baroness from being Wonder Womans biggest foe to her greatest ally.

And of course Wonder Woman #28 which takes all of Wonder Womans biggest (non god) foes of the time and has them form a team to destroy the Amazons is a big epic tale.

I could go on about specific issues from this period and their merits for things like the original Cheetah, the invasion from Saturn, and the origins of the Cheetah, but that would run a little long. Im such a big fan of this period that I could go on for pages about individual issues. I’ll just say that they are good runs that really inform alot about the character.

Oh the Wonder Woman newspaper strips. They are AMAZING to read and H.G Peters artwork is gorgeous in it.

O’Neils Mod era changes alot of things about Wonder Woman but it was brilliantly written and shows that even without her powers, her identity, and even her closest friends and allies, Diana would still fight the good fight to protect people in need.

Gerry Conways run on Wonder Woman solidified her bronze age take and would pave the way for a consistent status quo after years of confusion. He also played a big part in the ‘Earth 2’ era.

Dan Mishkin wrote some of the most pivitol stories of Wonder Womans bronze age. His work influencing the Bronze age in a big way as many of his ideas would be adopted by later writers into the new continuity.

Perez’s entire run is of course a treasure that really set the scene for post crisis even if not all of the ideas exactly carried over.

Loebs run had a fascinating space opera arc that was a refreshing change after the Greek mythology run previously. And the entire storyline surrounding her trials with White Magician was stunning.

There have been some amazing writers on Wonder Woman over the years.

Oh, and id certainly give a shout to to Nubia: Real One as a comic that belongs on a Wonder Woman recommendation list.

Thanks for those great suggestions! I really am going to have to read Wonder Woman: Odyssey soon, @D4RK5TARZ, I’m hearing such good things about it. I can tell you’ve read a lot of Wonder Woman, @nuuninuunani. I’m looking forward to reading your recommendations.

Hello @Green.Lantern,
Here’s more of my Wonder Woman recommendation, this time from both Justice League Adventures & Justice League Unlimited, both based from the hit animated series. 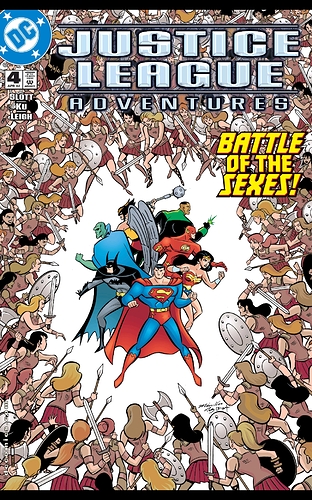 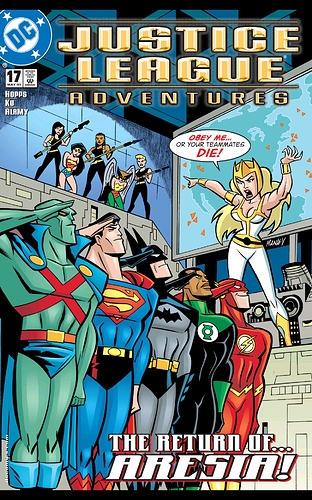 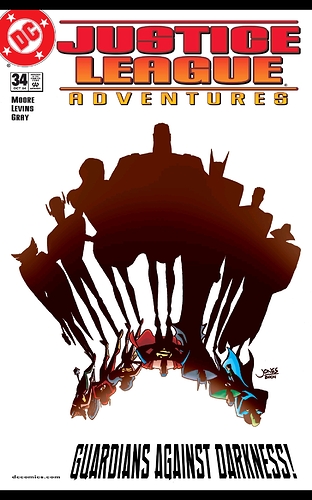 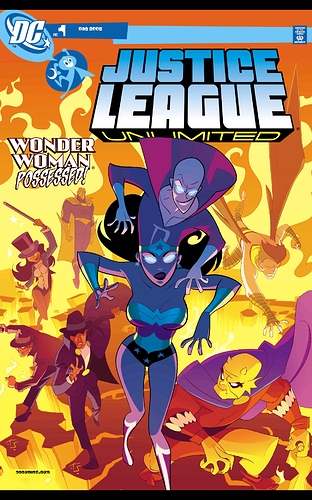 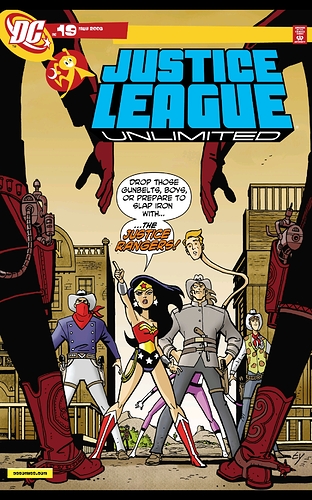 Thanks for recommending those, @Archer500! Those look like they’d be great, especially for newer readers, since I’m sure there’s a lot of people who love those shows who haven’t read many Wonder Woman comics.