The Many Faces of Superman

Hey folks. Thought I would do something a little fun that I hope will get the conversation juices flowing a bit. I’d like to start a series of posts about the different looks of DC heroes. Not only have the costumes changed over time, but various artists/movies have brought different perspectives and styles to how our heroes look. In this first post I’ll go with Superman. Since our forum is pretty clunky, I will be discussing each look in a separate comment, so please bear with me while I populate this. Will I miss a something? Most definitely, since I’ll be discussing my favorites or the what I’m most familiar with. Do you love or hate a certain look? I sure hope so! Sound off and share your thoughts and images please. If well received, maybe I’ll follow up with Batman and/or Wonder Woman. If not…well…at least I’ll have fun with this one

Early Superman. The iconic Action Comics #1 had a Superman on the cover with most of the classic elements of his costume. The S shield looked like a police badge and the belt was red, but this is the one that started it all. What I always found a bit funny is that inside that comic, the S shield didn’t match the cover; it was a simple triangle. Joe Shuster art of course. 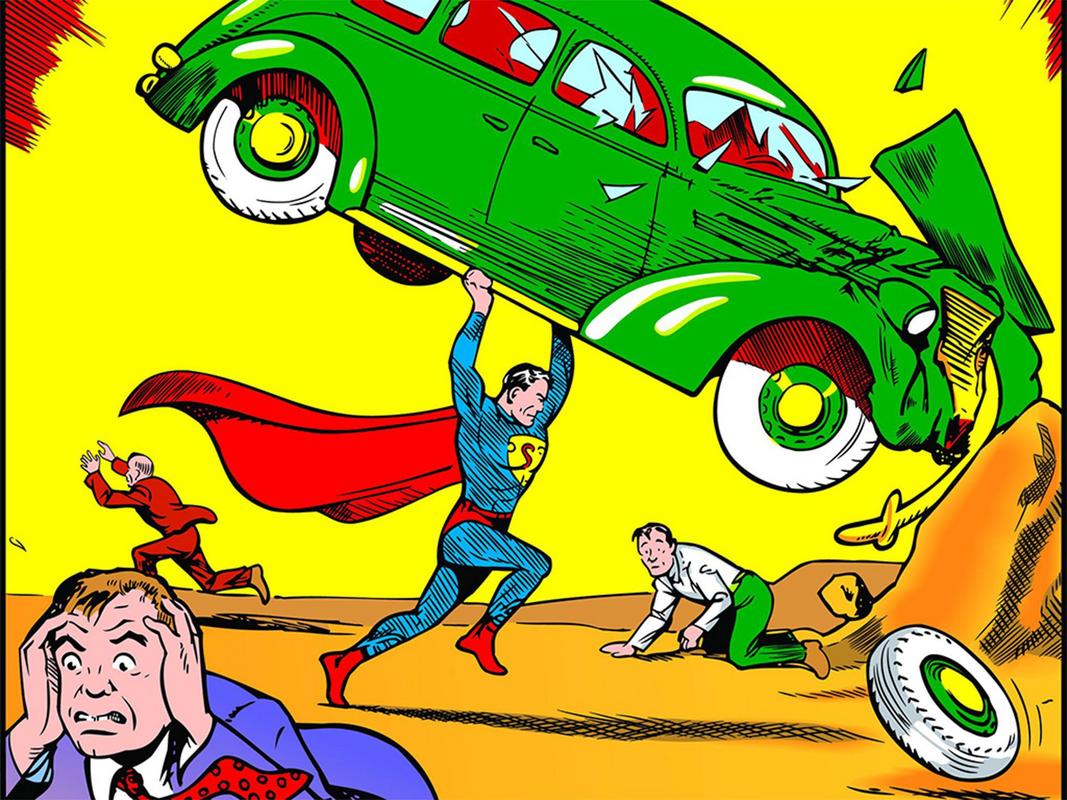 Fleischer Cartoons Superman. For 80 year old cartoons, the fluidity of the animation in these shorts is quite amazing. Don’t know if I was ever a fan of the black background S, but a look etched into the minds of many, that’s for sure. 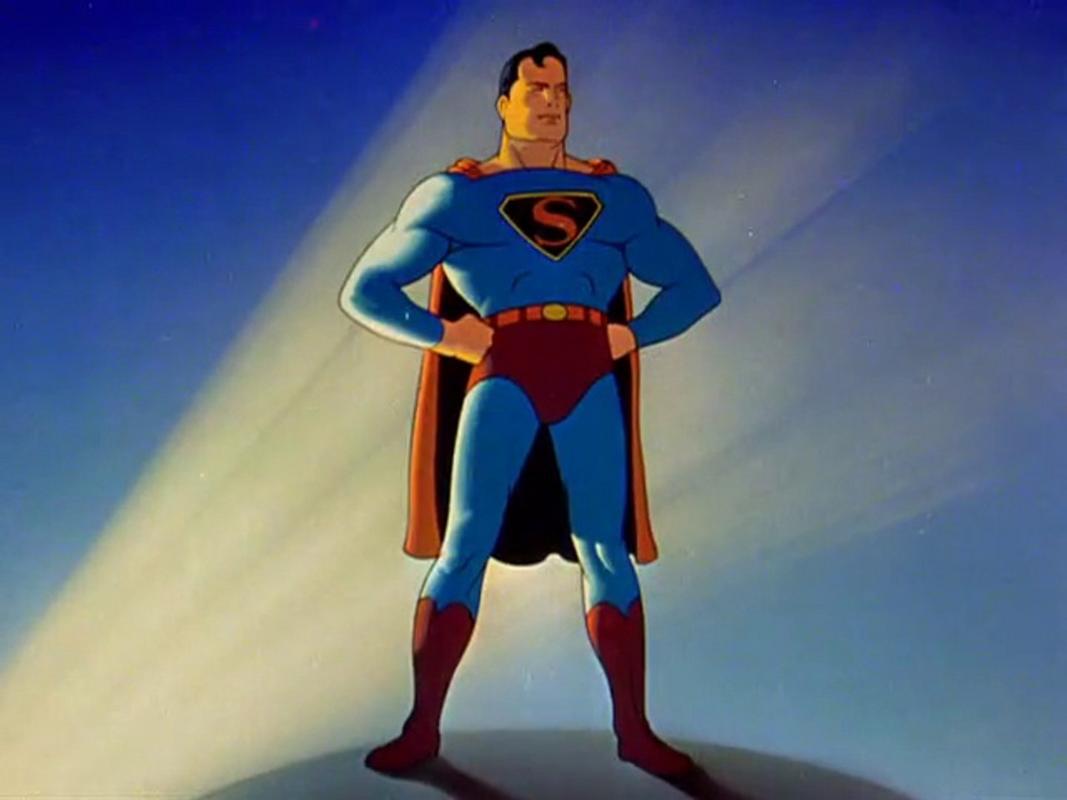 Curt Swan Superman. Swan was the definitive Superman artist for the better part of the 60s and 70s. He drew Superman for so long, that I believe his style changed a bit over the years. I liked it when he drew him with a massive upper torso, as seen here. 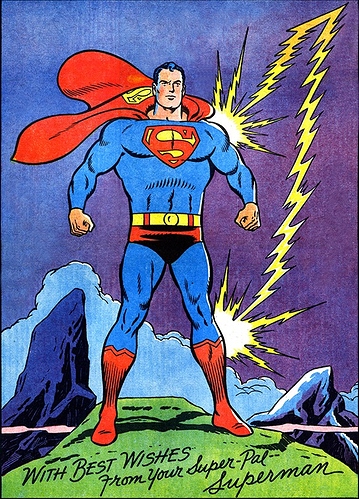 Superman The Movie. We can probably dedicate a whole thread to Christopher Reeve. Actually, we should…a thread that is a full-on love letter to the one who, dare I say most people, have associated with Superman over the past 40 years. 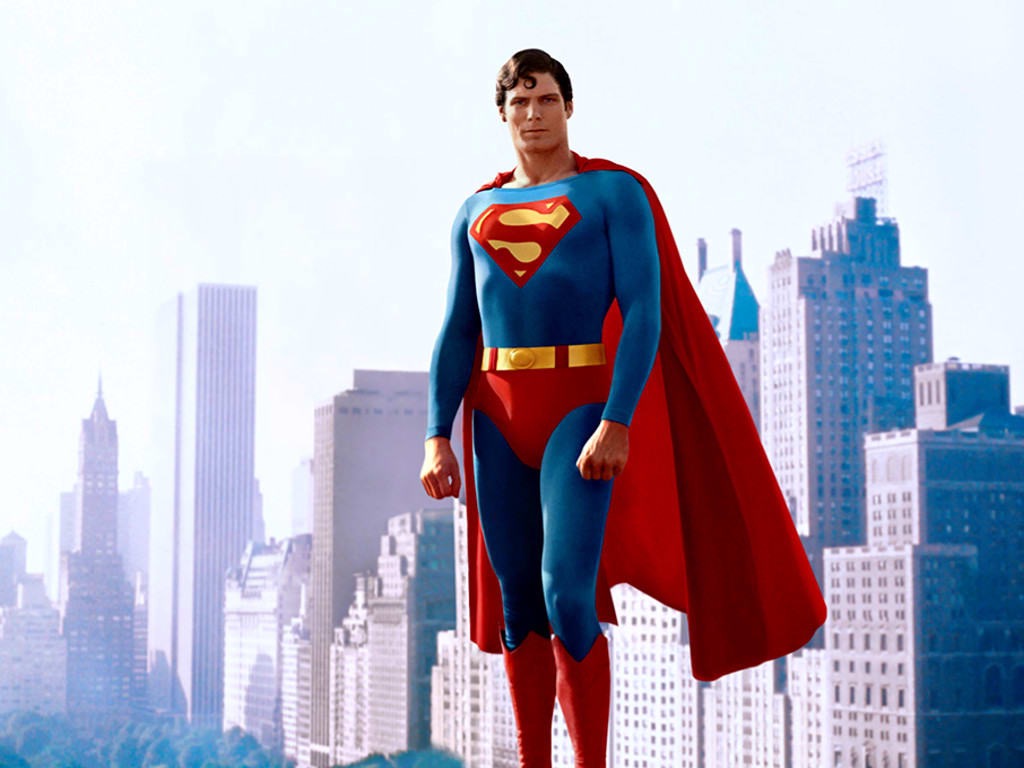 John Byrne Superman. The legendary artist and writer that rebooted everything in the 80s. I would say this is the beginning of the modern take on the character. 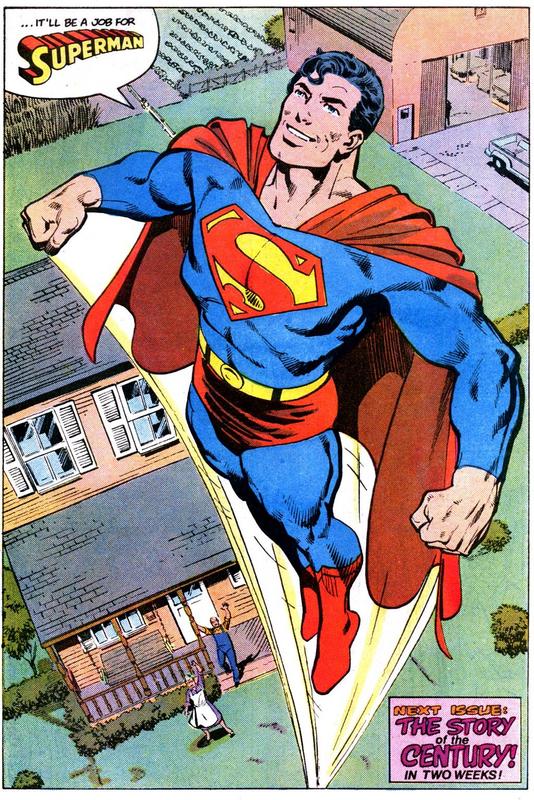 Regeneration (Black) Suit Superman. A temporary costume change in a seminal work. Superman’s back in black! The silver S shield looks amazing. This look also introduced the mullet. While I thought it looked great here (given he was “recovering), I didn’t quite like it when they adopted it in later issues with the classic blue suit. The amazing Dan Jurgens. 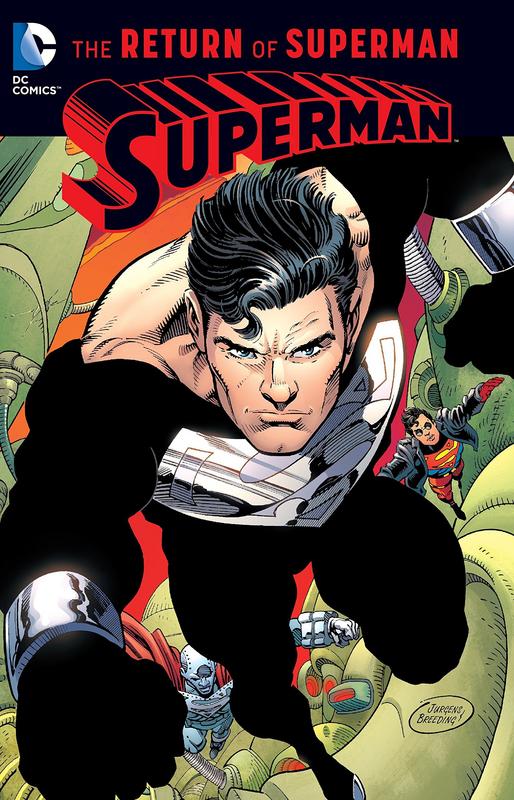 Superman Red/Blue. Superman transformed into an energy being and split into blue and red versions, cerebral and rash. Very cool concept. Wish they would release the rest of the trades on this so I can read all at once (they’ve only released the 1st volume so far). Rob Frenz on art. 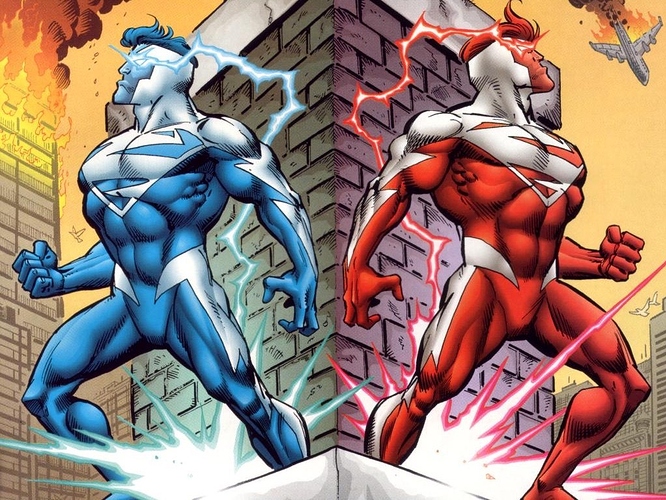 Superman Returns. This one didn’t age well, did it? Though I didn’t feel this way when the movie came out…when I look at stills right now…something feels not quite Superman-ish about it. The small S, maybe? Perhaps it’s time to watch this one again…been a while 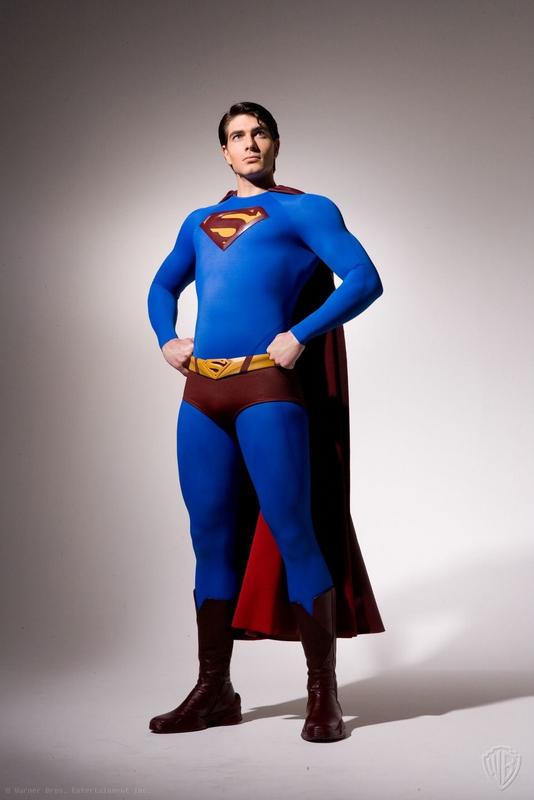 Jeans and t-shirt Superman. The beginning of the New 52. Don’t like this; the suit is an important part of the whole visual experience for me. This was however, very popular at the time. Rags Morales. 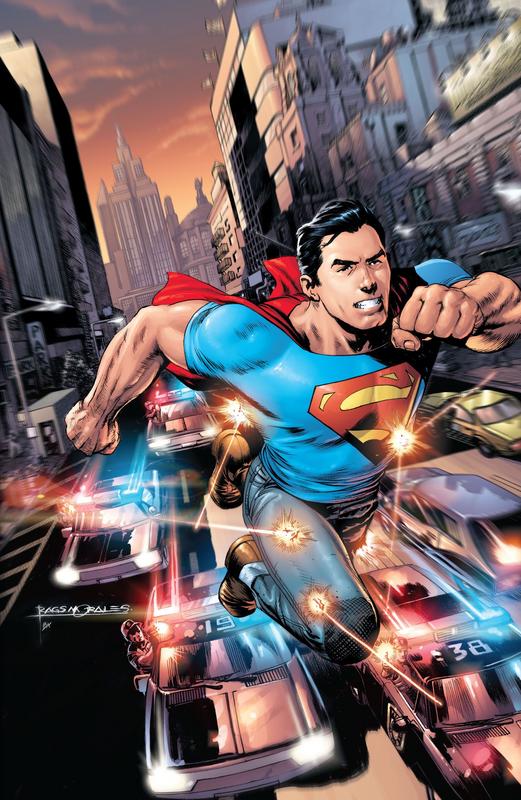 New 52 Superman. I’ve mentioned in prior posts that I started reading comics as an adult, and the New 52 is where I started. I didn’t know the criticism this suit (and the whole series) got until much later when I started getting into comics news sites and the such. Though the trunks are absent – and I am a trunks guy – I thought this was a great Superman costume. Love the high tech twist and the armored look. I’m in the minority, I know…please don’t hate me! On another note, and I know I’m contradicting myself, I’m glad the trunks are back! The great Jim Lee. 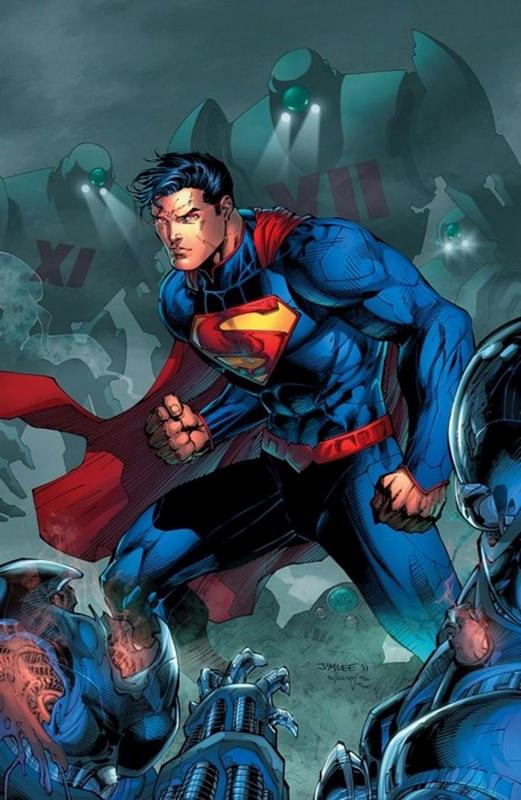 Truth Superman. Another jeans and t-shirt version, though he is depowered here. Like it more than the Morales version. It conveys a certain sense if grit that was appropriate for the story. Aaron Kuder. 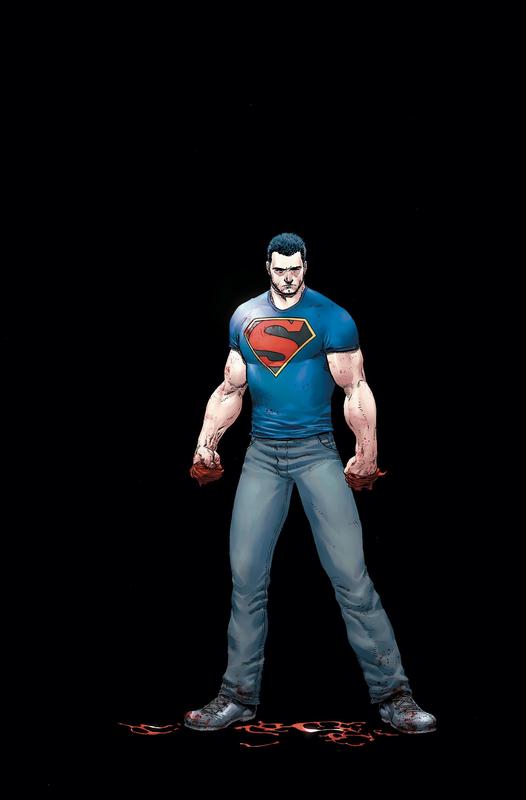 DCEU Superman. Talk about a departure. Darker colors…no trunks…different S (inspired by Earth 2 Superman maybe?)…ornate designs on the suit. It was fresh and it worked great in the movie. Here’s hoping it’s coming back soon. 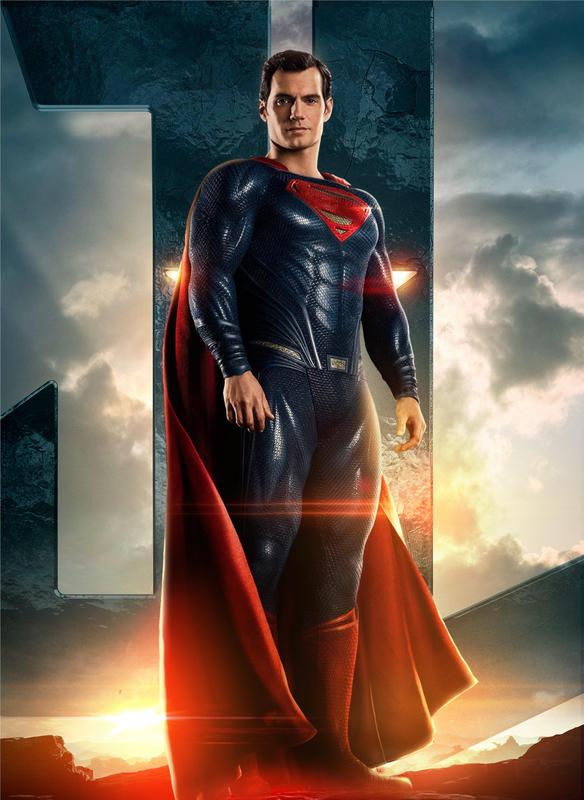 Rebirth Superman. Probably my least favorite suit. An all blue design with thin lines at the top of the boots and a thin belt. Some liked the streamlined design. Didn’t quite work for me. Jorge Jimenez. 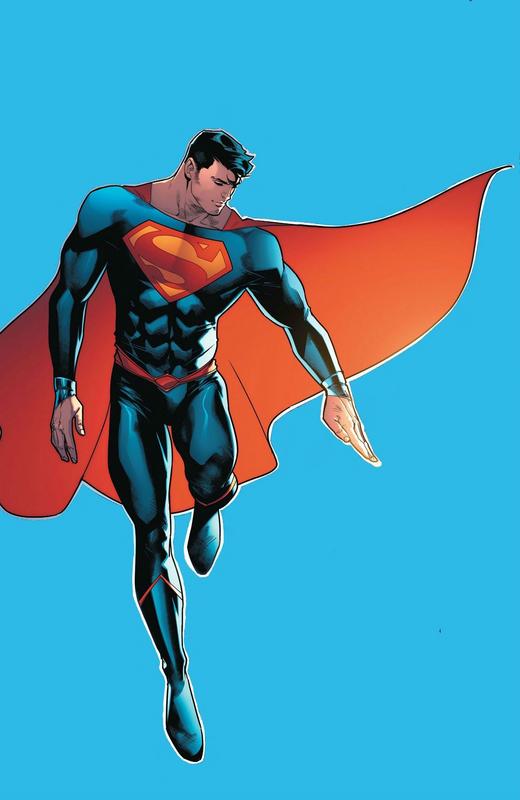 Reborn Superman. Another costume change in a very short time span. Combine New 52 Superman with Rebirth Superman and you get this look. The lack of trunks, and the very short time this costume lasted, keeps it off my favorites list. It is however, very popular, especially among the “no trunks” crowd. The thicker belt and the red boots do a better job of breaking up the blue. Patrick Gleason. 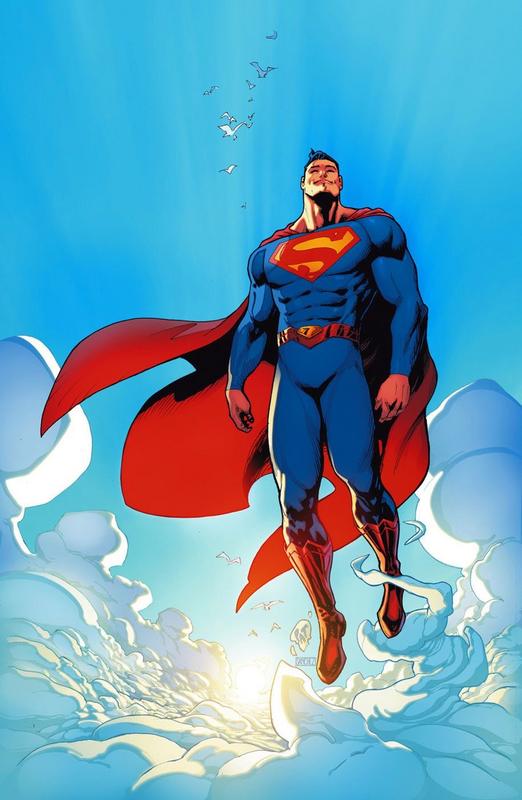 Current Superman. Aaand in Action Comics #1000…we come full circle. I didn’t know how much I love the “classic” look until Bendis’ and Reis’ “The Man of Steel” came out. The cuffs were a nice “touch”. By far my favorite Superman image by my favorite artist…here’s Superman in full glory by the one & only Ivan Reis. 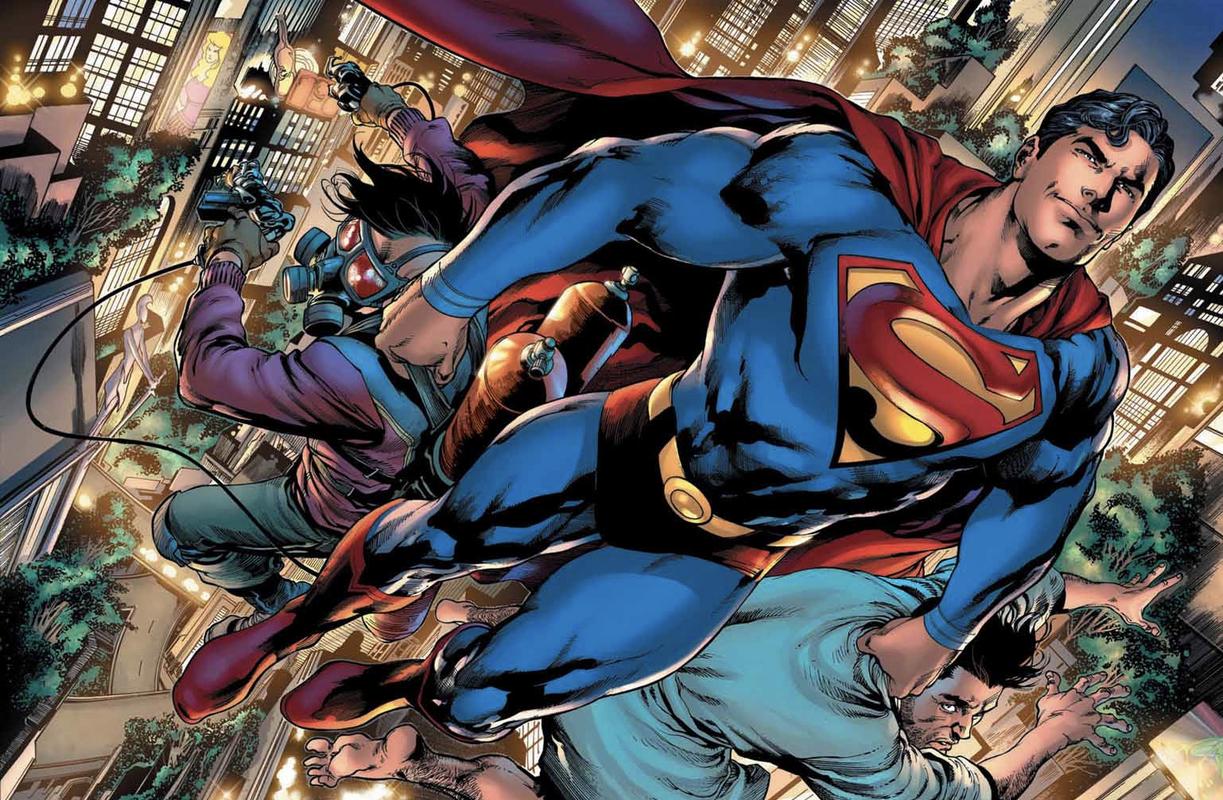 I know I left a lot of stuff out (off the top of my head: all the other Superman actors, all the Elseworlds stuff from the comics, Kirby). Doesn’t mean I don’t think they are worthy. Guess you can say I’m burned out at this point and I’m relying on the rest of the Super fans around here to fill the gaps!

Looks my John Byrne post got duplicated. Maybe a mod can help delete the duplicate?

Fixed for you, @moro!

I had recently watched the “Fleischer Cartoons Superman”, and was also amazed at how fluid the animation was. Well ahead of its time, and beats, by far, many of the contemporary animations I have seen, which seem clunky by comparison. I am also not so fond of the black S shield, and the stories are very, very dated, and filled with war propaganda, and racism, after the outbreak of WWII, but it was still worth watching.

The “Curt Swan Superman” is the the one I grew up with. I preferred his later versions of Superman better, but we all have our own preferences.

The “John Byrne Superman” is the one that reintroduced me to comics, after several years of living my live without collecting comics. I liked his works. I thought the S shield was had become a bit too big, but did not hate the new look. Since then, some even draw the S shield even larger, and that look does not come across as well with me. I think the ideal S shield size would be somewhere between the Curt Swan Superman S shield, and the John Byrne Superman S shield. Smaller, or larger, will never look right to me.

The energy version of Superman came out in a time when I had stopped collecting again. Back in the 1990s, comics were getting so dark and depressing that I just could not take it anymore, so quite. It was a time when DC writers were going on a killing spree, killing off hero and creating massive numbers of new anti-heroes. I found ti utterly disgusting that this is what DC wanted to shape the next generation of youth with.

I did later on, get back into comics, for a while, and dig out some of the back issues of the Red/Blue Superman though. I am not sure if I have the whole set, but I do have at least part of it. I would have to find my inventory list, and check, or dig though my collection to find out.

By the way, there was an earlier version of the Red/Blue Superman story, but Superman was not an energy being in that story.