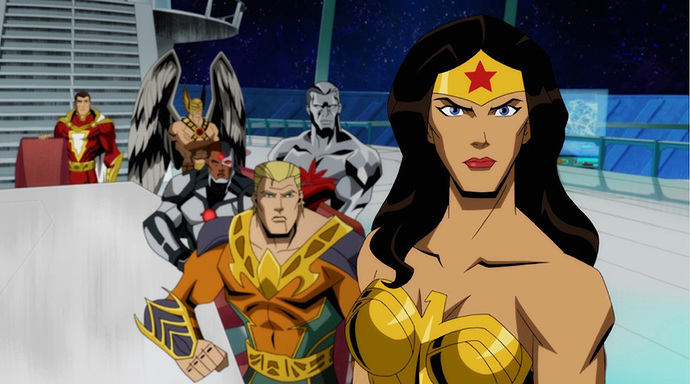 The Justice League has defeated many powerful foes over the years, but what happens when they’re forced to fight one another? Injustice tells the story of a civil war that tears the superhero community apart, as Superman tries to end evil once and for all and Batman tries to rein his lost friend in. Based on the hit video game franchise and comic book series, Injustice is now an animated film that asks tough questions about the heroes who protect us.

“I was asked about my interest in Injustice a few years back,” shares director Rick Morales. “I was familiar with the video games, I owned them and I played them, but I wasn’t as familiar with the comic book. I read the first fifteen or sixteen issues on a plane and I got sucked into them.”

Screenwriter Ernie Altbacker had his eye on the project for years. “I was reading graphic novels and I found one I had never heard of,” he recalls. “There was this image of Superman punching through the Joker’s heart, which I thought he has deserved for years and years. I asked producer Jim Krieg, ‘Are we doing this?’ He said there was no plans, but two years later he called me up and asked me if I wanted to do it.”

To read more about the Superfriends Civil War and Injustice, head over to DC Comics!

Have you watched Injustice yet? Let us know in the comments!