The Black Knights: Meet the Black Heroes of Gotham City 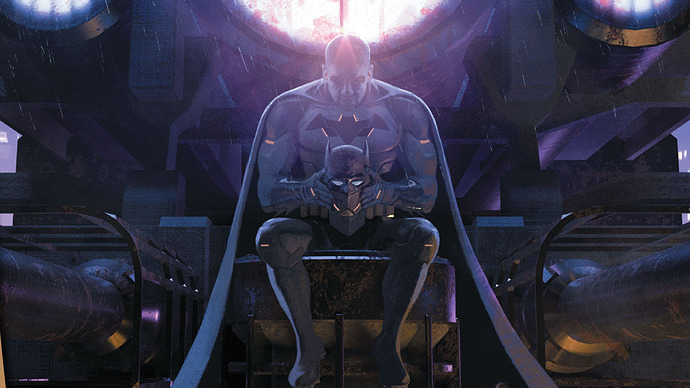 The Next Batman has officially arrived. Between DC Future State , John Ridley’s upcoming The Next Batman limited series, and his just debuted The Next Batman: Second Son digital first series, 2021 is shaping up to be the year we all get to know Tim Fox, the young man donning the most storied cape in crusading. But while Tim may be the first Black hero to work front and center as Batman, he’s not the first to fight the injustice and corruption which has defined so much of Gotham’s history. As we wind down Black History Month, let’s take a look back at the Black heroes who have kept the streets of Gotham safe when even Batman couldn’t do it alone.

Read about all of the Black heroes of Gotham in the News section on dccomics.com.

Who’s your favorite Black Gotham City hero? Which ones would you like to see more of? Let us know in the comments below!

didn’t know some of them existed. Cool.

My Favorite Black Gotham defender, Tim Fox and Ryan Wilder, least favorite Lucas Fox as depicted in future state at least as he appears to have become a coward and for the way, he treats his brother…and I am ambivalent about Lucius Fox right now for his actions after the joker war and the fact that I think he is still crazed. I feel Selina, I feel expected Luke to give Bruce back his money not steal it so ya that’s another check in dislike for Luke fox.

I know he’s not a Gotham City hero, but I’ll always associate Black Lightning with Batman because my introduction to him was via Batman and the Outsiders back in the 80s.