The Bias Toward Marvel in Comic Book History Discussions

Although reviewing it just now, the series is imperfect.

I liked very much how the Series Outsiders (2003 2007) handled character development.

Since many of the team were very new, the creators could develop them as they wanted.

As such, they mainly took the time to develop each character, before getting into intimate relations, which eventually concerned
Roy Harper and Grace, Thunder and Grace, and
also Shift and Indigo. 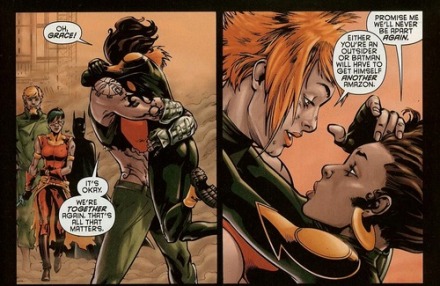 This series was written when only Massachusetts allowed gay marriage and public opinion was not favorable toward GLBT.

A recent evaluation of Grace, Roy and Thunder 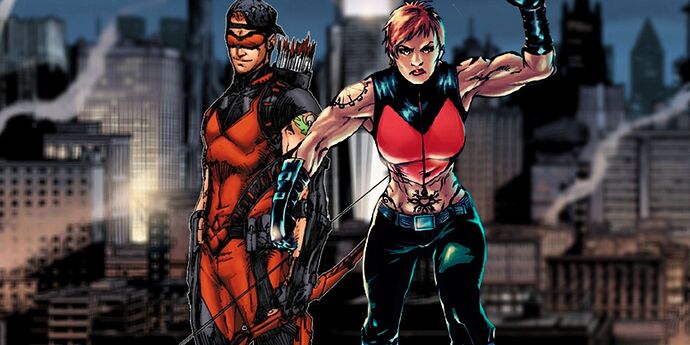 DC Admits a Classic Hero Romance Was Actually Messed Up

DC Admits One Classic Romance Is Messed Up.

That article also brings up Tara and Slade. I feel like a lot of storylines end up aging poorly. I recently bought The Book “Superman the War Years 1938-1945” and my friend said that this is the only time frame where she would not like Superman.

Most 1940s super heroes are hard to read in large doses.

Batman stories are the best

For Superman, it is often fascinating how Jerry Siegel uses his imagination to find a story for a too powerful super hero.

As for Marston’s Wonder Woman, let’s just call it a very unique approach.

Here are some links on another creation of Jerry Siegel, the all powerful Spectre.

With his set of powers, he could end any story on page one, yet there were JSA stories that had him fight street thugs 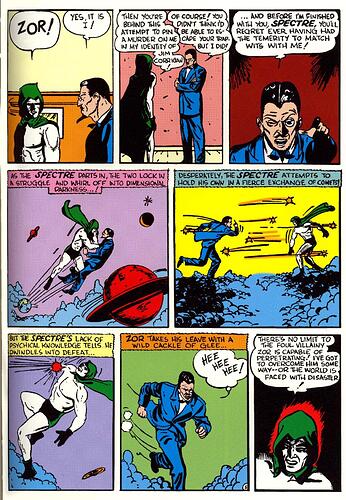 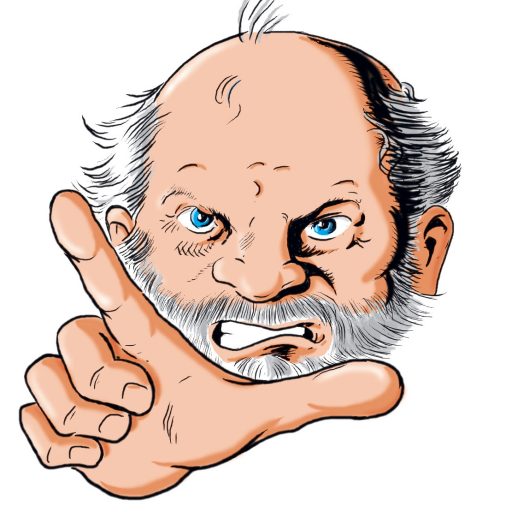 By Jerry Siegel & Bernard Baily with various (DC Comics) ISBN: 978-1-56389-955-3 The Spectre is one of the oldest characters in DC’s vast stable of characters, created by Jerry Siegel and Berna…

Peer into the Eyes of The Spectre - Golden Age Reviews | The Classic Comics...

Having recently read through my Golden Age Spectre Archives containing his

When you say comics aren’t for new readers, I think you’re actually not understanding the demographics. The truth is that most younger people don’t like the comic format; they’ve gotten comfortable with graphic novel format, due to manga. So DC and Marvel putting comics out that can be bundled into a graphic novel is the best way for them to get the younger readers. While I am older, I have a lot of younger friends and they almost never buy comic books off the shelf.

I was talking about floppies

And while trades are usually cheaper than buying all the single issues, they are still quite expensive.

Comixology has sales but that is digital.

To own 20 trades is quite a investment today.

No way are you keeping up with the hobby.

I think that’s what he was getting at.

Manga is numbered and some manga go on for over 100 volumes. I would say most go from 10-30, but I could be wrong. Manga is released weekly in magazines.

I collect floppies for the variant art and I also like to collect older floppies.

The first DC floppy I bought off the shelf was weirdly enough, the first NFT I got. An issue of Superman where he’s lost in space. An issue that wrapped up a storyline not touched in a couple decades that I knew nothing about until recently that an article on CBR talked up. Whole there may have been editor’s notes throughout, I don’t remember. I don’t know why he was lost in space, why he had long hair, who these other characters were, but I came back most weeks to continue reading this adventure. I bought older issues at flea markets. I bought other series that didn’t hold my hand explaining what was happening.
I picked up an issue of Green Lantern. This Kyle Rayner seems pretty cool with an awesome power ring. But who’s this older fellow named Alan Scott? There’s two Green Lanterns? Wow! Oh, a Wizard magazine! This helps explain a lot of characters!
I got into X-Men right before Age of Apocalypse. I got into Spider-Man during the Clone Saga. My first issue of Batman was during Zero Hour.
I love how complicated the history of the big two are. I had to go back and find out who these characters were.
Would 10 year old me be able to read comics with new eyes these days? Probably not. It has nothing to do with multiple part stories. It has nothing to do with being in the middle of a storyline. It has nothing to do with how iconic a character is or isn’t. It’s more to do with my money can go several ways. There’s multiple streaming services. There’s video games that are free.
But comics are what? $5 for a 5 minute read? I can’t justify that. My allowance can go to things that I can get a better value out of.

But comics are what? $5 for a 5 minute read? I can’t justify that. My allowance can go to things that I can get a better value out of.

Which is why I think services like DCuniverse Infinite, Comixology Unlimited and the Marvel app are so great! Paying a monthy fee to view a whole library is amazing!

This is the only way I am able to read comics now. I could never afford to buy physical copies.

Yeah, the thing is people tend to just think the story stops after the 60’s. I absolutely agree that what kirby, lee, and Ditko were doing at marvel in the 60’s was by and large far superior to DC at the time. Fantastic Four was especially revolutionary. But DC absolutely DID NOT stay the same in the following decades. The history of the comic industry can only be fully appreciated when someone who really knows both sees how they influenced each other over a long period of time. But yeah, instead DC gets credit for providing the first superheroes and then people act like Marvel just made it better and that’s it. I really don’t know if that perception will ever change. I really don’t want to attack him personally, but I think a big part of it was Stan Lee creating his own legend, positioning himself as the savior of the medium, which is completely ridiculous.

But yeah, instead DC gets credit for providing the first superheroes and then people act like Marvel just made it better and that’s it. I really don’t know if that perception will ever change. I really don’t want to attack him personally, but I think a big part of it was Stan Lee creating his own legend, positioning himself as the savior of the medium, which is completely ridiculous.

I do think that Stan Lee had a lot to do with that perception. The more I learn about him the more I am shocked that we as a culture allowed him to have that mantle for as long as he did.

I feel like now, since we have open online libraries, more people will see that there is a lot more to comics themselves as opposed to the popular, Marvel is better than DC.

I really don’t want to attack him personally

He was briefly a masked villain in Gotham, so I had to attack him personally. He is surprisingly good at dodging batarangs.