The Atom and His Clear Face Mask

Does anyone know when The Atom started wearing a Clear Face Shield, rather than the mask?
I was thinking it was just for the TV show ‘Legends’ Ray Palmer because he was portrayed by Brandon Routh and everyone wanted to see his face, but someone pointed out it was in the Comic Books too.
So, which came first?
When did ‘the Clear Face Mask’ first appear on the Hero 'The Atom?
Thanks.

I was going to answer this in a future edition of the column, but you seem in a rush for an answer – so here it is.

The Atom’s clear faceplated exosuit was developed for Season 3 of Arrow. It first appeared on-screen in the episode “Left Behind,” which aired on January 15th, 2015 – but it had most certainly been in production for a while leading up to that point.

Ray Palmer first appears in a clear faceplated exosuit in BATMAN/SUPERMAN #10, which was released in May of 2014. So while this happened first in the comics, it was likely a situation of it appearing on page while it was in the process of being crafted for television.

The most famous example of this disparity is probably the Barbara Gordon incarnation of Batgirl, who made her comic debut in 1967 – but only because she was being developed for a television appearance at the time, which would debut in the 1968 third season of Batman on TV.

So, while The Atom had that design in the comics first, it was almost certainly drawing inspiration from a design for TV which had yet to air.

Thank you very much, I appreciate your answer.
This explanations seems very plausible and reasonable.
It begs to examine how close the ‘relationship’ is, between the ‘Comic Book Developers’ and the the ‘TV/Movie Developers’.
Also, how long it takes, for an ‘idea’ to finally become manifested in it’s finality.
Kind of like, the ‘chicken and the egg’ having a race to see who comes first.

You may already know this, but the producers of Arrow originally wanted to use Ted Kord (Blue Beetle) on the series. However, when the producers discovered that DC had plans for Ted, they replaced him with Ray Palmer (Atom). Arrow’s version of Ray is somewhat similar to Ted, especially in terms of personality. 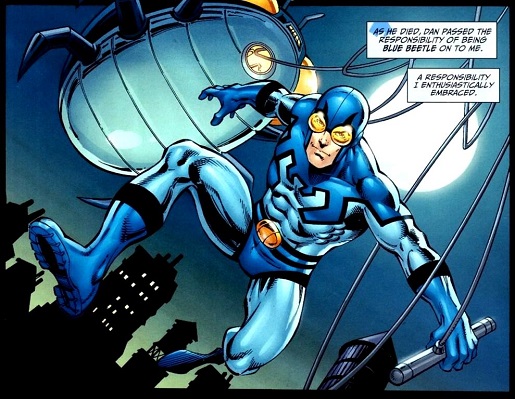 Was Ray Palmer on Arrow Originally Going to be Ted Kord, the Blue Beetle?

Here is the latest in a series of examinations into urban legends about TV and whether they are true or false. Click here to view an archive of the TV urban legends featured so far. TV URBAN LEGEND…