Hello and welcome to the 52 Book Club, where each week we read an issue of the acclaimed series in celebration of its 15th anniversary!

This week we’ll be reading issue 47 by Greg Rucka, Grant Morrison, Mark Waid and Geoff Johns, with art breakdowns by Keith Giffen and finishes by Giuseppe Camuncoli. There’s also a Secret Origins back-up for the Teen Titans written by Waid and drawn by Karl Kerschl. 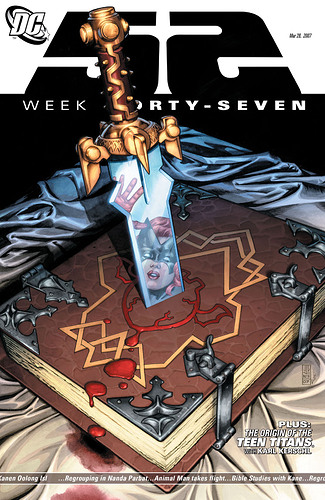 Renee Montoya returns to Gotham City! The Religion of Crime has kidnapped Batwoman and it’s up to Renee and Nightwing to get her back. Meanwhile, in the mountain halls of Nanda Parbat, Wonder Woman and Batman are reborn!

Be sure to check out the hashtag #52-book-club to see our previous discussions!

Renee and Dick need to save Kate! Looks like Bruce and Diana are nearing resolution to their soul searching. 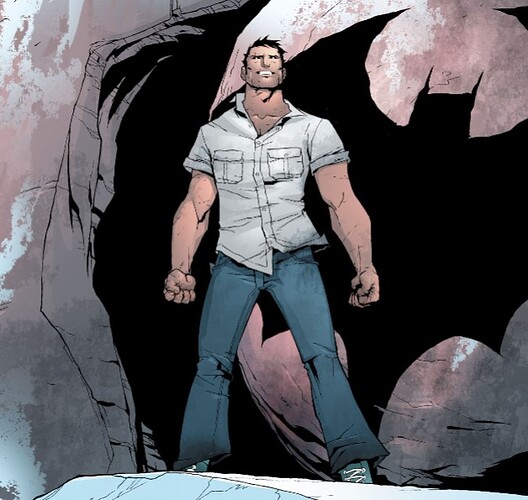 It’s interesting to see the book start to get to where things were at the One Year Later point, as well as seeing the book start seeding it’s follow-up series, like John and Nathasha’s Infinity Inc series (which I’m thinking of covering at least the first arc-ish of for the aftermath portion of the club).

Also, the scene that Tim mentions of how Bruce came to learn about this process I’m pretty sure we later see during the “Batman RIP” storyline. Also also, I wonder when Easter was during the year this came out, because the whole scene of Bruce coming out of the cave screams “resurrection.”

I will say that I kinda don’t buy the whole “because of your perfection you’ve never known struggle” thing in regards to Wonder Woman. It feels like something someone would say when they haven’t really read any of her previous series.