Tales of the Dark Multiverse

Which stories would you like the writers to give this treatment to? and why?

Would love to see a Flash story done. Of course it would be different than the Red Death one from Metal.

The Flash’s hope and optimism is perfect fodder to be warped by the Dark Multiverse. So many possibilities there.

Maybe something with Green Arrow? Something Dark and bleak… oh, wait that’s just the CW show…

Aquaman could be good, one of those times he got pushed to darkness… or maybe Mera actually pulls off her assassination mission, Orm becomes king…

Big Barda is rife with potential, same as Scott Free. Imagine a Big Barda where there IS no Scott Free, it’s just a delusion her mind chases while she’s in the grip of the Anti-Life Equation.

I’d also be curious to see how Crisis on Infinite Earths would be viewed through the TotDM lens.

So far it looks like DC is leading towards the formation of an unstoppable Dark Justice League.
Since the overall premise is Tempus Fuginaut searching for aid against the coming “Darkness”, I’m thinking the stories might be about heroes giving in to their darker aspects or villains searching for redemption (which will also set it apart from the idea of Flashpoint).
So far we’ve already got Batman’s dark tale in Knightfall and Superman’s in The Death of Superman, and we know we’re getting stories from Infinite Crisis, Blackest Night, and The Judas Contract.

I think a sick Infinite Crisis story would be if Blue Beetle turned the tables on Maxwell Lord and killed him instead, giving BB control of all of Lord’s resources as the Black King of Checkmate. Obviously Booster Gold would side with him (because they be BFFs/gay?). This leaves us with a vengeful Blue Beetle and a spiteful Booster Gold with an army of OMACs and unfettered access to the Time Stream.

It might go without saying, but in the Dark Multiverse version of Blackest Night, OBVIOUSLY the Black Lanterns have got to win!

I’m not sure about The Judas Contract… since Terra’s death was a huge part of the original story, maybe we’ll see how the world of the Teen Titans changes if she were to survive. Especially since, in a way, her death redeemed her from her betrayal in the eyes of her former teammates.

Other than those Dark Tales already announced, I’d like to see:
A world where the Legion of Doom defeat an alternate version of the JLA or JSA that commanded the powers of each of the elemental forces. By doing so, they would then claim the titles and powers that come with being the Avatars and/or Heralds of those forces of nature. So for example, Swamp Thing’s powers over the Green and all plant life would shift to Poison Ivy, Animal Man (the Red, animal life) to Cheetah, Aquaman (the Clear, aquatic life) to Black Manta (or Ocean Master?), Hawkman/Hawkgirl (the White, air elementals) to Black Adam (or Malcolm Merlyn?), etc.
Sorry for the long comment, but tell me what you think!

Really like the Legion of Doom scenario that you came up with , that would be an epic storyline.

Thank you thank you! And here I thought I was just overthinking the whole thing

It’s not tied to a notable storyline, but I’d enjoy a Dark Multiverse take on the Legion of Super-Heroes.

Come to think of it, I suppose The Great Darkness Saga could get a DM remix. Maybe Darkseid wins and the Apokoliptian fit hits the shan? If Paul Levitz wrote it with Giffen on art, that would make for a fantastic read.

Emperor Joker would be wild, the story where parasite took over Lois’ life or the any of the ones where Superman fights Darkseid and they offer him Apacalypse,

I’d be game for Our Worlds at War as filtered through the Dark Multiverse lens.

The Hush arc of Batman, as well the debut arc of New 52 Justice League have potential in another round of TOTDM books too.

What about a story about the powers of Shazam…
Everyone knows Billy Batson as the “World’s Mightiest Mortal”. But what if the powers were instead bequeathed to/stolen by Mister Mind?? This could give us a deeper insight into the Seven Magic Lands through the eyes of the conquering tyrant, the “Dark Multiverse’s Mightiest Larva”!! 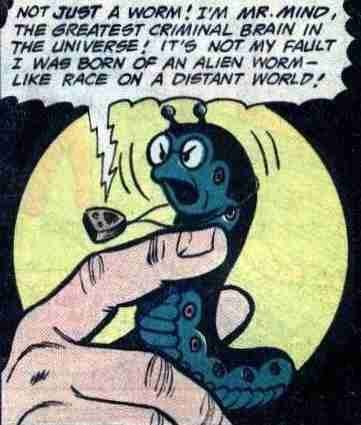 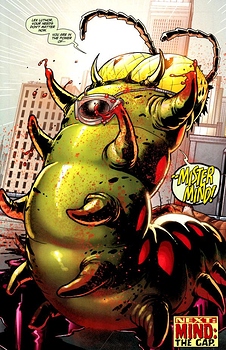 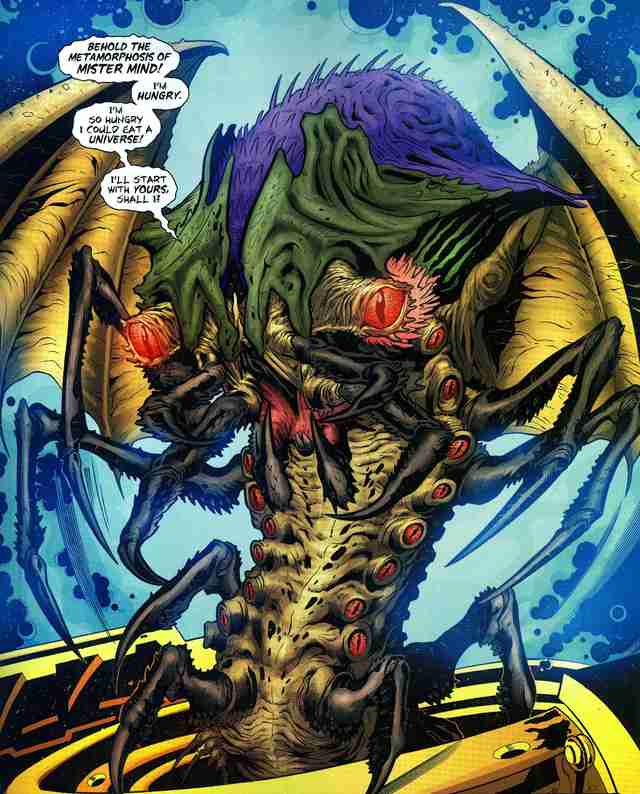