[Superman Fan Club] Presents: The Issue a Week of Superman Silver and Bronze Age Challenge of the Super Fans, Week 10

Welcome to Week 10 of a very special challenge / contest reading one single issue a week from the currently- digitized DC Universe Infinite collection of Silver and Bronze Age Superman and Family comic! 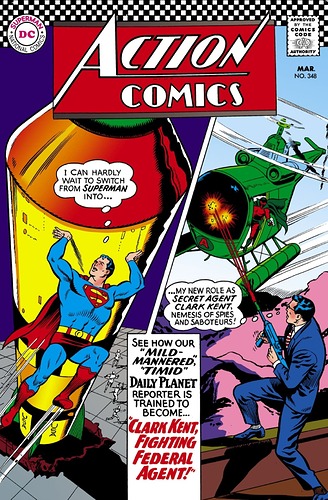 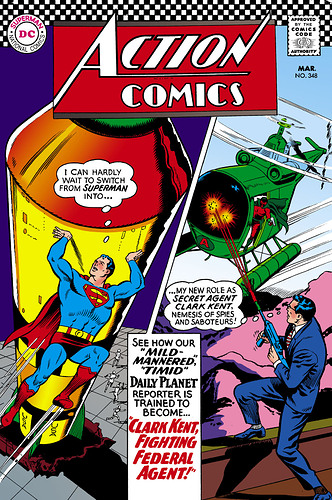 I flipped through Action #348

Current Challenge of the SuperFans Standings:

You can always join in or catch up. Just @ me once you check out a previous week and I’ll update this Super Important Sheet!

Action Clark to the rescue, who needs Superman, they should have Clark Kent starring in Action Comics from now on. It was enjoyable to see Clark get some props, but as usual, i like how the villains always ignore his Super Powers when they are shown, like the metal bar bending over his head and almost breaking their hand when they hit him. As to the backup, it must’ve been before Superman/Girl Robots became cannon.

As good as the story was (a big improvement over the Supergirl-Wonder Woman story from a couple of weeks ago), the bent metal bar was indeed a problem. If a metal bar DID get bent upon contact with an ordinary person’s head, that person would be dead. Good story otherwise.

The Supergirl story was okay, but disappointingly limited in scope (most of it takes place at the college). The testing was quite interesting though.

The alkalai jacket at least allows Clark to wear a different color.

It’s not 2022, the one guy wearing a mask seems suspicious.

Poor Clark, he can’t ever win. By the way, Kurt Schaffenberger steps in to draw Lois for those two panels.

Good story as Superman has to save the day without giving away his secret identity in a bit of a new way. He only shows up as Superman in parts of pages 3 and 4.

LETTER PAGE!
One reader asks if DC gets any royalties for all the Superman merch they sell. The Editor responds of course they do, but all the money is poured back into the comics to make them better.

“The Assistant Supergirl” is by the usual team of Leo Dorfman and Jim Mooney.

Isn’t that nice? You save a civilization and they send you a helpful gift. This one even comes with fake papers to let it go to college. As usual, it’s too much of a good thing. Robot Kara is convenient and annoying, kind of like the internet.

Considering the nation’s blood supply is really low at this time, maybe colleges need to do a few mandatory blood drives. I guess Kara could give blood under a red sun, but that might not be a good idea. 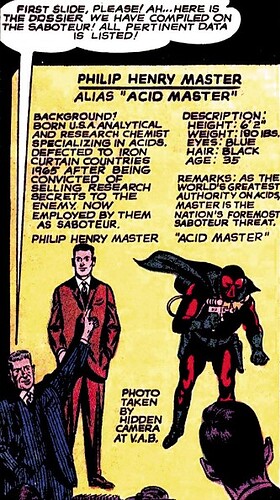 Convincing and all too real typical American turned traitor origin story, all about the money! 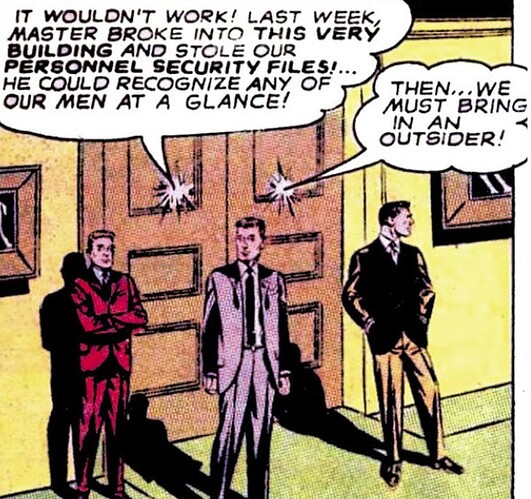 Pretty slick story logic on why Clark K gets called into action for Uncle Sam! 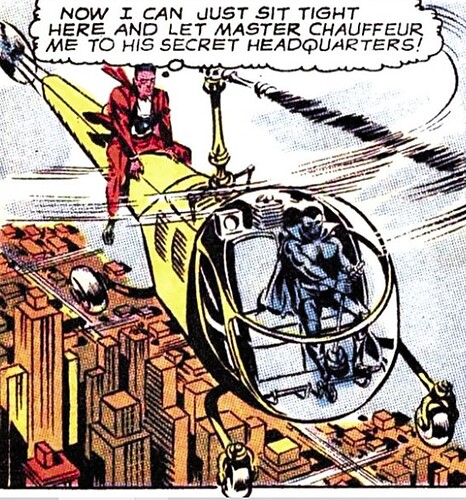 ha ha…this scene was worth it all. Of course no one could possibly look out a skyscraper window to see all this… 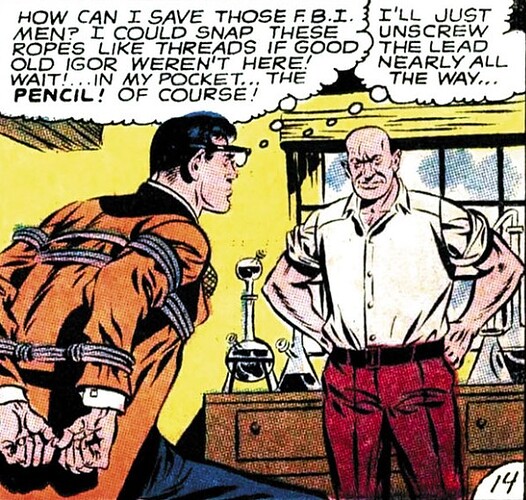 Note kids, bad guys don’t wear ties, so they are easy to spot!!!

All this acid play kind of got to me, acid is super dangerous to deal with or to treat if you get exposed to it. Odd theme for a comic made for kids. I assume this was the first and last we’ll see of Acid Master. Of course around the same time we did get Metamorpho…

The Supergirl story was short and sweet. I kind of wish the robot had been allowed to stay a while, I mean Clark has closets full of them successfully.