Superboy in the Legion of Superheroes

How do you guys feel about Superboy being in the Legion? I like the Legion much better without him. I don’t have anything against the boy of steel but it just seems like he overshadows the rest of the team. What does the DC community think about it?

The Legion was created as supporting characters for Superboy, so it seems natural to me.

Whether this iteration of Superboy overshadows his Legion comrades is moot. He should not be on the team but instead, he should be back home on the farm enjoying the life of an eleven-year-old.

Agreed. I think this was their way of getting rid of Superman being a father. It’s too bad because it was a good storyline.

When I think of Superboy and the Legion I think of the Bronze Age so it seems perfectly natural. 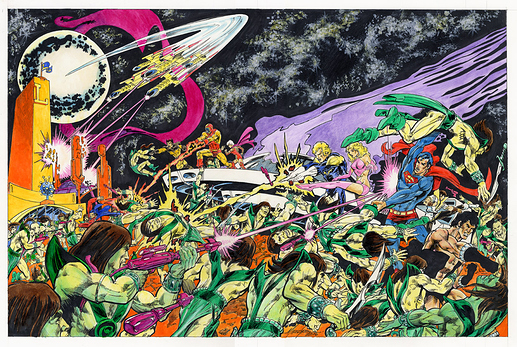 I personally want new Clark as Superboy stories with Legion.

I think it works best where he’s more of a guest star that might show up for 3 Legion comics a year that kind of thing.