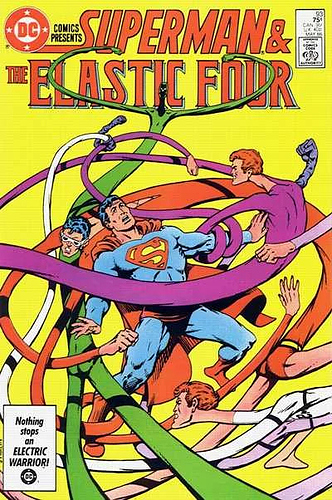 image400×602 285 KB
hello, hello, hello! my name is SuperBlueGrodd, nice to meet ya! are you an ex con who fell into unknown acid? a child who was obsessed with contortionists and therefore spent life trying to figure out how they do it? a actress who gained strange powers on set? a fan of elastic characters in general or great stories featuring said characters?
if you are one or all of the above, then welcome, welcome, welcome to the @StretchyBookReadingPals club!

you can join here!

how the club works:
Each month I will be creating a new topic and tagging the club there. within the topic, I will reveal the books for the month, and after that, discussion can begin!

make sure to contact me if you have any questions or concerns!

Awesome. I look forward to expanding my knowledge.

are you an ex con who fell into unknown acid?

I wouldn’t consider myself an “ex con”…but I did fall into unknown acid recently which has now given me stretchy powers…does that still count???

Absolutely! (Also, welcome THE and Q!)

do you have a favorite elastic character!

if so, why are they your favorite?

what’s your favorite story featuring an elastic character or the power of elasticity?

Edit: I really love the name you chose for this club

really love the name you chose for this club

do you have a favorite elastic character?

Ralph Dibney. It’s in the name. I also like it when Jimmy Olsen joins the club.

I liked the Elongated Man mini from the 90’s. It had a minor villian called Lutefisk. If you’ve ever heard of lutefisk, you know it deserves the label of villainy.

Congrats on the club @SuperBlueGrodd 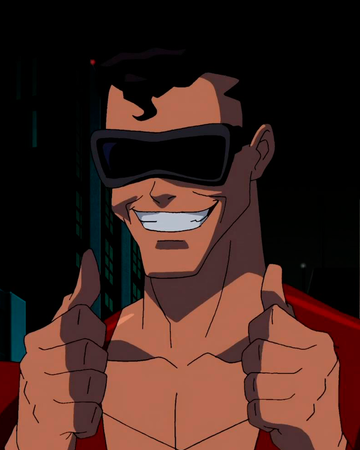 Hey @StretchyBookReadingPals, I apologize for not giving an update last month. I went ahead and took a break, but I’m trying to get back up. There won’t be a new discussion today, but I’m working on one for the last two weeks of the month. Either way though, we’ll definitely be back up and completely running by December when we’ll have a month long discussion over various holiday themed books featuring our favorite elastic heroes.

Thanks for the update!!!

Hey @StretchyBookReadingPals! I realized that I had to get something/anything out, so I decided on using this thread to give you some optional reading while I work on something more formal for next month.
Since Valentine’s Day is this month, I thought we could go over the first issue of Identity Crisis.
It may seem like an odd choice due to it’s morbid tone, but I thought it was kind of a good representation of the romance between two of my top favorite characters (which is the only thing I really appreciate about Identity Crisis, especially because all of the things it did to my top favorite characters lol)

Hey there, @SuperBlueGrodd, I just realized you had a club! The Elongated Man is my favorite stretchy character in DC. I love(d) his relationship with his wife and his detective skills. I can’t remember the issue number or name of the story now, but I know there was an issue of the Justice League where all the heavy hitters were down and only Ralph was left to fight the villain and he ended up saving the day.

This was my second time reading Identity Crisis.
It was an emotional issue, I definitely got teary eyed.
I loved Ralph’s flashbacks to meeting Sue.
I have a lot of issues with this series, but I do love Ralph.

I will definitely have to search out for that issue, sounds great. This has reminded me of my read through of Ralph’s every chronological appearance, actually. I’ve been caught up in so much other stuff that I fell off of it for a little, maybe I should continue it soon… someday I will make it all the way through the list and truly earn the title of being his # 1 fan.

It was an emotional issue, I definitely got teary eyed.

It was most definitely an emotional issue. It sucker punched me right in the feels

Was this your first time reading anything from Identity Crisis?

What did you think of the issue?

I liked it. It sets up a lot. Kinda wordy but it almost has to be, with everything that happens in this event.

What did you think of Ralph’s flashbacks?

They’re cute. I enjoy those types of flashbacks.

Did you cry like I did when I first read this?

No, but only because I don’t know Ralph and Sue very well. (One of the reasons I’m in this club) I’ve read this series before and the first time I had absolutely no idea what was happening. The second time it made a lot more sense.

Where have I been this whole time?!?