Some Easter Eggs From This Week’s Stargirl, “Hourman & Dr. Mid-Nite”

Maybe you guys noticed some movie posters outside the theater before we go in and see The Gambler… Well, I’ve got some good, close-up looks at them, because I designed them for the show! 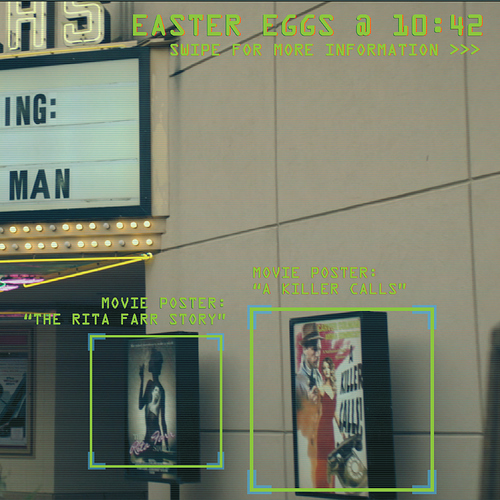 First up, “The Rita Farr Story” 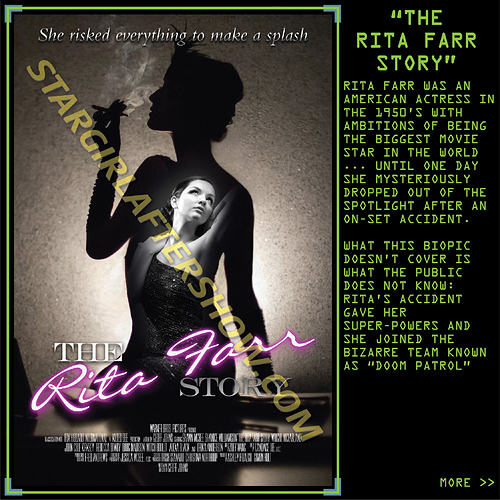 Next, “A Killer Calls” 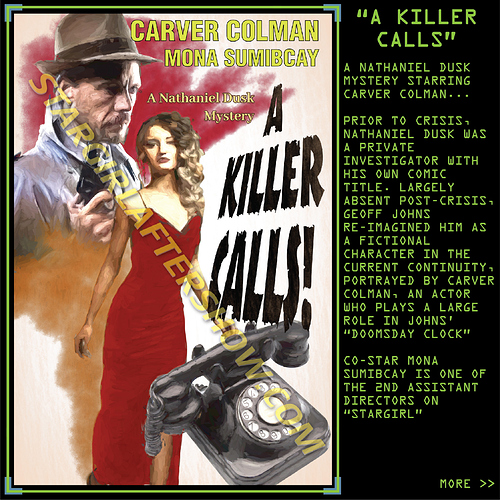 And, this is actually from the first episode, but I was waiting to see if we ever see it better before posting it, “The Liberty Files” 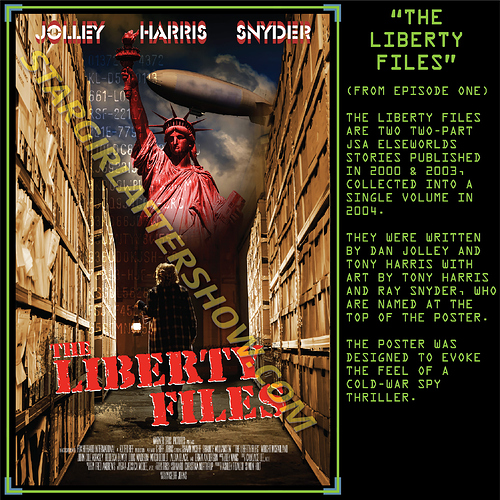 There’s one more poster and a few more Easter eggs for the episode, and I’ll post them in the comments below a bit later…

That’s cool! I missed it, thanks

Cool! Thank you for sharing them

What can you tell us about the names in the small print in “The Rita Farr Story”?

They’re mostly crew members. The film was produced by Fox-Hibbard International, which is a reference to JSA Creators Gardner Fox and Everett E. Hibbard. “A Kilted Bee Production” is a reference to my last name (McBee) and the rest of the names are various crew members. Off the top of my head, I believe I made myself one of the leads, my wife was the DP, and I have the Set Designer, Art Dept Coordinator, most of the Art Dept, some Set Dec people and a couple of the production office crew on there.

Any time you use a name on something in a movie, the legal department has to clear it to make sure it might not be mistaken with a real person who has not given their permission to use the name. But when you work on a movie, you give the production permission to use your name, so using a bunch of crew member names is usually the most expedient AND it’s a nice way to get someone’s name on screen when they don’t have an on-screen credit (as most people do not on TV).

Though, I have worked on one show in which we were strictly forbidden from using crew names. Weird.

You did an amazing job!!