Shazam! vs. Batman Returns, Which should you watch during Christmas? 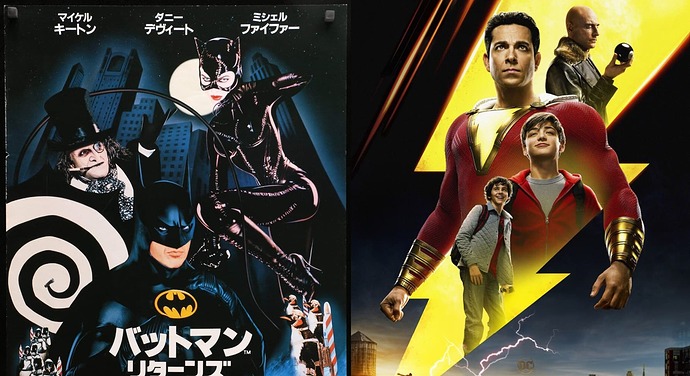 Ho, Ho, Ho! Merry Christmas my fellow fans of DC comics, and today I’ll be comparing DC’s two Christmas films, Batman Returns and Shazam, to answer the question “Which should you watch?”

Right off the bat when comparing the two it is inevitable to think, “how prevalent is Christmas in both?”. In Batman Returns, Christmas is a lot more advertised. In the beginning Christopher Walken throws out presents in a very unenthusiastic manner as people compare him to Santa Claus, Selina’s mother calls Selina to talk about Christmas, the relighting of the tree ceremony and the masquerade ball hosted by Christopher Walken, are all examples. Although Shazam doesn’t mention Christmas nearly as much, it’s presence is felt nonetheless. The snow, lights, decorations and all around message give off the feeling without necessarily dwelling on it.

And of course you have to ask, “which has the better score?” . All Christmas film connoisseurs know that the music is integral to setting the tone of that Holiday movie. While Batman Returns has the better music, with beautiful instrumentals by the classic composer Danny Elfman, Shazam goes the usual route of a peppy, joy-filled compilation of popular songs and some of the film’s own, original pieces helping the viewer get into the joyous mood of the Christmas season, but if you are the type of person that considers Krampus a Christmas classic, I don’t think this would matter to you.

But what everybody wants out of a Christmas movie is that sweet, sweet message, freshly baked straight out of the oven to give to the young lads watching, in hopes that those morals will inspire them. I already mentioned Shazam’s message earlier, and it’s what I believe to be the film’s strongest attribute. The plot tells a magnificent plot about found family, expertly shown with a great contrast between the hero and villain. If you feel no joy at the “all hands on deck” call back in the climax, you have no soul. But on the other hand Batman Returns’ climax is a bunch of non cgi penguins marching to destroy Gotham City with rockets on their backs, so I’d say in the messaging department the two are evenly matched.

So, which movie should you watch this Christmas? Both of them, because they are both better than at least half of Christmas movies out there.

Batman Returns. I love Shazam, but if we’re picking better Christmas movie it’s Batman Returns, because it beats you over the head with how much Christmas is in it. Christmas isn’t subtle- it’s in your face 24/7 (which is why Halloween is superior).

The best live-action superhero movie ever.

Definitely Shazam for me. It has more of the family feels as well as being set during the holidays. Also, I just like the movie more… 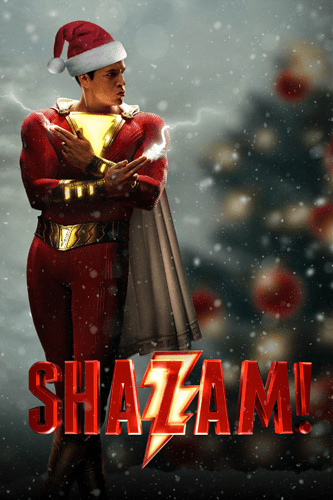 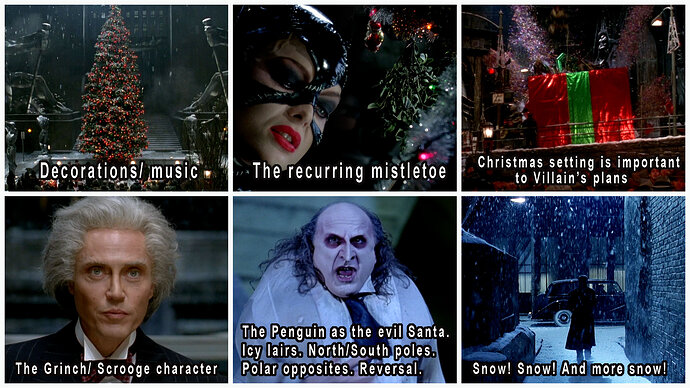