Set The Mood: Static, Then & Now 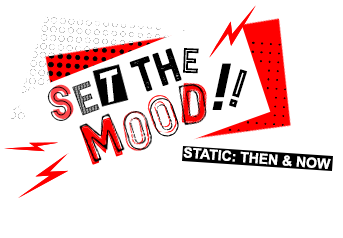 After a month of tackling Milestone Returns, I’m eager to close it off with my (obvious) personal favorite – but since I’d already done a Static board late last year, I thought it’d be cool to revisit his comic history as a whole and pick out some of my favorite scenes to compare to the vision of Static: Season One.

With excerpts from Static (1993 - 1997), Static Shock: Rebirth of the Cool, and Milestone Returns: Infinite Edition, I created a different style of moodboard that’s more like a scrapbook of important events/characters in Static’s life. 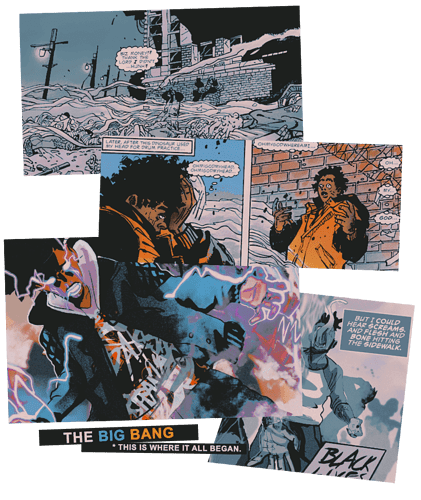 The origin of the Big Bang tends to be one of the biggest differences between the Milestone and Milestone Returns storylines. In the initial Static comics, Virgil came to Paris Islands’ “Ground Zero” with plans to murder his school bully, Martin “Biz Money B” Scaponi, due to the then-prevalent pressure of gangbangers. After a sudden change of heart, Virgil heads to the docks to toss the gun he’d loaned from a friend, only to soon after be caught right in the middle of a giant turf war – one that was dispersed by the infamous Quantum Juice tear-gas that changed Virgil’s life.

In Milestone Returns, however, the Q-Juice tear gas was used with unnecessary force against peaceful protestors (among those being Virgil and his friends). The scene of the Big Bang here was a lot more gruesome and focused more on the gorier details of what it felt like to be mutated, quite literally comparing it to dying. Needless to say, this take on the Big Bang was a lot harder to read for all the right details. 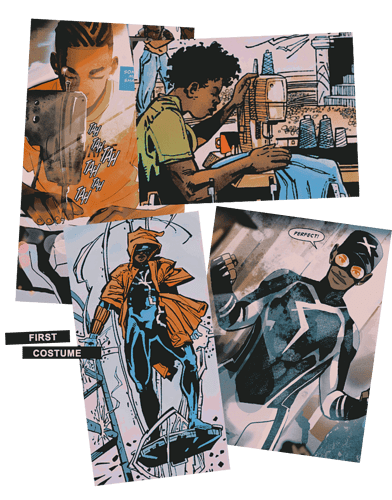 On a much happier note – I’m always down for a good costume origin story, and I love that Virgil made his all on his own! Specifically in Static: Season One, we get further detail on his sewing skills and learn that his older sister, Sharon, was the one to teach him, and used to help make costumes for him and his friends’ fantasy adventures as a kid. Too cute.

I know that Season One artist Nikolas Draper-Ivey also aims to keep a lot of his designs on par with those of the original comic, so it’s really cool to see that reflected in Static’s first take on his costume in Season One. 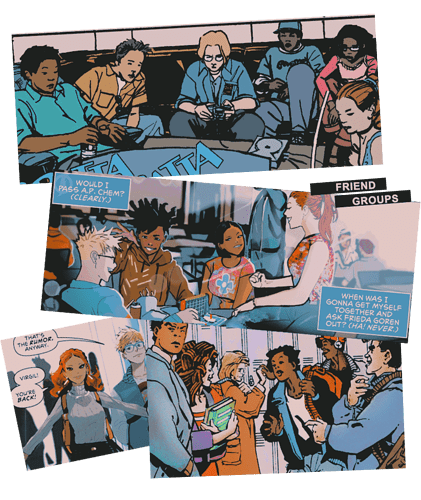 As for friends, it’s interesting to see how vague his relationship was with Richie – then called “Rick” – in the Milestone comics. I love how they expanded on their friendship over time. That goes for Frieda too, who we can see has practically the exact same hairstyle in the first two panels up there. I wonder if that was intentional! 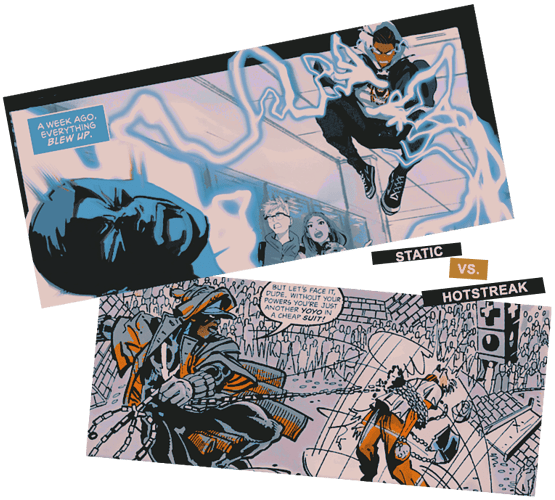 And finally, another huge difference between these series is where Hotstreak is involved. The main essence of blatant racism and ironic appropriation of Black culture is still hot on this one (pun intended), but otherwise he’s had a pretty big turn in design – and even a few name changes over the years! 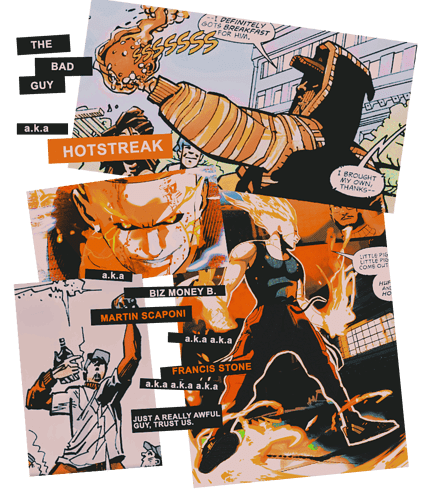 How do you feel about some of the differences in Static’s origin story?

Hope you like this as a tribute to one of my favorite writer. 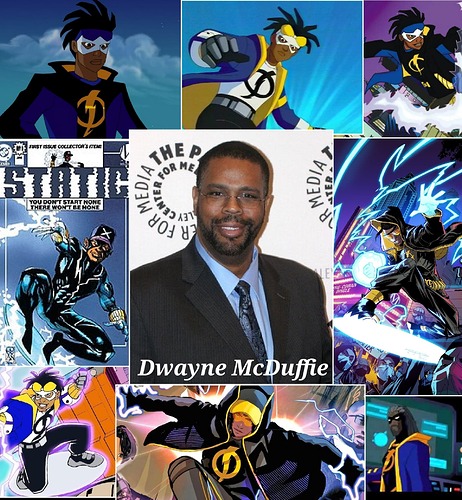