Season 5 The Flash Premiere!! October 9th!! Thoughts On Nora Allen?? Is this the Arrowverse Impulse or Bart Allen??

What’s up DCU. It’s almost that time of year. It may still still be 95 degrees outside, but fall premieres are upon us! I love Arrow, but the day Barry Allen was first had a cameo in an episode The Flash became my new favorite show. I’ve never binged this show on Netflix because I couldn’t help but watch every single episode a day or two after it recorded on my DVR. I think my favorite part about The Flash tv series is that they don’t really follow any particular comic story. They grab influences from characters and make it their own. Look at Savitar, that thing was just wrote up and used a name of a completely unrelated character. I can’t be mad cause it keeps me guessing. But coming up on Season 5 what are your guys thoughts on Nora Allen? Do you like the costume, the purple and gold lightning mix, her as an actor, and most importantly- did she replace Bart Allen??? Let talk about it! 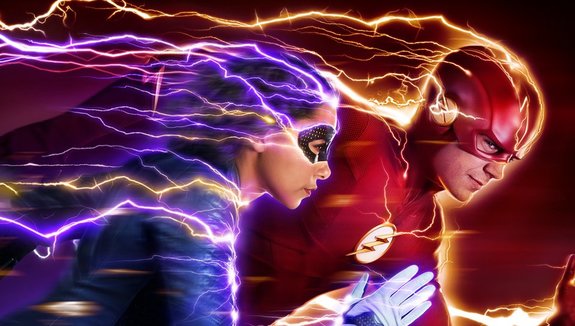 I’m pretty certain that I heard it mentioned somewhere that she is the XS of this universe.

I think she has carried the role well so far.

I can’t stand the actress(hated her on Black Sails)but everything sounds great. Very curious to see it all play out

These shows are lame. They need the writers & producers of AHS stupid🙄

Nora Allen II (Barry’s daughter) is going to be known as XS who in the comics is Barry’s granddaughter and Bart’s first cousin Jenni Ognats. What is a bit confusing is when I saw Joe and Cecile’s baby daughter being named kinda similar to Jenni (Jenna Marie West), I thought that she would one day be XS. Also, considering that both Jenni Ognats and Jenna West are of African-Americans, I thought that would be the case. Regardless, can’t wait until Season 5.

From everything I have read, including interviews with the showrunners, she is the Arrowverse’s version of XS. I think I have an idea as to where they are going with this, maybe not though. But I had her pegged as XS as soon as I saw her, but I really thought they would make her their granddaughter, like in the comics.

Oh sweet, I didn’t even know who XS was until I just looked it up! She seems like a neat concept to add to the story line. I never would have correlated it because like @andybonilla0116.2140 just said, she’s Barry’s daughter in the show.

I think maybe the point of making her the daughter rather than the granddaughter is to make it make more sense to the average watcher. More simple to say she’s an Allen, than to say she’s the daughter of another daughter of someone we haven’t been introduced to yet. So they don’t have to guess how the family tree stacks up. Now that you guys have educated me on who XS is I might go as far to think that they’ll use her as the mother of Bart Allen later on in season 5 or 6. Also the fact Mon-El is in the Legion of Superheroes and so is XS maybe they know each other. cause by then Barry and Kara would have gone between universes so much they’re like sister cities…but you know planets 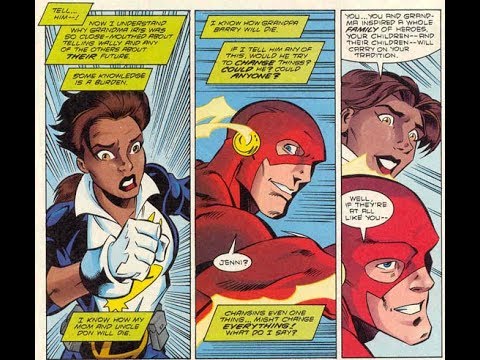