Rounding Up the Easter Eggs in the Titans Season 3 Premiere (SPOILERS)! 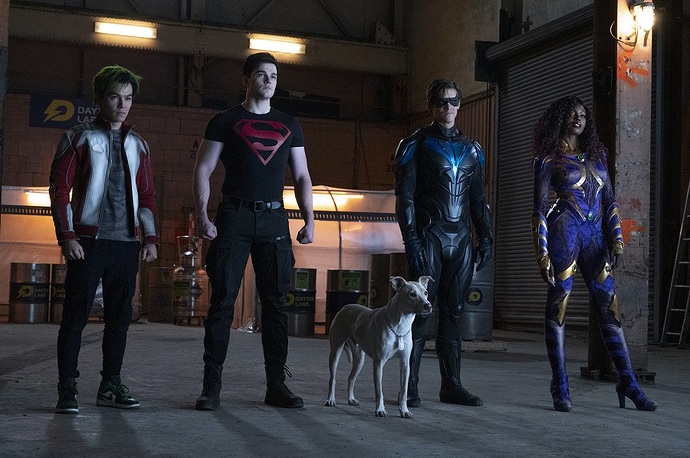 The Titans are back and they’re not messing around! The first three episodes of Titans’ third season just dropped on HBO Max and for Batman fans—or more specifically, fans of his second Robin, Jason Todd—they’re a tour de force. Red Hood is playing for keeps and it’s already clear that not every Titan will make it out of the season alive. Of course, alongside all of the action (seriously, how amazing was that first episode Nightwing fight?), the Titans team found room for plenty of Easter eggs nodding to the DC Universe as a whole. I imagine you caught some, but did you catch all of them?

If not, I’m here to help. From the introduction of key new characters to moments lifted directly from the comics to a clever nod at New Teen Titans artist George Perez, here are the Easter eggs you might have noticed while watching the Titans season 3 premiere.

To read the full list of Easter Eggs in the Titan Season 3 Premiere, head over to DC Comics!

Did we miss any Easter eggs? Let us know in the comments!

Right now I can’t say that any were missed…

I get so excited when I spot Easter Eggs

The many faces of Grumpy Barb, Titans Season 3: