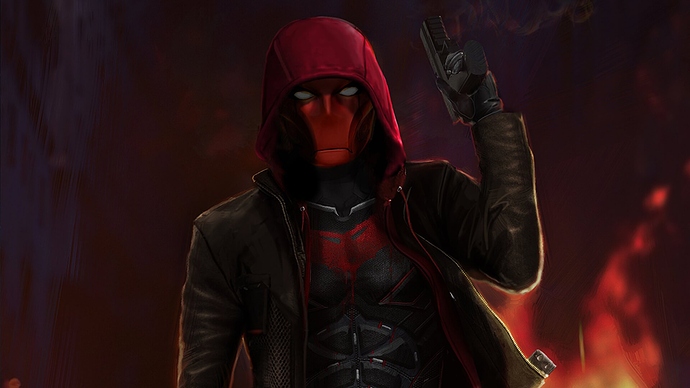 There is a Red Hood series in the works at the HBO Max streaming service, starring Titans' Curran Walters in the titular role.


I hope that this is true because Jason is my main reason for watching along with Dick. I love Curran Walter’s portrayal of Jason and I can’t wait to see him in the Red Hood suit in action! What are you guy’s thoughts?
6 Likes
Sean-Malloy November 13, 2020, 4:42am #2

I’m honestly not sure. It didn’t really give much evidence. I’ve never seen this site and I was hoping that maybe some of you guys have before and know if they are. I really hope it is though.

I don’t think I’ve seen it before either

Not being reported by any reputable sources. I wouldn’t hold stock in it as anything more than rumors.

There’s been rumors for a while about different Titans spin-off’s like Hawk & Dove and a Red Hood one (forgot where I read this) but until something’s official I’m just gonna expect nothing. Could still happen like Doom Patrol being a ‘sort of’ spin-off until they changed what the show would be like.

I like Curran Walters so depending on what comes of Titans S3 and his character (writing-wise) will probably effect my enthusiasm for anymore spin-off’s one way or another.

Bit of a bummer

What is it with the media trying to play with my emotions like that?

Don’t do this to my heart, p-please

Again proving once again that the writers and everyone involved behind the scenes know nothing about Titans and would rather be doing Batman and co. Just put this sorry excuse of a show out of its misery already. Love the actors and would hate to see them go but the show is beyond saving at this point.

No proof the show is happening