1_tS6OOXBXzZrr_VBRh3pA2w667×1000 148 KB
Synopsis: Clark encourages Lois to reach out for help after noticing her reaching a breaking point. Meanwhile, Jonathan finds himself in a dangerous situation. Lastly, Kyle encourages Sarah to audition for the musical revue at school.

What is this- Jordan is being sensible and Jonathon is being reckless. Am I watching a parallel Earth?

Wow, didn’t expect such heavy topics brought up in a superhero show.
Got the water works going

It worked so well as a tie-in to the Superhero side of the show and the more grounded human side of the characters. Amazing.

Phenomenal acting from Elizabeth Tulloch as Lois. She deserves an award!

Great to see the bond between mother and son explored with Jonathan and Lois. Jordan Elsass also acted fantastically well with the emotional scenes.

I saw an interview with Jordan Elsass about how Jonathan internalizes things and that was perfectly exemplified during the wrench scene and how he acted when Lois said “If you’re stressed or worried you need to tell us”. Great stuff.

One of the best things about this show’s how believable characters actions feel despite if they’re the incorrect answer. Between Jonathan’s recklessness and Kyle ditching on Sarah. They were both the wrong thing or mistakes to do but there’s a level of understanding still given with the writing put into those situations.

Morgan Edge’s reach is getting scary. I wonder how the rest of the story will go. If we’ll cut to John Henry Irons on his own journey or see him closer to the end and focus more time with Morgan Edge’s plot line. Can’t wait !

What is this- Jordan is being sensible and Jonathon is being reckless. Am I watching a parallel Earth?

I do like the shift they’ve build up towards. Seeing Jordan’s journey to become more responsible (hopefully) and Jonathan whose been the confidence one with everything going good in his life becoming insecure in his own self. Very interesting and ‘super’

glad they went into non-stereotypical routes with the characters on that end. 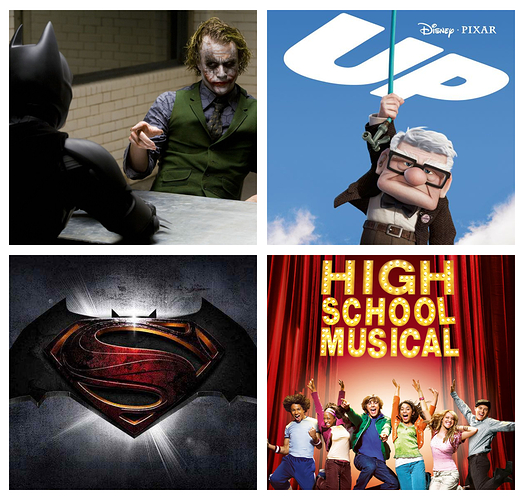 @NanoDeVice: Wow. that was a spot-on critique of Superman and Lois episode #8. I thought it was the best in the series so far, and my “waterworks” was also turned on by several scenes in the episode. Elizabeth Tulloch was amazing at her craft as an actor, as her emotions were stripped away in the therapy session scenes. A devastating subject to tackle on any TV show was deftly told here with heart, angst, and empathy by all the talented people who produce this series. And I completely lost it when Lois and Jonathan have that “heart to heart” at the end of the episode. Lois had nothing to apologize for and Jonathan instantly knew that when he saw the pain in his mother’s eyes. It was a beautifully written and acted moment of bonding between mother and son. The life-affirming humanity of this show is incredible.

We learn more about John and his family and what’s he’s been through and teased some other stuff about him.

Supes interrogates John doesn’t work well. A fight with and X Kryptonian and Lex try’s to stop him BvS style

Jordan seems to be doing good. Nice moment with Sara in a fun musical moment. Sarah and her pops were having some nice moments but sadly fell apart as Lana’s investigation goes further. I think Larr knows

Sam preparing for the worst as now this earth has a 7734 unit.

And Lois big reveals with miscarriage which makes sense with the kryptonian DNA and all. A shocking reveal and a great look at Lois trying not be in trouble and want to handle it all break down because she’s human and it doesn’t make her weaker to break down like this. And John getting curious and leading to trouble as well. Just great moments for both of them. Very well done.

Now John is on his way to something and the Kent’s prepare for war.

Wonder if Nat will show up fun there earth at the end as a twist?

What Edges army for? Can the Kent’s win? Is this the last Fo John Henry Irons? All this and more Same

This episode was so heartwrenching! The reveal of Lois having a miscarriage was so unexpected, and this is actually because of Crisis, Lois didn’t have twins in the previous timeline so she wouldn’t have been having a daugher.

What Jon went through this episode and how Lois helped him is the exact reason why I’m fine with him not having powers, “We are the extraordinary humans in a family of superpeople”, this quote is gorgeous.

Watched the latest 3 eps over the wknd, liking the show. Super glad to get Irons in live action. Best thing I’ve seen from the cw as far as writing and tone.