Are you excited for the return of Superman & Lois? Let us know your thoughts in the comments below!

What an amazing episode!

I love that we got more of Clark in the suit. The special effects of a certain rescue in the beginning were stunning for a television show. I know this has some money behind it, but it looks so cinematic!

I also like we’re getting more depth with the characters. Lana’s husband showing a less abrasive and frankly sweet side when it came to talking with Lana about something was really cool. Their daughter giving up going to the game to babysit was nice, too.
I love that Lois doesn’t take what Captain Luthor says at face value. She’s knows this guy isn’t the reporter he claims to be even before they go to the mines.
Everything with Jordan and Jonathan was great this episode. Jordan still has a lot to learn, even though what happened to him was caused by what happened in the beginning. And poor Jonathan! This kid constantly gets the short end of the stick since they moved to Smallville.

I’m so glad the show is back. It’s washed the horrible taste of the last few Supergirl episodes away.

Next week looks like it’s gonna be good. Then again, I say that for every episode. Thankfully, it’s been true so far.

So glad this show’s back!
Didn’t expect such sad and unfortunate events to occur

What a way to end an episode. The effects, the emotion, the music… chef’s kiss

There’s a great roundtable discussion with the cast where Tyler Hoechlin talked about peoples perception of Superman being boring for being the ‘boy scout’ type of figure but explaining how great Superman is that he’s good and not evil.

This episode really resonated with that message with him being tested but staying in control and his talk with Jordan about those feelings and the importance. This show just continuously proves that with good writing you don’t have to rely on making Superman evil to be ‘interesting’. He’s already interesting!

Anybody else think that gold kryptonite to take down Ultraman?

The opening with the train was great very well done and Supes wanting to help not hurt.

Lois on an adventure with Le… I mean Marcus to investigate the mines. The found the X Kryptonite and now know about Larr. Also like the Lois wasn’t trust Marcus fully form the start. And now she knows something. Funny how his explanation was similar to the one she gave to Lang’s.

Lana working with Lois and now promoting. Her husband showing some of his sweet side. Yeah he came off as a jerk at first but I think that was due to a lack of hope and depression. Hopefully that turns and his nice side prevails. The daughter movie night wa a fun too.

The football game Jordan getting cocky and John getting his QB wish. All was good until secrets were kept. Still like how they look out for each other. Sadly this lead to the broken hand. Another hit for Jordan wonder rig he’ll get his hand on XK to fix that.

Supes dealing with Tang was great. Peacefully. And Sam was way out of line there. And when Supes got mad it was awesome™

in one stare all the soldiers knew they messed up

Jordan with a nice scene with Lois until the what seems to be a seizure of sorts.

Just posting this to remind me later if this comment ages well. 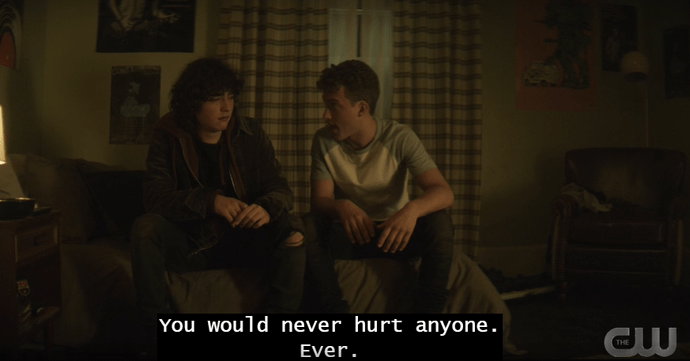 Can’t believe I forgot to post this before. I blame it on the long break lol 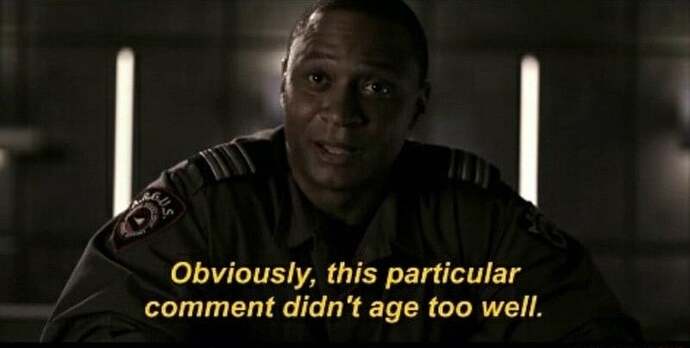