I began to notice similar concepts in both Raven and Lilith Clay. It got me thinking and there was some things I wanted to ask everyone.

For those who don’t know Raven: 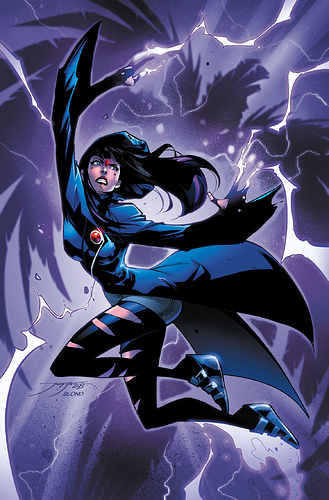 Raven_Vol_1_4_Textless1500×2277 660 KB
She battles her demonic heritage against her inter dimensional demon father Trigon with several powers such as flight, levitation, telekinesis, teleportation, and Time Manipulation. But only a few are officially confirmed being Astral Projection, Shadow/Darkness Manipulation, Empathy, and Precognition. She is also proficient in the use of magic, casting spells and, performing rituals taught to her by the people of Azarath to help her fend off her father. She is an omen of darkness as she is her father’s window into our world. Her real name is in fact Raven with no last name and the name Rachel Roth is an alias, completely made up to live here on Earth.

For those who don’t know Lilith: 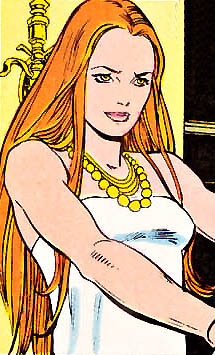 She she is a precognitive telepath has served the Titans as both Lilith and Omen. The name comes from her Precognitive abilities to sense the danger and/or terrible things to come. Said to be far more powerful than Psimon and said to be able to use psionic shields to repel kinetic force but it is unclear whether that is telekinetic or not. And before Infinite Crisis she showcased prokinetic abilities as she had no knowledge of her heritage or where her powers come from, and learns that she is daughter to Greek Mythology’s Theia. But that was all retconned by Infinite Crisis and there has been no indication of if knows where she comes from or if that bit of information is still the same.

So both Raven and Lilith are omens of bad things to come. Both have a heritage coming from a place of evil. And both have similar powers with Raven showcasing far more abilities, but both have showcased Precognitive and some form of Telepathic or Telekinetic abilities.
How would you feel if DC combined the characters? Do you even think they should? If so how would you like to see it play out? Like should she go by Raven or Omen? Should her real name be Raven or Lilith Clay or some combination of the two?
Personally I find the name Omen to be far cooler and more mysterious - in line with the character than just Raven. But I think her first name being Raven is cool. As for her powers, take Lilith’s Precognitive and Telepathic abilities and add Raven’s Empathy and Astral Projection with Shadow/Darkness Manipulation. Like her astral form is her demonic powers that allows her to manipulate shadows and darkness. Any other abilities they’ve possessed or remotely showcased like Telekinesis, Pyrokinesis, Teleportation, Levitation, Flight, etc. could just be spells she’s learned with her chant “Azarath Metrion Zinthos” as sorta like her abracadabra and/or meditation chant to keep her emotions under control.