Question For Readers of Wonder Woman

So I’ve just finished Greg Rucka’s phenomenal Rebirth run and I’m wondering if I should continue reading after. I’m afraid the next team won’t measure up. Also not looking forward to seeing more Darkseid. I could not care less about him so It’d be great if skipping it was okay, but what do I skip ahead to? Is it worth it to read all the way through or what would you suggest I skip ahead to? What is the next best thing after this amazing run?

Have you read his original run on Wonder Woman?

By original you mean George Perez’s run? No. It’s so big that I decided to hold off on that.

Start with his original graphic novel, Wonder Woman: the Hiketeia 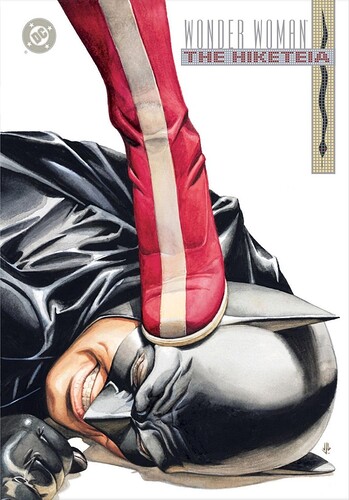 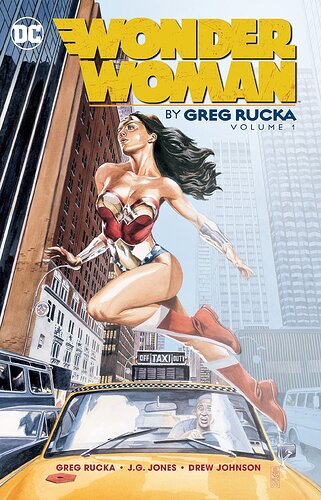 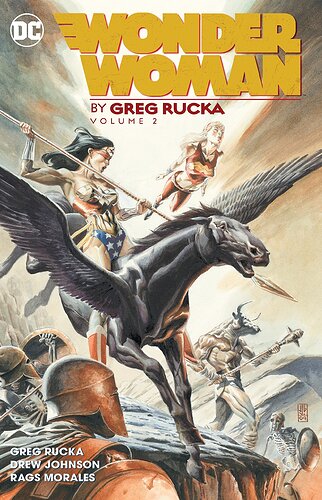 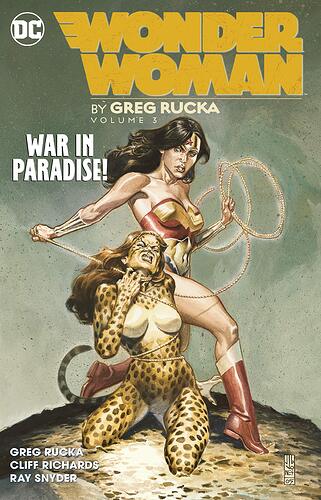 Oh I already read Greg Rucka’s original run! I throughly enjoyed it! But I personally like the rebirth run better. But have not read Hiketeia. Didn’t know it Rucka wrote that or I would’ve read it sooner! Thank you! But still what’s the next best thing after rebirth?

Well, there’s a guest arc by Shea Fontana that was pretty interesting. Probably not going to be in anyone’s top five, but it’s a five issue arc and might be worth a shot.

After that is James Robinson’s run that goes from #31-50, which I haven’t read all of, but what I have read was pretty lackluster. I was curious about the stuff that was hinted at from the start of Rebirth with Grail and Diana’s brother, and it just under-delivered in every respect.

Steve Orlando had a brief little run/arc, #51-55 which is REALLY good. The first issue is a one-off about Diana visiting a supervillain in prison and it is such a great character exploration issue. After that is a really cool team-up story featuring Diana, Artemis, and Aztek as they face Aztec gods and the Bana Mignall. Really great characterization and AMAZING art by ACO.

Then there’s a crossover between Wonder Woman and the other book she was headlining at the time, Justice League Dark, which was pretty good but you kind of have to read that book to really get it.

Then there was G. Willow Wilson’s run that lasted from #58-81. I’ve read the first arc or so of it and I’ve enjoyed it. It’s not as strong as her Ms. Marvel run, but that was kind of lightning in a bottle. It also fixes something that I thought was utter crap in Rucka’s Rebirth run of making it so Diana can finally return to Themyskira and be of both worlds, which alone makes it worth it for me.

Then Steve Orlando came back again for issues #82-758. This one I haven’t read much of other than the anniversary #750 issue. But between that issue and his previous arc, I’m willing to wager this one was pretty good too. If you liked that arc, I’d give it a shot.

But after that, what should be coming onto the service soon is the Infinite Frontier run written by Becky Cloonan which I definitely recommend. Actually, first will be the Future State: Immortal Wonder Woman two-part story which was really good with GORGEOUS art by Jen Bertel. Then after that we get a really cool story of Diana trapped in Ragnarok with little memory of who she is. It’s really good, with a sort of Hellboy-ish feel in terms of a lone figure dealing with creatures of myth and legend, with awesome art by Travis Moore. Plus it has a cool back-up story following a young Diana in Themyskira as she explores her homeland and finds secret history hidden from her.

So essentially, there isn’t any huge runs I would recommend, but there are some solid arcs and runs here and there and there’s a run to come that I think will be even better than Rucka’s.

Thank you so much! Now Ik I can skip all the Darkseid stuff and what to look forward to! Very excited to get to G Willow Wilson’s run the cover art by Terry Dodson is stunning and makes me want to read it!
However, I love what Rucka did in rebirth! I personally am a fan of Azzarello and Chiang’s run. I understand it has issues and why certain people hate it but I think it’s really good. Rucka took that and fixed and used it to fix everything people didn’t like about it which makes me like and appreciate if even more! WW never actually returning home, being lied to, we’re all very good plot points in the story I order to do that. But the next logical thing to do is put her through some trials that would allow her to go back home and open that up to her. So I’m also glad that it comes later.

I’ve read up through Orlando’s run. Mostly agree with Jay_Kay (which, if anyone remembers when I was active in book clubs, you’ll know that we have almost exactly opposite tastes, so that’s actually sort of surprising-) except I need to warn you away from Orlando’s run. I didn’t like his earlier arc at all either, but it’s a masterpiece compared to the full run. It gets kind of offensive, actually.

So skip Orlando got it.

Greg Rucka’s Rebirth storyline is still my absolute favorite after reading an insane amount of Wonder Woman comics this past year. I admit that for me, nothing has yet measured up to it. The next story in Rebirth is by Shea Fontana and I did like that one alright, and I think I particularly liked the art in that. A lot of the stuff that follows…I dunno. Liked bits and pieces but a lot of it just didn’t engage me.

To be honest with you, the series I enjoyed most that I’ve read since is Agent of Peace. It’s not part of an ongoing arc, just little individual stories each issue and all of them really just emphasize what is so great about Wonder Woman by putting her with a variety of other DC characters. Highly recommend that for some lighter, non-main-series reading.

Thank you so much! I also agree Rucka’s Rebirth run is my favorite WW story/run I’ve ever read, even better than his first one imo. I love it!