Nice!!! I share a birthday with P. Diddy & I can’t stand him. Strictly from a musical standpoint. He gets so much credit. He found Biggie; actually he didn’t even do that. Big was already known. He just signed em 1st. I give him mad credit as a business man. But his musical reputation is way overinflated. I’ll be missing u…the tribute to your best friend is- let’s take a song from The Police, & write lazy, terrible lyrics. Basically, just change one word. I’ll be watching u to I’ll be missing u. Like, this is your tribute to one of the best to ever touch a mic? Then, he sees the cash it made. Once again, genius businessman, then just starts taking songs from the 80’s. Grandmaster Flash & the Furious Five’s- The Message. Doesn’t even change the hook, just like I’ll be missing u. The hook is what makes the entire song!!! So, to me. It was just taking advantage of a tragedy. You capitalize off of your best friends death. Then it was nonstop 80’s tunes; keep the hook, write different lyrics leading up to & following the hook. The majority of rap, & all music genres, constantly borrow & bite others tracks from each other, & maybe even hooks. But just musically, not the actual words themselves. If u need any more proof. Just look at what he did when B.I.G. was on the top of the game. Just like Suge said when he called him out at the Source Awards. -If u wanna come to a place where your producer isn’t singing on your tracks, dancing all over your videos, come to Death Row.- he was more interested in promoting himself then his artist. Again, business-wise, brilliant. Musically, not cool. I’d definitely want my producer to be promoting me. Especially, if w/o me. He’s just a little start up called Bad Boy Ent. that nobody’s ever heard of.

Yeah, he was telling yet another story about why he changed his name (I heard a few different reasons for P Diddy). I was never a fan, and barely a fan of rap. He was just awful, couldn’t carry a tune, couldn’t dance. But back to the topic at hand, I still hope there’s a great turnout for the watch along and wish I could be here with everyone…

Agreed. I’m hoping to make it. I won’t even start about the name. I quit b4 I got there b/c I was already trailing off to the Wal myself, & I’m sorry u can’t join…

but if I make it. I’ll vicariously watch it for u. I know that’s probably not proper (the best) usage of vicarious, but it’s close enough.

And it’s much appreciated. I really liked the movie and wish we had gotten more Ray in live action. I’ve been enamored with Tovey for a while and always want more screen time for him…

in a week with Nicole Kidman.

I’ve been enamored with Russell Stover for a while

I’ve been enamored with Stove Top-brand stuffing since I was a kid.

Wish you could make the WAL @MovieAddict, but as I said before, a seat will be saved in your honor.

I’m hoping to make it.

Hope to see you here.

Drink a buttload of Dr. Pepper before and during the WAL and you should be fine.

Will do. I also found throwback RC. Love it. It’s even higher in caffeine then the Doc. But, I’m a pepper at heart for life…

I used to chug RC when I was a kid, but as an adult that’s a kid at heart? Nope. The last time I tried RC it was

Dr. Pepper though, that (as one of DC’s slogans in the '80s went) is where the action’s at!

It was supposed to say Tovey, went back and edited it. I need to figure out how to turn off autocorrect on my phone. Although, Russel Stover is pretty darn good…

@Vroom @capo-mage were you fans of Jolt Cola,“double the sugar and twice the caffeine?” I wasn’t…

Damn right. Gift boxes of Russell Stover-brand chocolates were a frequent Mother’s Day gift for my mom when I was little, and I’ll admit that I snuck 1 or 5 pieces from the gift box when she wasn’t nearby.

I need to figure out how to turn off autocorrect on my phone.

I gave up trying to do that. When Autocorrect “corrects” me, I just roll my eyes, ignore its “suggestion” and keep on, keepin’ on.

@Vroom @capo-mage were you fans of Jolt Cola,“double the sugar and twice the caffeine?”

Soda guy I am, I’ve never had Jolt.

I hear its the drink of choice for folks who stay up late at night online though, so you would think I’d have hammered down gallons of it by now, but nope, never had it.

Is it still around or like Tab, did it get discontinued?

had a Tab once, and purely because of Back to the Future

I almost mentioned it in my RC post. I was gonna say it’s no Jolt lol. I had a friend who’s house me, & our other friend always stayed for the weekend. His mom would buy us Jolt cola, & we’d stay up & do movie marathons. I still remember the day we found out they stopped producing it

Oh, just responding in order lol. Yeah, discontinued in the late 80’s. Here at least. I know everywhere it was. But, not sure if it was 80s everywhere. I’d think so tho?

Unless it was a celebratory, approved knock-off of the real thing…

Tab was definitely on store shelves at least until a few years back, because I had it while I was working my management gig at a movie theater, and would sip on it while screening new movies before they opened.

Oh…oops. I read the I’ve never had Jolt as in I don’t remember it…I see now.

sits back and thinks for a moment

Yep, that did 'er! Its officially stuck in my mental sponge, now.

S’alright though, as I love that song.

Apologies for the ultimate ear-worm. 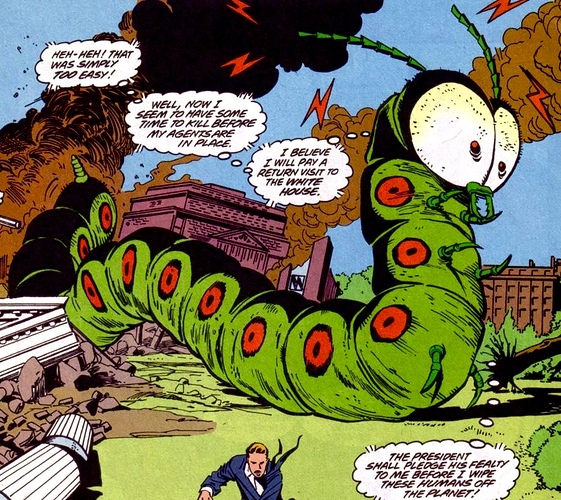 I am going to need one hell of a swatter for that.

looks up “fly swatters” on the Home Depot app

…Hey, I just found a Home Depot reference in…I believe it was Blood Syndicate? I’ll look……Yep it was. 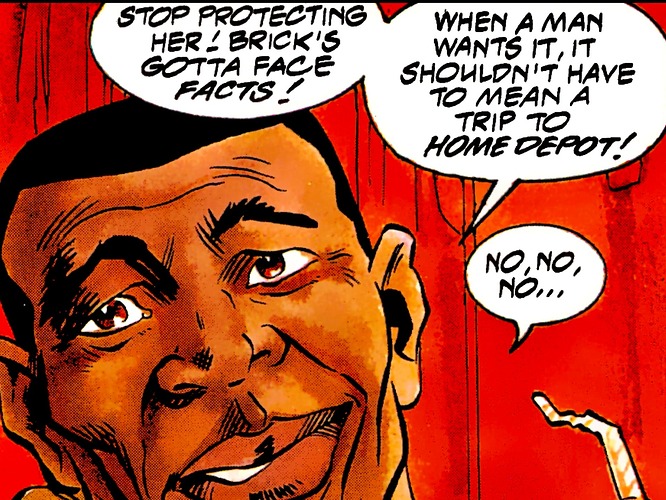